Home World ‘It is dead, but we are not going to announce it,’ says... 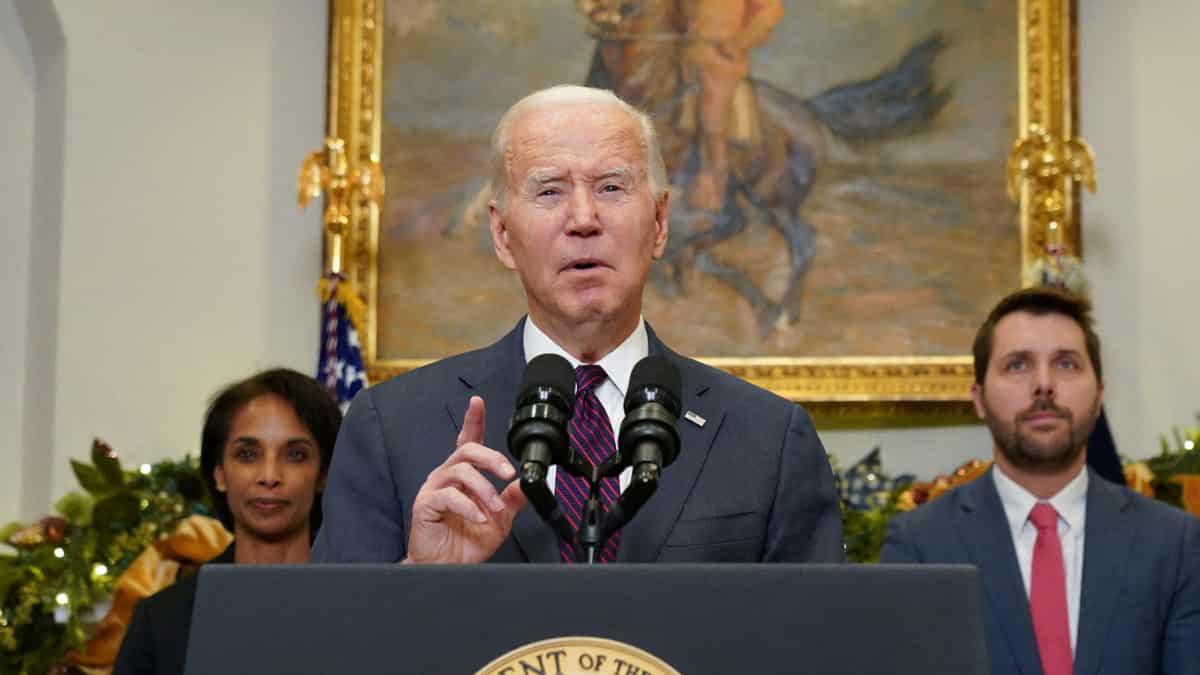 A video of US President Joe Biden saying that the Iran Nuclear Deal is “dead” is making the rounds on the internet. Apparently, the leader last month said that the multi-state deal to limit Tehran’s nuclear deal is dead. However, he refused to formally announce that.

The video that surfaced on Tuesday has been shared far and wide. It is believed to have been shot on November 3 during the US President’s visit to California.

In it, Biden can be seen responding to a woman, who can be seen wearing a hair ribbon in Iranian flag colours. The woman asks him to announce that the 2015 Joint Comprehensive Plan of Action (JCPOA) is no longer in effect. Biden, however, says no.

The White House hasn’t denied the video, and national security spokesperson John Kirby said that nobody was questioning its authenticity. He added that Washington still wants to restore the JCPOA but that right now due to the Ukraine war, it’s not a priority.

“The president’s comments are very much in line with everything we’ve been saying about the JCPOA, which is just not our focus right now,” said Kirby.

“There is no progress happening with respect to the Iran deal now. We don’t anticipate any progress anytime in the near future.”

“We simply don’t see a deal coming together anytime soon, while Iran continues to kill its own citizens and is selling UAVs to Russia,” he said, referring to the so-called anti-Hijab protests in Tehran and the government’s campaign to repress months-long demonstrations over its treatment of women.

President Biden asked if he will announced the Iran deal is dead by Iranian Americans:

“It is dead but we’re not gonna announce it”

Here’s a transcript of the conversation as reported by AFP:

“President Biden, could you please announce that the JCPOA is dead,” asks the woman, as Biden passes by shaking hands.

“Why not?” the woman retorts.

“It is dead, but we are not going to announce it,” says Biden adding, “Long story.”

The woman, and others next to her, then urge him to not make deals with the Iran government and say “they don’t represent us.”

“They are not our government,” adds another.

“I know they don’t represent you. But they will have a nuclear weapon,” Biden responds. The video ends here.

This comes as even after months of pressure Iran refuses to bow to pressure and accept the final stipulations of the agreement that would revive the JCPOA deal.

The United States pulled out of the agreement under the leadership of former President Donald Trump in 2018. Talks towards the revival of the 2015 deal have been on since April 2021 and as per AFP at one point early this year, Iran and US came really close to a deal.