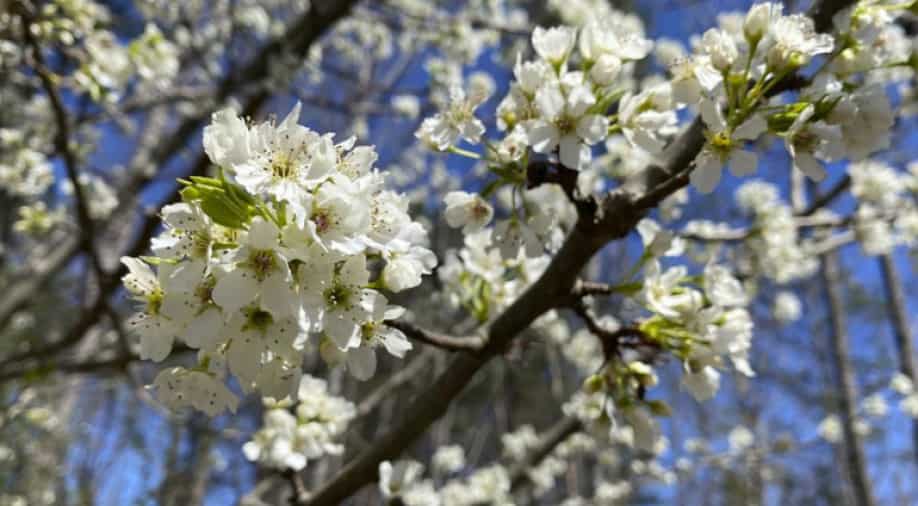 Invasive descendants of Callery pears have been found in more than 30 states of America.

The United States Department of Agriculture has described them as “Worse than murder hornets!”

Their smell has been compared to perfume gone wrong, rotting fish, chlorine, and a cheese sandwich left in a car for a week.

Callery pears were originally brought to the US a century ago to save ravaged pear orchards but now 24 ornamental trees have developed from them.

Though most of the invasions have been reported in the South and Northeast of the country, it has also spread to Indiana.

“If you mow it, it sprouts and you get a thicket,” said James Vogt, a scientist at the US Forest Service’s Southern Research Station in Athens, Georgia.

Watch: New rare species of crown jellyfish found in Monterey Bay by scientists in US

According to David R. Coyle, an assistant professor in Clemson University’s Department of Forestry and Environmental Conservation, ”Seedlings only a few months old bear spurs that can punch through tractor tires.”

“They’re kind of a food desert for a bird,” he added.

University of Cincinnati researcher Theresa M. Culley said, “A wild population can potentially originate from a single landscaping tree that someone plants in their yard.”

Scientists at the US Department of Agriculture had first observed a mutant growing from seeds of Callery pears in 1952.

They cloned an ornamental line by grafting its cuttings onto roots of other Callery pears which generated 24 more varieties.

New York City’s parks department spokesman Dan Kastanis said more than 58,000 out of 650,000 trees planted along the streets were Bradford and other Callery ornamentals.