Home Sports Indiana vs. Arizona: What to watch for in early-season showdown 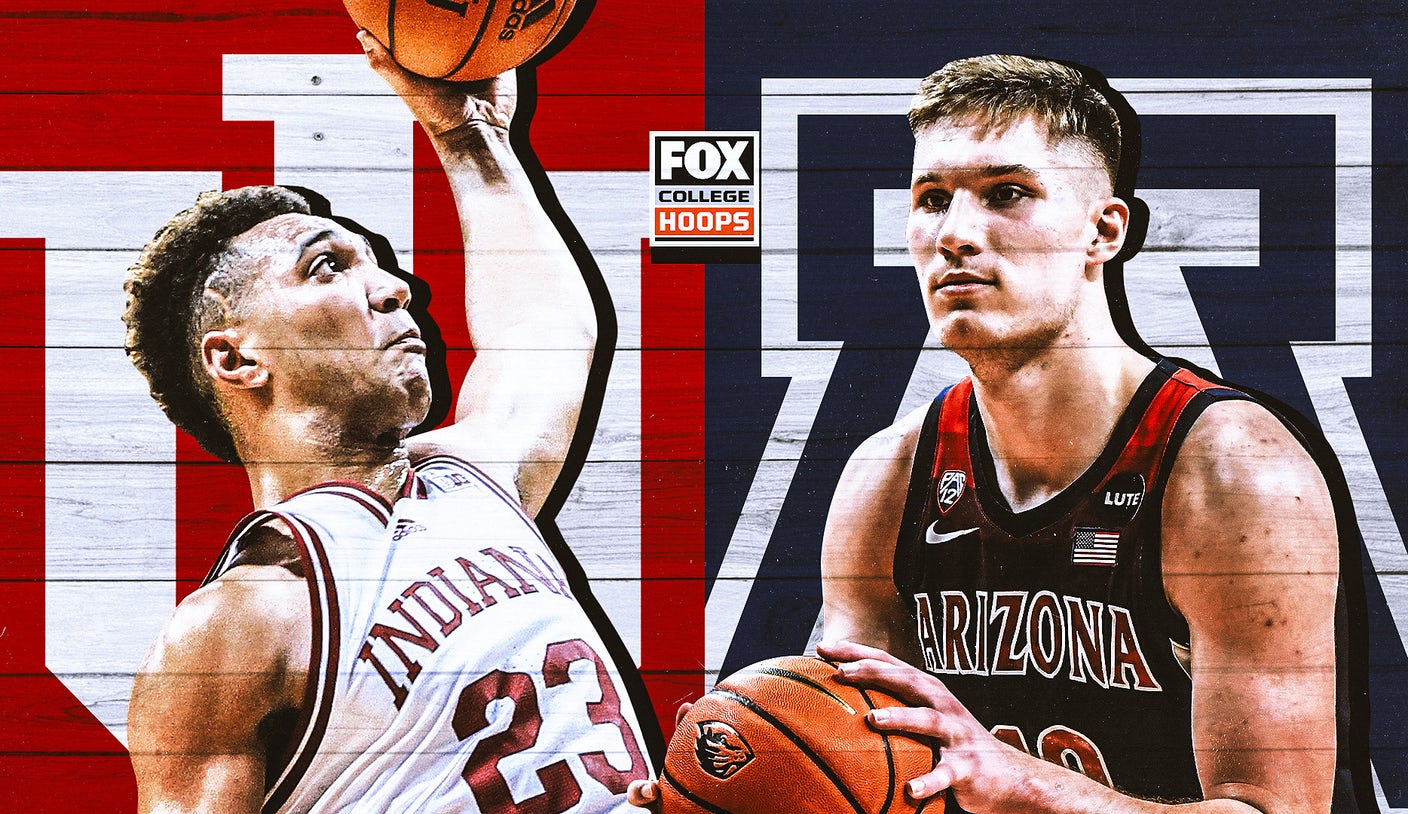 Two of the great brands in college basketball. A pair of top-15 teams. Las Vegas. Gus Johnson and Bill Raftery on the call.

What more could you ask for in a regular-season college hoops showdown?

That’s the stage for a much-anticipated matchup between No. 10 Arizona and No. 14 Indiana, which will take place at 7:30 p.m. ET Saturday inside MGM Grand Garden Arena. It’s a big-time game for the debut of FOX Primetime Hoops, a new package of highly anticipated Saturday night matchups featured on FOX.

The Hoosiers were projected to finish first in the Big Ten preseason poll and have lived up to hype during the first month of the season. Mike Woodson’s team is off to a solid 8-1 start with victories over North Carolina and Xavier. A matchup against a top-10 Arizona team gives Indiana a chance to show the country they are the class of the Big Ten.

Meanwhile, Tommy Lloyd’s Arizona team is off to a strong start as well, earning wins over Cincinnati, San Diego State and Creighton to bring home the Maui Invitational championship. The Wildcats suffered a loss in their conference opener last week to Utah, which was a surprising result. Will they respond, or did the Utes expose something out of the Cats that Indiana can expose in this game?

Here are three things to watch in this matchup.

If you like big men battling in the paint, this matchup is for you.

Arizona’s duo of 6-foot-11 Ąžuolas Tubelis and 7-footer Oumar Ballo are averaging a combined 39.2 points and 17.6 rebounds per game. Lloyd plays them together, and that combination has been difficult for opposing teams to defend.

Meanwhile, Indiana has an All-American candidate in Trayce Jackson-Davis (17.5 points, 8.9 rebounds per game) and fifth-year senior Race Thompson (6.7 points, 5.0 rebounds per game). Jackson-Davis came back to Indiana after deciding between a return to school and the NBA Draft, and the reason for his return is a game like this, and an opportunity to win a national title.  It will be interesting to see what the Wildcats’ defensive game plan is for TJD, who combined for 51 points and 16 rebounds in wins over Xavier and North Carolina.

Can Arizona’s backcourt take care of the ball against a tough Indiana defense?

This was the key question for the Wildcats last year, and it’s still one to watch this season.

Kerr Kriisa is the leader of this backcourt, but he has a new cast of playmakers around him with Bennedict Mathurin and Dalen Terry both being selected in the first round of the NBA Draft last June. Kriisa, a 6-foot-3 junior guard from Estonia, has gotten off to a great start to the campaign, averaging 7.8 assists to just 2.5 turnovers per game.

The Wildcats hit the transfer portal this offseason, adding Texas guard Courtney Ramey, who has scored in double-figures in all five games he’s played in this season. Pelle Larsson, a 6-foot-5 junior from Sweden and the reigning Pac-12 Sixth Man of the Year, has been tasked with taking on an increased role this year for the Wildcats. In the team’s lone loss this season to Utah, the trio got shut down, combining to go 5-for-27 from the field.

Arizona’s ability to take care of the ball and limit turnovers will get tested on Saturday night as Indiana fifth-year senior Xavier Johnson will look to make things difficult for the Wildcats’ backcourt. Since taking over the head coaching job at Indiana in 2021, Mike Woodson has made defense a facial point for this program. The Hoosiers currently rank 11th in the country in KenPom adjusted defensive efficiency.

What’s the status of Jalen Hood-Schifino?

The five-star freshman has missed Indiana’s last two games with a lower back injury, and Woodson has said the 6-foot-6 guard is day-to-day. The best performance of his young career came last week in the win over North Carolina when he had 14 points and six rebounds, making a pair of triples in the process. He’s averaged over 28 minutes per game in seven contests, showcasing his athleticism and ability to make plays for others.

Without Hood-Schifino on Wednesday night against Nebraska, junior guard Trey Galloway got the start and went off for 20 points, hitting four triples in the process. Tamar Bates, a key reserve off the bench, hit five triples and put up 19 points in the win.

If Hood-Schifino is back, that’s a welcome sight for the Hoosiers. Regardless, the ability of Galloway and Bates to knock down threes is huge for an IU team that can go through cold spells from beyond the arc.

John Fanta is a national college basketball broadcaster and writer for FOX Sports. He covers the sport in a variety of capacities, from calling games on FS1 to serving as lead host on the BIG EAST Digital Network to providing commentary on The Field of 68 Media Network. Follow him on Twitter @John_Fanta.