Home Entertainment ‘Indian Matchmaking 2’ teaser: Sima Aunty is back with a bang! 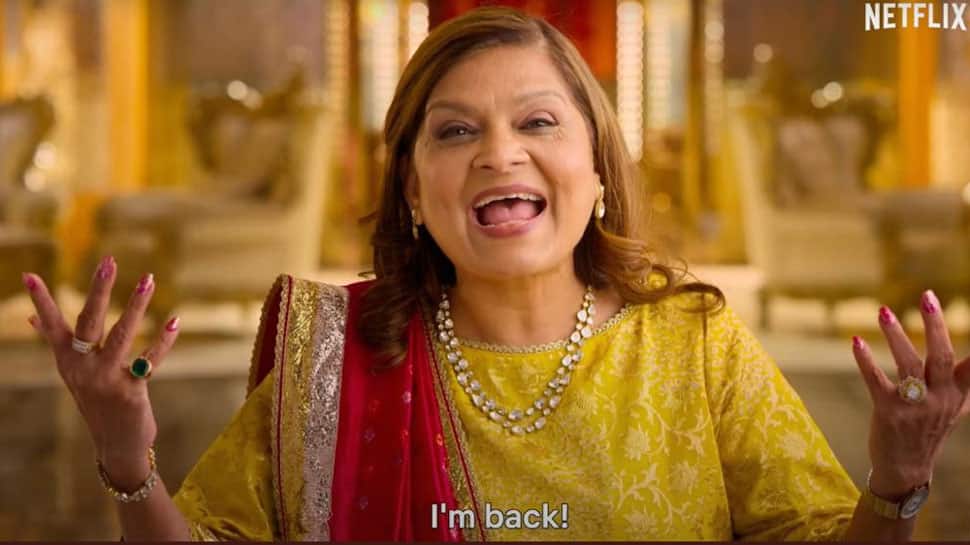 Mumbai: Actor Sima Taparia is back again as Mumbai matchmaker in Netflix original ‘Indian Matchmaking’, which is returning for a second season.

Sima Taparia gained fame and popularity right after the show dropped in 2020 and two years later, she is back again! After receiving a lot of love and great viewership, Sima Taparia will once again be seen as the powerful matchmaker in the show’s second season.

Netflix just dropped yet another teaser of the second season of the much-awaited show ‘Indian Matchmaking’ announcing that the show will be out on Wednesday. Netflix India’s official Instagram account captioned it, “Her efforts were meaningful, the stars have aligned and SIMA AUNTY IS BACK! INDIANMATCHMAKING RETURNS TOMORROW”.

For the unversed, ‘Indian Matchmaking’ sparked many controversies after its debut. Meanwhile, Sima Taparia secured a nomination at the 73rd Emmy Awards under the ‘Outstanding Unstructured Reality Program’ category. The first season of the show offered an inside look at the custom of matchmaking in Indian cultures through a contemporary lens.

The 8-episode series based on arrange marriages had a huge ensemble of interesting personalities, starting with Sima. The famous line from the show, “Hello, I am Sima Taparia from Mumbai,” had gone viral on social media ever since the show had released. While some people found the show a little regressive, it shed light on the bitter reality which is quite prevalent across India. It is hard to believe that the reality series was not designed as a comedy, with the awkward pauses, choice of music, and some of the dialogues that might leave you in splits. The idea of matching kundlis, finding a girl who has fair skin and a good height or is ‘flexible’ in nature, and the matchmaker`s famous advice – `you will have to compromise`, make up for most of the show.