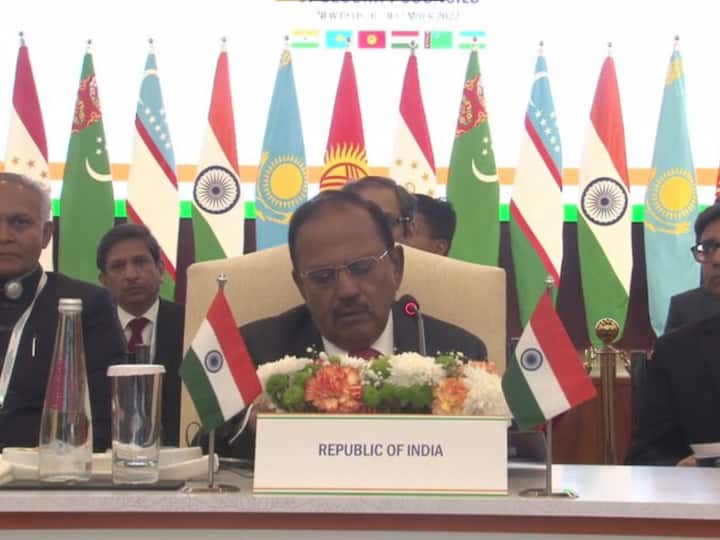 The NSAs of India and Central Asian countries on Tuesday called for collective action to combat challenges like terror financing, radicalisation, and use of terrorist proxies for cross-border terrorism while asserting that Afghanistan must not become a haven for terrorist activities.

The meeting hosted by NSA Ajit Doval also emphasised the need for respecting Afghanistan’s sovereignty, unity, and territorial integrity and urged non-interference in its internal affairs.

A joint communique said the officials agreed that the expansion of terrorist propaganda, recruitment, and fund-raising efforts have serious security implications for the region, and therefore, a collective and coordinated response is essential.

“The misuse of new and emerging technologies, arms and drugs trafficking, using terrorist proxies for cross-border terrorism, abuse of cyberspace to spread disinformation and unmanned aerial systems present new challenges in counterterrorism efforts and call for collective action,” it said. The mentioning of cross-border terrorism is seen as a reference to Pakistan’s support to various terror groups which have been targeting India.

The meeting also strongly called for an early adoption of the UN Comprehensive Convention on International Terrorism to effectively deal with the menace. It also reiterated that greater connectivity could be a force multiplier for enhancing trade and commerce as well as for ensuring closer interactions between India and Central Asian countries.

“They agreed that connectivity initiatives should be based on the principles of transparency, broad participation, local priorities. financial sustainability and respect for sovereignty and territorial integrity of all countries,” it said in remarks seen as an oblique reference to China’s Belt and Road Initiative.

In his inaugural address, Doval said financial support is the “lifeblood” of terrorism and greater priority should be accorded to counter terror financing. Describing Central Asia as India’s “extended neighborhood”, Doval said New Delhi accords “highest priority” to this region, adding Afghanistan is an important issue “concerning all of us”.

Doval hosted the conclave with a focus on evolving a common framework to deal with challenges of terrorism in the region including Afghanistan and ways to bolster overall security cooperation in sync with a decision taken at the first India-Central Asia summit in January.

Also Read: MCD Results 2022 Livestream: When And How To Watch Delhi Civic Poll Results On ABP

In his brief address, Doval largely focused on the challenge of terrorism, the situation in Afghanistan, and the importance of regional connectivity projects. “Financing of terrorism is its lifeblood and countering terror financing should be an equal priority for all of us,” he said, amid India’s growing concern over the use of Afghan soil for terrorist activities including by Pakistan-origin terror groups like Jaish-e-Mohammed and Lashkar-e-Taiba.

The NSAs of Kazakhstan, Kyrgyzstan, Tajikistan, and Uzbekistan are attending the conclave while Turkmenistan is being represented by its ambassador to India.