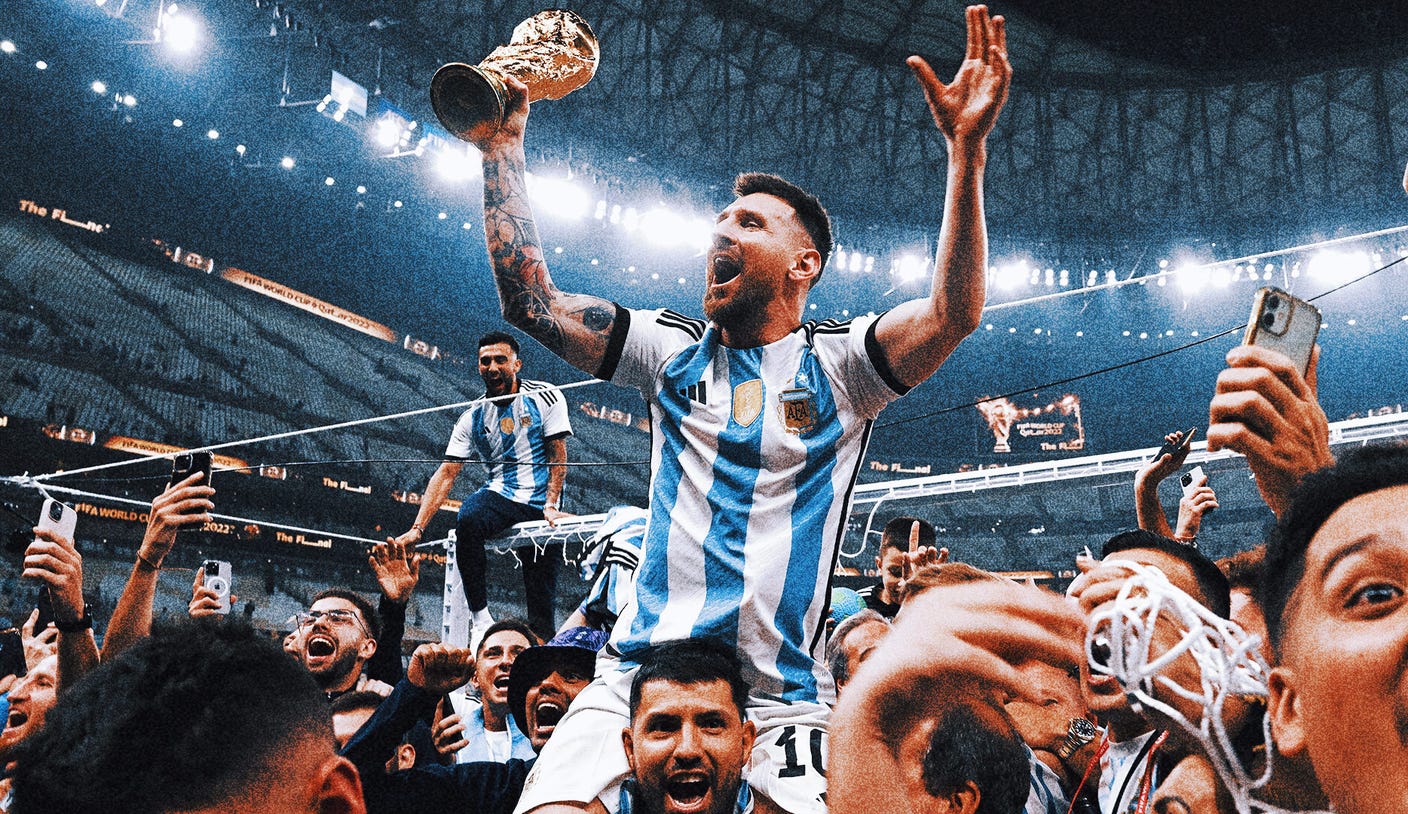 DOHA, Qatar — What happened Sunday is, quite simply, why people watch, play and love soccer all across the globe.

This World Cup final shows why they come in droves every four years, packing stadiums and subways and waving their flags and painting their faces. It’s why an infinitely greater number of non-travelers camp in front of their televisions, wear the jersey and scream at the screen just as loudly.

No, not because every World Cup night is a night like this, when Lionel Messi pocketed his slice of history and Kylian Mbappé nearly denied him and took his own step toward greatness, and when the drama was exquisite and the fairy tale complete.

Not because it happens every time but because this is what soccer seeks to be, the best of the best in the final game, shining, producing the highest intensity and the most unthinkable twists and turns.

Naturally, it doesn’t always pan out that way, mostly it doesn’t, but when the right factors combine this is a sport that tugs at the emotions, leans into its globality, leads to suspended belief and makes you wonder how any sporting entertainment could be better.

This was the ultimate one, the ultimate final for Messi, the ultimate soccer hero, and there might never be a better one, but over the past month there were so many breathtaking moments, extraordinary upsets, wild comebacks and thrilling group finishes.

Soccer’s biggest stages and grandest happenings energize its fan base, and within less than an hour of Argentina’s triumph, the streets around Lusail Stadium, and further down at Doha’s entertainment district of The Pearl, and along the West Bay, were filled with celebrating fans in Messi shirts and blue-and-white everything.

“I am just happy people are joyful,” Argentina coach Lionel Scaloni said. “It is just a football game, but it is true that for us football is not just football. We need to celebrate. Life goes on. Problems will not go away, but everything is just a little bit better.”

But the Argentina fans were not alone. They were joined by locals and by supporters from Morocco, Senegal, Saudi Arabia, Croatia, Mexico and many others, even rival Brazil. That’s what the World Cup does, and we see it every time. It is a time to party, win or lose.

This was a World Cup with an altered fan demographic, an unmistakably different look to it, with more visitors from, unsurprisingly, the Arabic countries than ever before, and an absolute multitude of Argentinians hoping to see Messi close it.

They came here, and they stayed out beyond sunrise, for this was a tournament that lent itself to such patterns, with frequent 10 p.m. kickoffs, and to see it and live among it and be part of it for a month leaves you with just one lingering thought.

Everyone should go to the World Cup, at least once in their lifetime.

It is a glorious, intoxicating, imperfect mixture, this event, packed with stories big and small and where fortunes can shift rapidly.

The thing that should never be forgotten is that the World Cup is, and must always be, about the fans, who come in hope and spend their money and yell their lungs out and, in virtually every case, depart on the back of a defeat.

They provide the true majesty of the game, the way they show loyalty undimmed and exercise hope eternal, amid all the frustration and annoyance and denied penalty claims and the times they wonder if it is all worth it, when their team doesn’t perform as they’d like it to.

There is the perfect excuse for most of our audience to get to a World Cup in four years, when soccer’s golden chalice comes to North America, a three-nation campfire between the United States, Canada and Mexico, quite likely the precursor to similar multi-host arrangements with the field expanding to 48.

In that sense, this tournament just finished will almost certainly remain somewhat unique, an Olympics-type feel where supporters from an array of different countries enjoyed the experience together in close proximity.

In a match for the ages, Lionel Messi took home his first World Cup title, denying France a rare repeat.

Such things get more difficult when there are multiple cities hosting games dotted around a huge country, leading to inevitably less co-mingling of fan groups.

But the World Cup brings people together in a variety of ways, shifting every four years, a worldwide community bonded by not just sports but by the mere fact that it is the most international of all things.

The World Cup lives and breathes and emanates the hopes of those who love it. A place where everyone wishes for magical moments like Sunday’s final, not because we know they’ll happen, but because we believe they’re possible.