Home National ‘If India Tries To Become Like China Or America, Then…’: RSS Chief... 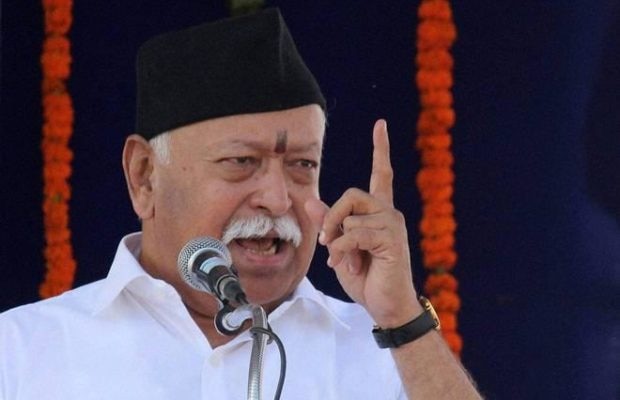 RSS chief Mohan Bhagwat on Sunday stated that if India tried to become like China or America then it will not translate into our development, news agency ANI reported.

Speaking at an event in Mumbai, Bhagwat stated: “If India tries to become like China or America, then it will not be its development. India’s development will happen on the basis of its vision, conditions & aspirations of its people, tradition & culture, ideas about the world & life,” ANI reported.

If India tries to become like China or America, then it will not be its development. India’s development will happen on the basis of its vision, conditions & aspirations of its people, tradition & culture, ideas about the world & life:RSS chief Mohan Bhagwat at an event in Mumbai pic.twitter.com/EAlb3r81yp

Mohan Bhagwat will give the plenary lecture on the sacrality of water and its juxtaposition with scientific thought at an international conference in Ujjain on December 28, PTI reported.

The “SuJalam” conference, organised by the Ministry of Jal Shakti and the Deendayal Research Institute (DRI), will take place on the banks of the Shipra river from December 27 to 29.

The three-day conference will include discussions on the conceptual and contextual issues confronting the water industry, as well as the glorification of water in the Indian knowledge system.

It will also focus on the description of water in folk traditions, social practises, and rituals, as well as attempts to compile a list of water-related festivals and their scientific examination, according to a senior DRI official.

The conference is a part of a “Sumangalam” series of events that aims to present the distinctive Indian concept of protecting the purity of the five fundamental elements of nature, or “panchamahabhoota” — earth, water, fire, air, and space — and achieving a balance between those for the survival and sustainability of life on Earth.

In Dehradun and Bhubaneswar, respectively, the first two conferences on “Akash” (space) and “Vayu” (air) tattva were organised. The conference on “Prithvi” (earth), which will focus on agriculture, will be held in Kashi on January 8 and 9, while the conference on “Agni” (fire), which will focus on power, will be conducted in Bengaluru on January 28 and 29, by the power ministry in collaboration with Vijnana Bharati.