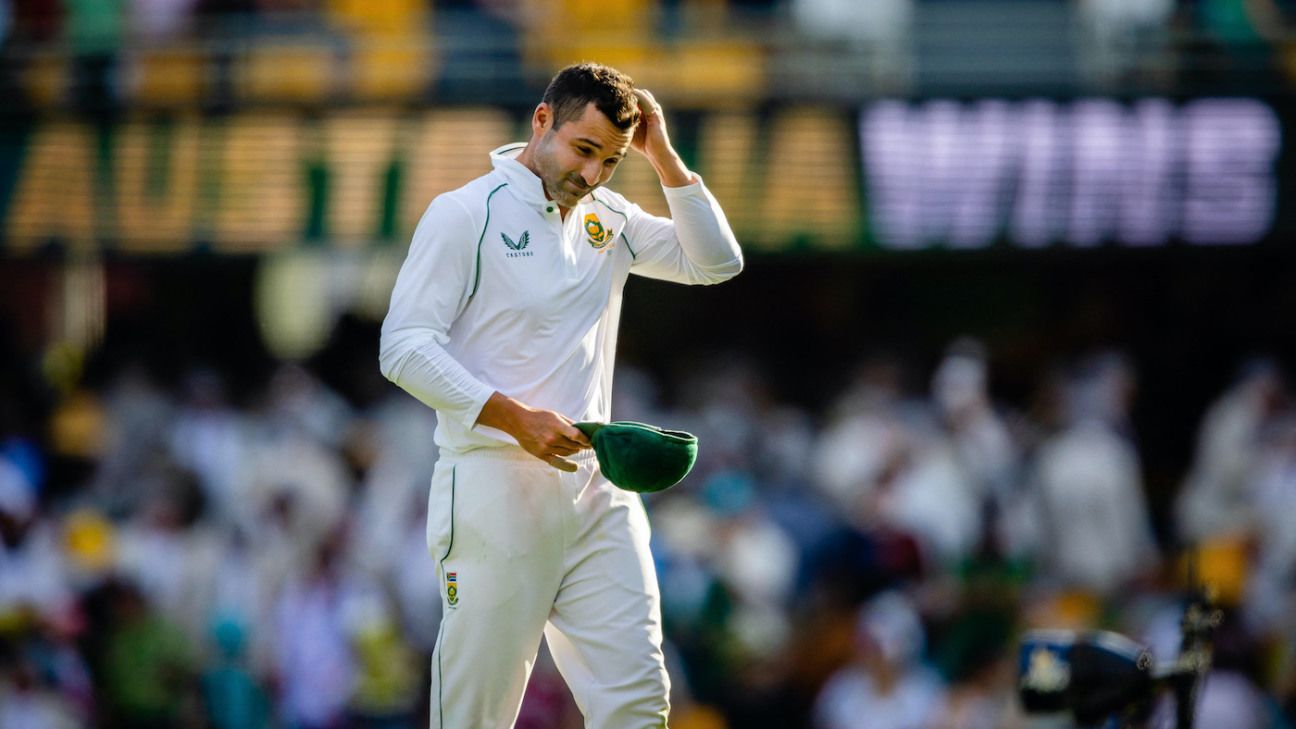 Dean Elgar believes South Africa could have defended a target of around 100 runs in a fast-forward contest in Brisbane, but maintained that the pitch did not facilitate a “fair contest” between bat and ball.

In two days, 34 wickets fell in fewer than 145 overs, including 20 South African wickets in 86 overs and South Africa were only able to set Australia a target of 34. They took four wickets in the final innings and, with plenty of assistance for the seamers, Elgar was confident they could have dismissed Australia again, if they had more runs to play with. “Another 60 runs and it might have been on our side,” he told the broadcasters Fox in the immediate aftermath of the defeat. “I am still trying to wrap my brain around what happened over the last couple of days.”

Asked for his assessment of the pitch, Elgar called it “pretty spicy” and unsuitable for building big innings. “If you were a bowler, you were licking your lips,” he said. “It was challenging for the batters, no doubt, which is okay if there’s a good contest between bat and ball but obviously on the flip side, I don’t see it as a fair contest.”

Like his opposite number Pat Cummins, Elgar also pinned some of the extreme nature of the result on the quality of the bowling attacks However, Elgar said people would have wanted to see them execute their skills for longer. “If you have two quality bowling attacks, it’s what people want to watch but they want to watch it for five days and obviously it didn’t happen this way.”
Elgar was able to take some positives out of the encounter, though. He hoped the damage South Africa inflicted on Australia’s second innings – four wickets in eight overs including the dismissal of out-of-form David Warner in single figures – would leave some doubts in Australia’s mind ahead of the next match. “A few scars might have been opened. We’ve still got another raw paceman sitting on the sidelines in [Gerald] Coetzee, so it’s nice to have him in the wings.”
With three extra days off, South Africa have a week to prepare for the Boxing Day Test, which starts next Monday, and the focus will be on their batting. They were dismissed for under 200 for the fifth and sixth successive time in this Test match but Elgar could not fault anything in their preparation, which began with travelling to Australia two weeks before the first Test and included a tour match.

“I can’t think we can prepare any better than the way we did heading into this series. Conditions were not in favour for the batters in this game. I can’t think of us doing much else,” he said. “We are still going to prepare the way we are going to prepare for the second Test and take it from there. Extra three days, obviously unplanned, go back to the drawing board and sit down and get the think tank going again.”