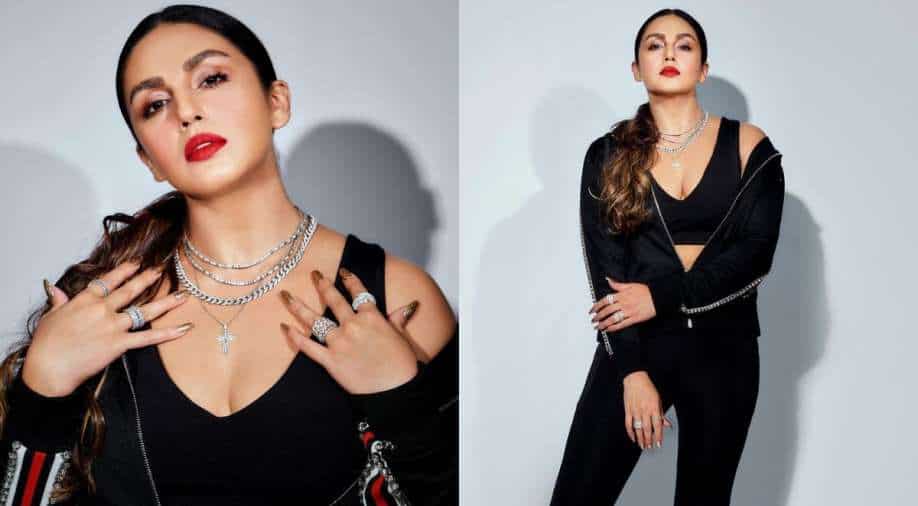 Bollywood actress Huma Qureshi has always been vocal about body positivity and she often slams trolls for body-shaming and fat-shaming women online. The diva recently featured on a magazine cover and shared her views on the journey of self-love, dealing with internal battles, and not seeking society’s validation in any way or form. Inspiring many, Qureshi also shared her struggles with body weight and how she deals with it.

Dressed in a black co-ord set, the actress flaunted her curves as she posed for the lens. She paired her black ensemble with matching stilletoes. For accessories, she opted for gem-studded earrings.

“Presenting Bazaar India’s Body Issue with covergirl Huma Qureshi (@iamhumaq) in all her glory! This season, the actor celebrates herself and her body, unapologetically… In a special conversation, Huma shares her journey of self-love, dealing with internal battles, and not seeking society’s validation any longer,” the caption read. Take a look!


Qureshi also spoke about the cover in the caption and shared what it means to her. Here’s an excerpt from the mag:

“This Bazaar India cover is so powerful for me, and so strong, because it is not just about being sexy and beautiful, but also because it has not been portrayed through the male gaze. It is about celebrating my own body and womanhood without pandering to that gaze or conforming to certain ideas of it.”

On the professional front, Qureshi will be next seen in the upcoming political drama series ‘Maharani season 2’. The trailer of the series is doing rounds on social media.

On 25th August, the web series will premiere on SonyLIV. In the show, Huma will portray the role of Bihar chief minister Rani Bharti. As Rani, she has vowed to tackle the goons in the series as violence is increasing in the state and she has to do something about it quickly.