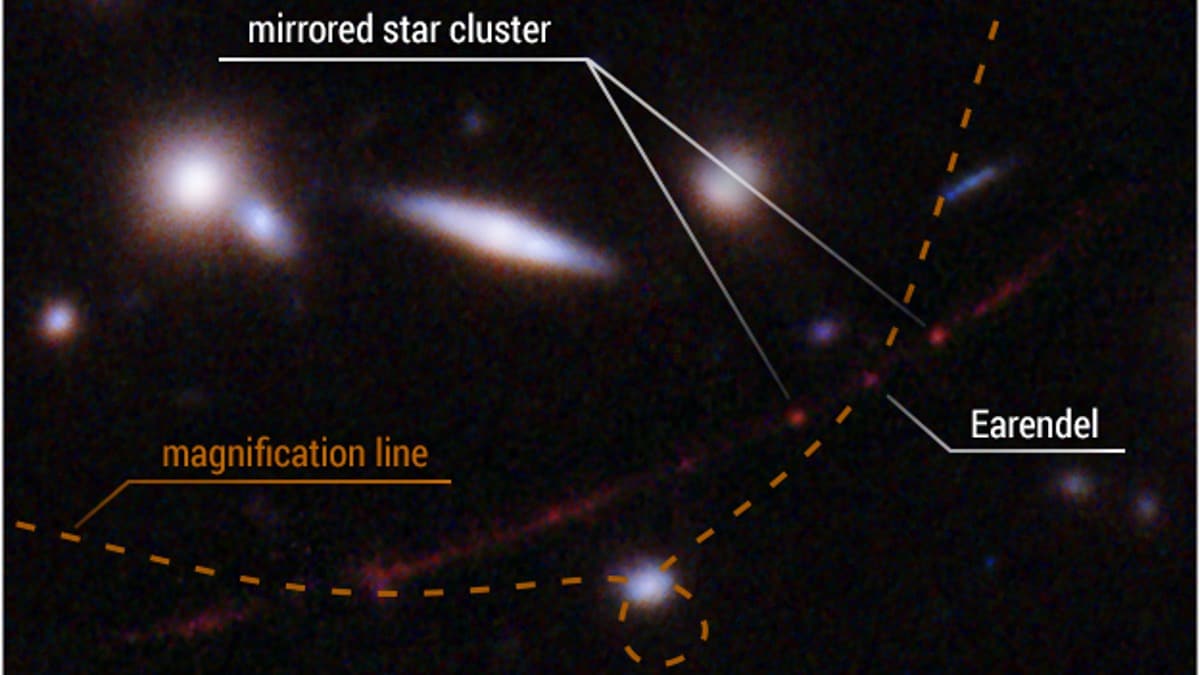 Astronomers have discovered the farthest and oldest star ever seen, a dot of light that shined 12.9 billion years ago, or barely 900 million years after the Big Bang that gave birth to the universe. The light from the star must have travelled 12.9 billion light-years to reach the Earth. The newly discovered star appeared to us as it did when the universe were only 7 percent of its current age. It was spotted by the Hubble Space Telescope, which shared the image on its Instagram handle. The caption read, “Hubble just smashed records by observing the farthest individual star ever seen.”

The caption further added, “Nicknamed ‘Earendel’, this star (indicated by the arrow in the second image) emitted its light during the first billion years of our universe. Earendel is estimated to be 50 times the mass of our Sun and millions of times as bright.”

Earendel is an Old English name for “morning star”.

Brian Welch of the Johns Hopkins University in Baltimore, author of the paper published in the journal Nature that describes the discovery, said that they couldn’t believe it at first as the star was so far away from the previous most distant and highest redshift star.

Earendel is estimated to be at least 50 times the mass of the Sun and millions of times brighter, rivalling the most massive stars known, according to the research team.

Icarus, another blue supergiant star discovered by the Hubble, held the previous record at 9 billion years. It appears to us as it did when the universe was roughly 30 percent of its age.

Earendel is expected to remain highly magnified for many years to come, according to astronomers. NASA’s James Webb Space Telescope will observe it.

In a report, NASA stated that as Earendel was formed before the universe was filled with the heavy elements created by successive generations of huge stars, and astronomers will be fascinated by its composition. If further research shows that Earendel is formed entirely of primordial hydrogen and helium, it will be the first proof of the legendary Population III stars, which are thought to be the very first stars to form after the big bang.