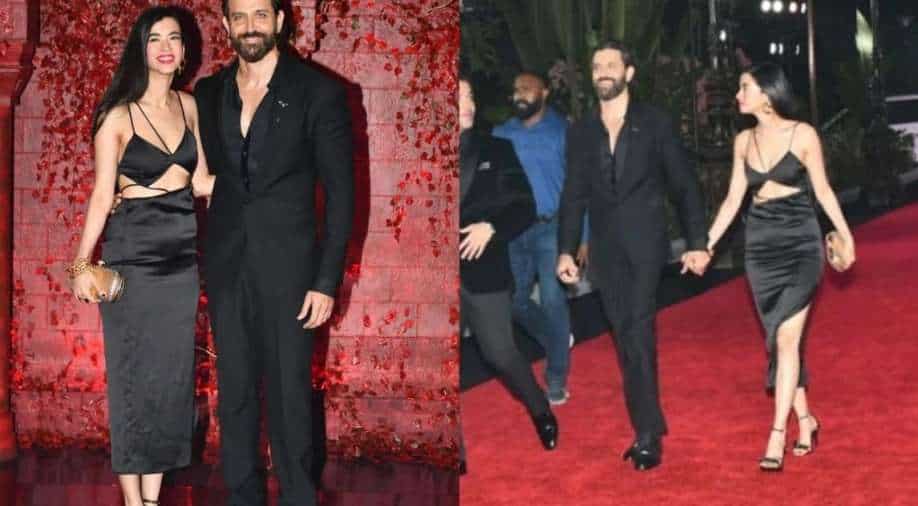 If you have recently scrolled through your social media accounts, you must have seen several photos and videos from filmmaker Karan Johar’s 50th birthday bash going viral. The star-studded event has been the talk of the town since last night and it’s all that the Bollywood is talking about.

From Salman Khan to Ranveer Singh, several A-list stars arrived at the venue in stunning ensembles. Making everyone’s heads turn, the divas and handsome hunks of Bollywood posed for the paparazzi before entering the party. And, netizens got a ton of fashion inspiration from them.

KJo’s birthday bash was also attended by actor Hrithik Roshan and his ladylove Saba Azad. The two were twinning in black and looked absolutely adorable together. After getting out of their car, they walked hand-in-hand towards the other guests and greeted everyone. A video of the couple from the birthday bash is going viral.

Rumours were rife that the two actors are seeing each other and are madly in love. Their adorable appearance at KJo’s birthday bash has made things official and their fans are going gaga over it.

Meanwhile, Saba recently attended Hrithik’s cousin’s birthday dinner and Hrithik’s father Rakesh Roshan had shared a picture featuring the two from the venue. Everyone in the snap smiled from ear to ear as the cameraman captured the previous moment.

On the movie front, Hrithik will be next seen in Siddharth Anand’s action movie ‘Fighter’. The movie will also star Deepika Padukone and is slated for a 2023 release.