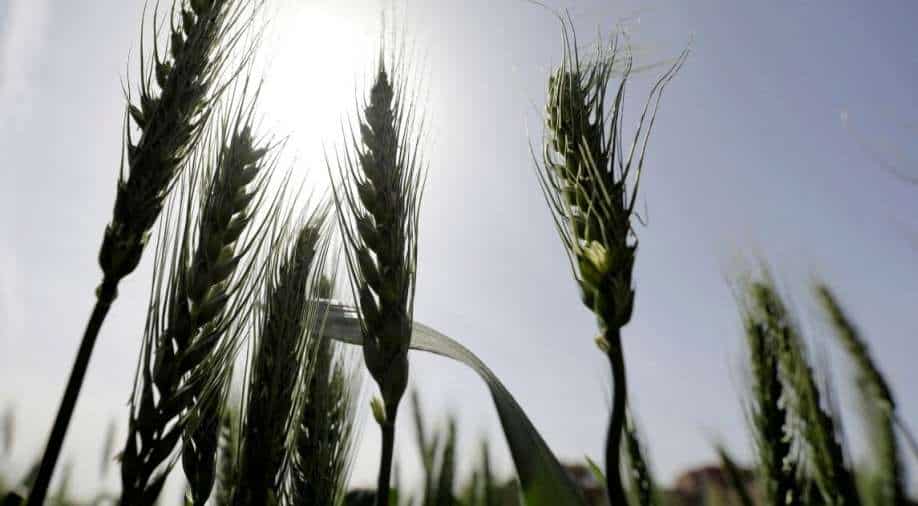 Russia was accused before the UN Security Council on Tuesday (March 29) of triggering a “global food crisis” and putting people at risk of “famine” after it started a war in Ukraine on February 24.

But how does the crisis impact India’s wheat exports strategy? As per reports, economists have stated that India is planning to step up the country’s wheat exports amid the Russia and Ukraine crisis.

Both the countries account for more than a fourth of the global wheat trade and Ukraine serves as a breadbasket for Europe.

Indian government sources as quoted by Reuters on Wednesday (March 30) said that a delegation from Egypt will visit India in the first week of April to facilitate wheat imports.

The report added that the visit is a part of efforts to secure supplies and tide over shortages at one of the world’s biggest importers of the staple.

Egypt, often the world’s biggest wheat importer, is reeling from a surge in bread and flour prices after Russia’s invasion of Ukraine closed off access to lower-priced Black Sea wheat.

The report has mentioned that Egypt has been a traditional buyer of Russian and Ukrainian wheat, however, the sources have said that India is willing to help Cairo by supplying the grain. Egypt could buy up to 12 million tonnes of Indian wheat, the sources further said, without revealing their identity.

“India is in a position to supply top quality wheat to Egypt and meet Egypt’s quality and other requirements,” said one of the sources as quoted by the news agency.

Piyush Goyal, who is India’s Minister for Commerce and Industry, Consumer Affairs and Food and Public Distribution said on Tuesday (March 29) that he met Hala Elsaid, Egypt’s Minister for Planning and Economic Development in Dubai. Goyal discussed New Delhi’s “readiness to supply high-quality wheat” to Cairo.

Meanwhile, India’s Union Minister of State for Commerce Anupriya Singh Patel said in Lok Sabha on Wednesday (March 30) that India’s export of agricultural products has touched $40.87 billion in the first 10 months of the current fiscal and it is 25.14 per cent more than the last financial year.

Patel said exports of some other major agricultural products like wheat, sugar and cotton have registered a substantial increase during the current year.

“During the period between April 2021 to January 2022 of the current financial year, exports of agricultural products have amounted to $40.87 billion compared to USD 32.66 billion over the corresponding period of previous year, registering an increase of 25.14,” she said during Question Hour.

Russian President Vladimir Putin “started this war. Vladimir Putin created this global food crisis. And he is the one who can stop it,” US Deputy Secretary of State Wendy Sherman said during a Security Council meeting devoted to the humanitarian situation in Ukraine.

“The responsibility for waging war on Ukraine – and for the war’s effects on global food security — falls solely on Russia and on President Putin,” she said.