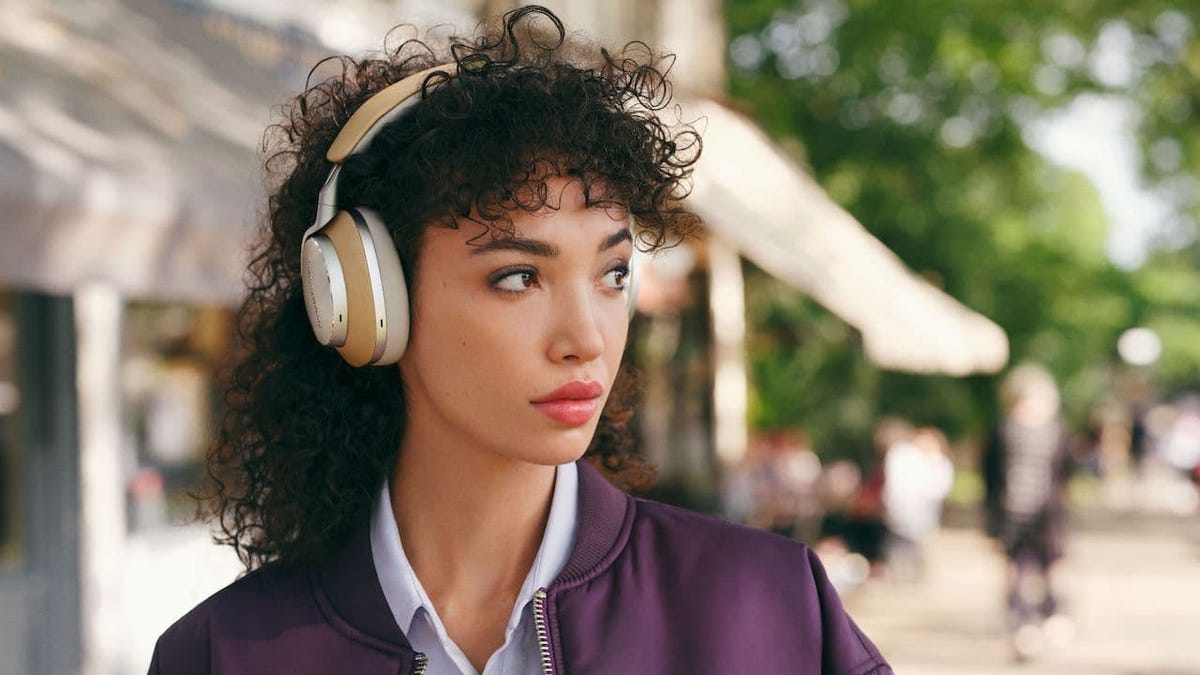 Gracing every spec sheet and advertisement, there’s no doubt that Active Noise Cancellation (ANC) is the hottest feature on every headset.

Working to, as the name suggests, actively cancel out the ambient noise that interferes with what you hear from the headphones themselves, ANC can be great for locking in and blocking out.

Noise-canceling earbuds or headphones are a sure way to drown out distraction, but have you ever wondered how they actually work? Are you listening to them or are they listening to you? Read on to learn more about the sound technology behind the silence.

Also: How to connect Bluetooth headphones to a Mac

Before we talk about headphones, let’s start with the nitty-gritty science behind hearing: sound waves. Traveling through the air to our ear, sound waves carry everything from the screeching morning subway to the subtle “click-clack” as we type.

Like regular waves, sound waves are made up of various peaks and valleys that together make the noise we end up perceiving.

Sound wave peaks and valleys, when matched with a similar pattern, can amplify sound. An example is when you’re at a concert and everyone is singing the same song at relatively the same pitch, so it sounds like one voice. This phenomenon is often referred to as constructive interference.

On the flip side, when two sound wave peaks and valleys oppose each other, instead of amplification there’s a net cancellation. This phenomenon is referred to as destructive interference, and the result is silence. That’s where noise-canceling headphones come in.

Also: The best headphones you can buy right now

Now, let’s talk about how ANC headphones use sound waves’ structure to give you peace and quiet.

Equipped with tiny microphones on either the inside or outside of the headphones’ ear cups, ANC headphones listen to your surroundings as much as you listen to the sound they’re playing.

When the microphones detect noise, they emit an “anti-noise” sound wave that opposes the incoming wave’s peaks and valleys, so that you are unable to hear the external noise.

This destructive interference is why ambient noise is often cancelled out when you wear ANC headphones even when you don’t play music.

If you’re thinking that it’s seemingly impossible for tiny microphones to pick up and transmit a counterattack on every single disruptive sound wave, you’re correct. Sound still slips through.

Also: The top noise-canceling headphones — and can they protect hearing?

Noise canceling, noise masking, and noise blocking all sound like they do pretty much the same thing, but there are differences. Noise canceling uses destructive interference with two opposing sound waves to create silence via built-in microphones. Noise blocking relies on the engineering of the headphone structure itself to cup the ear in a way that prevents sound from getting in. Finally, noise masking emits white noise to reduce ambient sound, hoping to trick your brain into canceling the sound altogether.

ANC headphones work best to cancel sound when you’re in a controlled sound environment like a plane or library. Some headphones are also better quality than others and use a stronger microphone to emit more anti-noise waves.

Alexa is now more useful when you’re in the supermarket

News Next Desk - December 7, 2022 0
The chairman of US House committee investigating US Capitol attack said on Tuesday that the committee intends to make criminal referrals to the Justice...

US to boost rotational military presence in Australia, says Austin

News Next Desk - December 7, 2022 0
US Defense Secretary Lloyd Austin on Tuesday (December 6) announced that the US was going to boost the rotational presence of its forces in...

News Next Desk - December 7, 2022 0
Got an iPad Pro? It's an amazing bit of kit, especially the new M2-powered iPad Pro that Apple unleashed a...
%d bloggers like this: