Home Entertainment Hera Pheri 3: Suniel Shetty talks about Akshay not being part of... 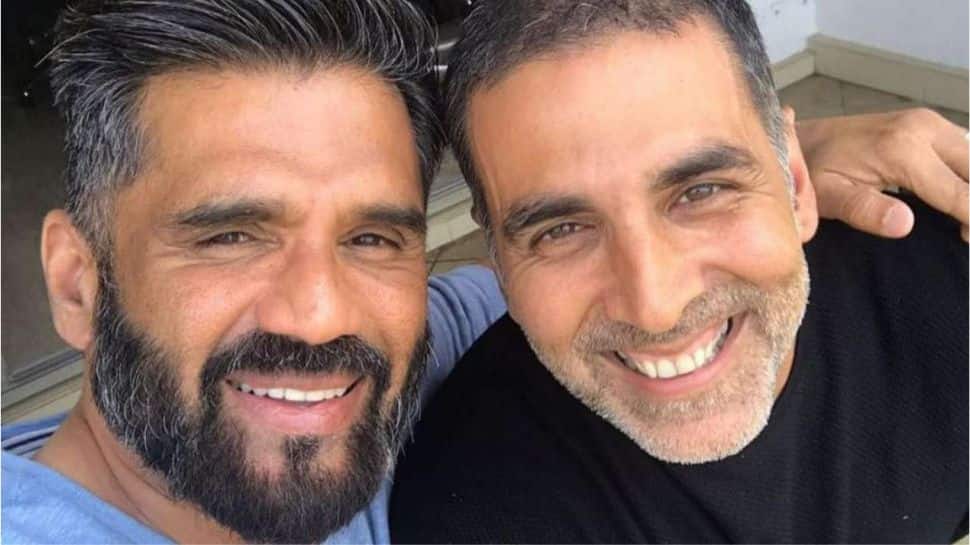 New Delhi: Actor Paresh Rawal, in a recent Twitter interaction with a user, confirmed the reports that ‘Bhool Bhulaiyaa 2’ actor Kartik Aaryan will star in the third instalment of the superhit comedy franchise ‘Hera Pheri’. Ever since the news broke out, fans of the franchise took to social media to express their thoughts on the decision, and most of them were unhappy with the choice as they felt no one could replace Khiladi Kumar in the film.

Akshay Kumar, at the recently held Hindustan Times leadership summit, also revealed his reason for stepping away from the film. He said, “Hera Pheri has been a part of me. Like a lot of people, I have good memories. Mujhe bhi dukh hota hai (I feel bad as well) that in so many years, part 3 hasn’t been made. But like I said we have to dismantle things. The film was offered to me but I was not satisfied with the script. I have to do what people want to see. That is why, I backed out. I took a step behind. It is a part of my life and journey for me. I am also very sad that I can’t do it. But I am not happy with how the creative things have shaped out,”.

Now, Suniel Shetty, who is also one of the leads of the film, has come out and said that he would sit down with the makers to discuss how and when this decision was taken. In a recent interview given to Mid-Day, the actor, while hearing the development, said, “Everything was on track, but I don’t know what happened suddenly [that] Akshay is not a part of it anymore. Once I am [done with] Dharavi Bank promotions, I will sit with Firoz [Nadiadwala, producer] and understand why and how this happened. Akshay, Paresh and I had committed to the movie, and this twist has stunned me.”

He further added, “Hera Pheri 3 cannot be the same without Akshay. Raju, Babu bhaiyya and Shyam are iconic characters whose journeys have been together. There’s palpable excitement when you mention the film. I want to see if things can still fall into place”.

Directed by Priyadarshan, ‘Hera Pheri’ was released in 2000. It starred actors Akshay Kumar, Suniel Shetty, Paresh Rawal, and Tabu in the lead roles.