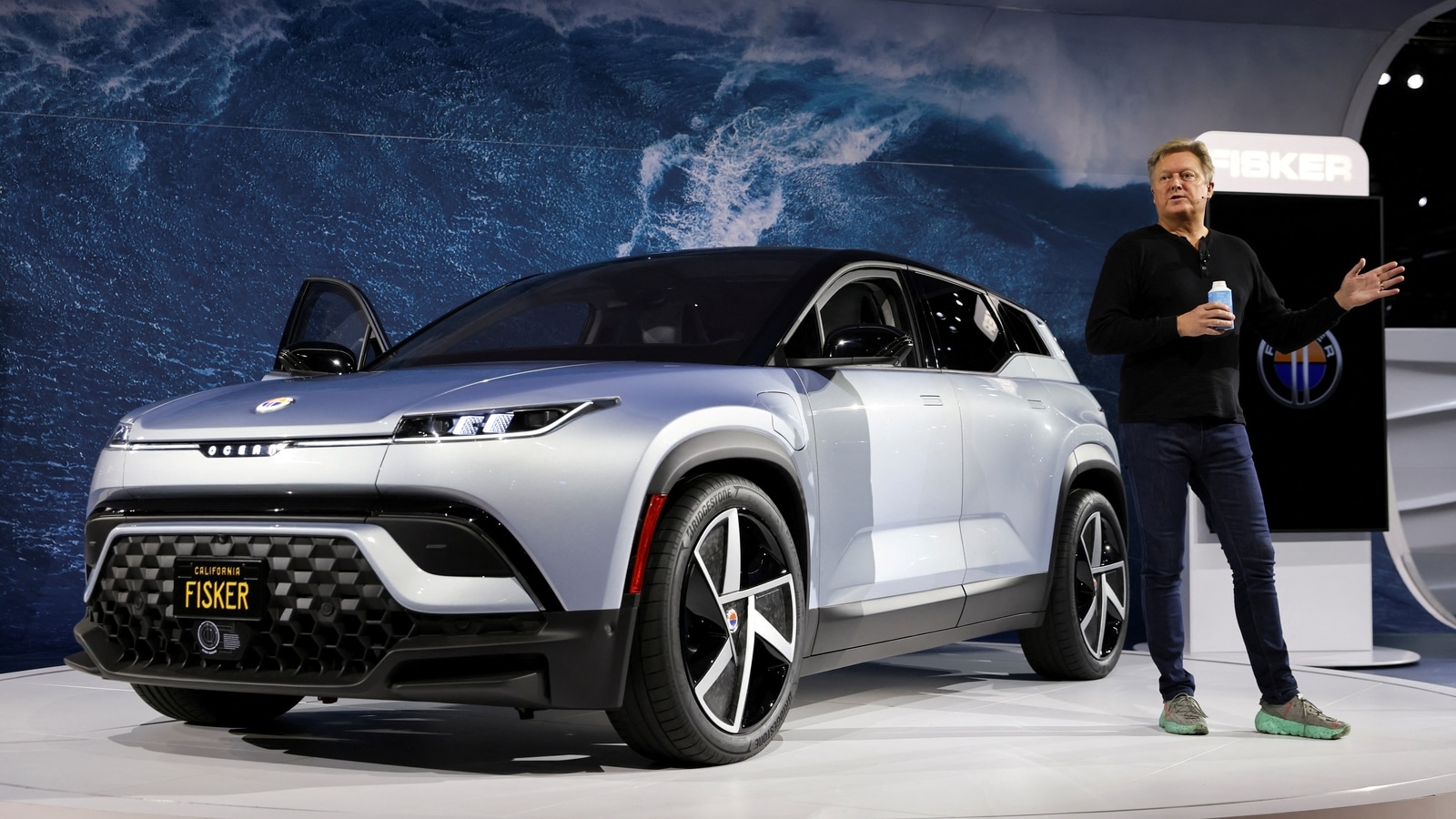 His first venture failed, and his latest one almost ran out of money. Then came the blank-check boom.

Henrik Fisker rose around 5 a.m. Thursday to squeeze in a quick workout before making his way to a factory spanning the equivalent of more than 150 football fields. Hours later, camera crews captured an unlikely milestone made possible by the blank-check boom: The first Ocean, Fisker Inc.’s debut electric vehicle, rolled off the assembly line.

The SUV zips from zero to 60 miles per hour in as little as 3.6 seconds and is expected to offer up to 350 miles (563 kilometers) of range, a smidge more than Tesla Inc.’s Model Y. The hero feature inside: a 17.1-inch center touchscreen that rotates at the press of a button for more enjoyable binging of YouTube videos and streaming services.

It will be hard for the shows and movies that air on the Ocean’s high-resolution screen to match the amount of drama that’s played out over Henrik Fisker’s 33-year career. There have been exhilarating highs — making a name for himself designing slick BMW and Aston Martin sports cars — and crushing lows, none more disappointing than when his first plug-in vehicle venture, Fisker Automotive, filed for bankruptcy nine years ago this month.

That blemish on his résumé made funding a follow-on car business difficult, at least for a few years. He and his wife and co-founder, Geeta Gupta-Fisker, were forced to stop collecting cash compensation from Fisker and furlough employees right before the outbreak of Covid-19 was declared a pandemic in March 2020.

Then, something funny happened: Ventures with little or no revenue began generating enormous buzz by merging with special purpose acquisition companies and going public.

A month after electric-truck startup Nikola Corp. made its stock market debut and briefly exceeded Ford Motor Co.’s valuation, Fisker agreed to combine with a SPAC sponsored by private equity giant Apollo Global Management Inc. in a deal that left the carmaker flush with roughly $1 billion in cash. The Fiskers parlayed that sum and big-name backing into pacts with the auto industry’s most reputable contract manufacturer, Magna Steyr, and the world’s largest battery company, Contemporary Amperex Technology Co. Limited.

Partnering with Magna Steyr — which will make Oceans alongside BMW Z4 and Toyota Supra roadsters in Graz, Austria — greased the skids for setting up a supply chain from scratch in the midst of unprecedented disruptions. Its parent, Magna International Inc., makes components ranging from stamped-metal structures to advanced driver-assistance systems. Fisker also paid upfront for a dedicated battery cell line at CATL to lock in supply.

“We’ve been able to avoid mistakes that are only unavoidable if you know them, and I knew them,” Fisker said in an interview. “The experience that I had by having done this once before is invaluable.”

Even after having racked up more than 63,000 reservations for the Ocean, investors are still treating Fisker the company as a wait-and-see stock, having been burned by Nikola, whose founder was convicted of fraud last month, and other post-SPAC auto startups like Lucid Group Inc. EV maker Rivian Automotive Inc., which staged an initial public offering a year ago, also has been plagued by shortages that keep forcing its factory to stop and go for days at time.

Fisker is going to start slow, delivering just 15 vehicles before year-end to Magna’s commercial fleet. It has forecast more than 300 Oceans will be produced in the first quarter, followed by over 8,000 in the second quarter of next year, leaving around 80% of total annual output slated for the second half. If all goes to plan, 42,400 vehicles will be built.

Gupta-Fisker, the company’s chief operating officer and chief financial officer, told reporters last week that Magna positions Fisker for a smoother ramp up in production than what other EV startups have managed.

Another factor working in the company’s favor: Gupta-Fisker said its production costs for the first vehicle is the same as No. 40,000, so Fisker won’t bear the expense of an underutilized factory for the first few quarters that Ocean is in production. Those costs have dragged on Lucid and Rivian’s earnings results, with both registering steep quarterly losses.

As for the product, early impressions of the Ocean are mostly promising, albeit guarded (Motor Trend punctuated the headline of its first-drive story with a question: “Finally a Success for Henrik?”) The chief executive officer takes this sort of pondering in stride.

“I’m not here to prove something to people that don’t believe in me,” Fisker said. “I’m here to deliver what I think hopefully will be a product that people really will love.”

News Next Desk - December 5, 2022 0
Bettors who took the moneyline and the Over in the Over/Under in the Washington Commanders-New York Giants suffered a double whammy...

News Next Desk - December 5, 2022 0
Bettors who took the moneyline and the Over in the Over/Under in the Washington Commanders-New York Giants suffered a double whammy...