Home Sports Hazlewood vs Boland: is Australia’s bowling hierarchy about to change? 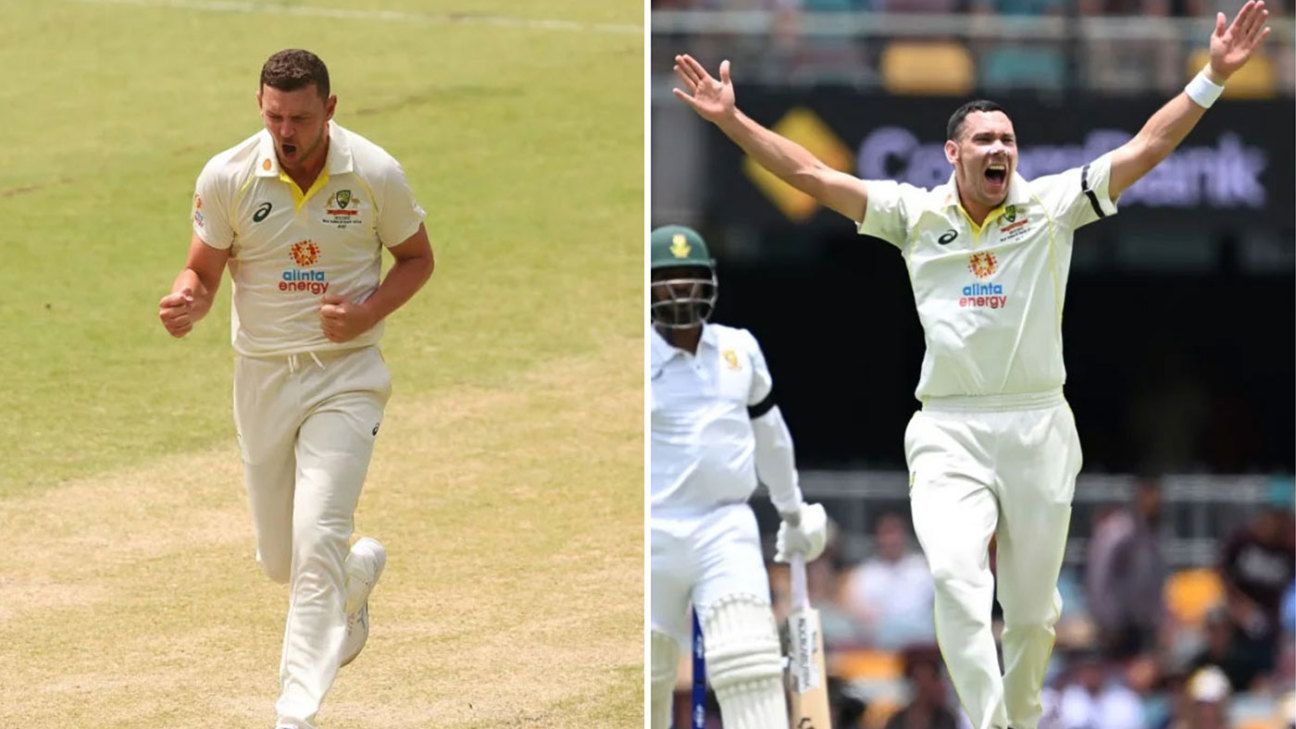 Australia’s selectors are potentially facing one of their toughest calls for Boxing Day: in one corner you have Josh Hazlewood, 217 Test wickets at 26.16, and in the other you have new cult hero Scott Boland who has an average of 10.36 from five matches with a stunning record at the MCG.

On one hand, how do they leave out Boland? He is a wicket-taking machine who five times in five Tests has taken multiple scalps in an over, the most recent on the helter-skelter second day at the Gabba.

But then there’s Hazlewood, a world-class fast bowler with an outstanding record, albeit one whose Test career has stuttered over the last two years due to injury and conditions-based selection. Perhaps relevant will be Hazlewood’s first-class record at the MCG, where he averages 35.69, which is significantly higher than his career mark. Boland averages 24.35 at the venue.

It’s the second time in two summers that a player initially outside the XI is making the case that he cannot be left out. Usman Khawaja returned last season, when Travis Head missed the Sydney Test with Covid, and his twin centuries meant room had to be found for him so Marcus Harris was left out two games after top-scoring on a devilish pitch at the MCG.

This time there is not another potential fall guy in the XI to accommodate both Boland and Hazlewood assuming everyone else is fit.

“It’s a good problem to have. I can’t state it any other way,” national selector George Bailey said. “Couldn’t ask for anything more…and effectively Uzzie was in the same position last summer. Travis gets the nod in the first Test. Uzzie waits, gets his opportunity and grabs it. And that’s a really important part of what this team is at the moment, that when that opportunity is there you grab it, you come in, there’s a really clear role you can perform. Barrell [Boland] is doing it, he’s been fantastic. Hoff [Hazlewood] has obviously done it for a very, very long time as well.”
The South Africa Test will mark a year since Boland’s stunning arrival into the format when he claimed 6 for 7 to roll England on the third morning. At the time he was viewed as something of an MCG specialist, but subsequent success in Sydney, Hobart and Adelaide has reinforced that he is a mighty fine bowler in most locations.

“He was on the radar for the MCG last year because of exactly what we’ve seen him do,” Bailey said. “He bashes a length, I think his ability to take multiple wickets in the same over speaks to how consistent he is and the questions he asks of the batter right from ball one. He’s going fantastically. [Josh will] keep building and clearly we’ve got a decision to make. I’m really glad that it is a tough decision to make.”

When Hazlewood spoke on Sunday, he admitted it had been a frustrating period of his Test career and conceded being a three-format bowler, having established himself as one of the leading T20 performers, had brought challenges. However, although it is the second summer in a row where Hazlewood has suffered a side injury it has been described as a different problem and the medical teams are not concerned about a pattern emerging.

“Let’s be honest, fast bowlers face injury more than any other type of cricketer,” Bailey said. “So they’re constantly under pressure with it. It’s a challenge trying to get [the balance] right. The flip side of that is I think Josh giving himself the opportunity through the IPL has seen him become the T20 bowler [he is]. He’s just a phenomenal bowler. It’s hard work.”

“It’s very important to have two Victorian selectors on the panel,” Bailey joked. “Tony Dodemaide and Andrew McDonald will be in charge of that.”

News Next Desk - February 7, 2023 0
Martin Rogers FOX Sports Insider PHOENIX — There are a few photos on the walls in Philadelphia Eagles coach Nick...
%d bloggers like this: