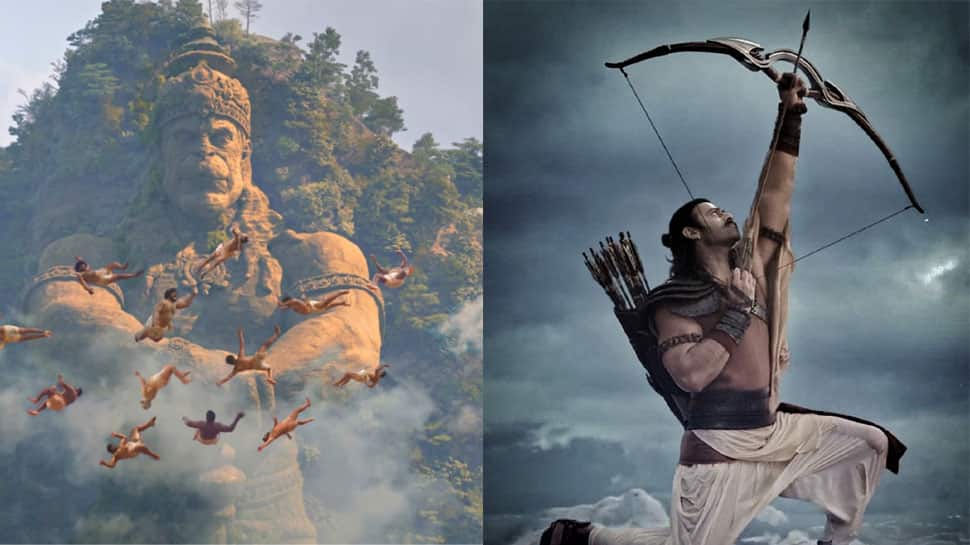 “Hanu-Man is not just a Telugu film. It has to be a pan world film, not just pan India. He`s the biggest superhero. He is more powerful than Superman and Batman. We`ve many Marvel and DC superhero universes. I like mythology since my childhood. There is a mythological reference in my previous films as well. For the first time, I`m doing a film on the mythological character Hanu-Man. It`s the first of many to come, ” IANS quoted the filmmaker as saying.

Fans took to social media and hailed HanuMan teaser as against Adipurush first look teaser which irked fans for its poor quality VFX and character respresentation. Take a look here:

Which Film Give Goosebumps In Teaser ?

K Niranjan Reddy of PrimeShow Entertainment is producing the movie where Amritha Aiyer will be playing the lead. The makers on Monday released the film`s teaser. This is Prashanth Varma`s second movie with lead actor Teja Sajja. They had previously worked together on `Zombie Reddy`.

Speaking at the film`s teaser launch event, Teja Sajja said, “For youngsters of this generation, Spiderman and Batman are the superheroes, because we`ve seen them in cinemas. But they got inspired by our culture and our Hanuman. Their superheroes are fictional, but Hanuman is our truth, our culture and our history. Hanuman is our OG superhero. The story is about what a youngster will do when he gets superpowers by the grace of such a great almighty.”

Amritha Aiyer, Varalaxmi Sarathkumar, Getup Sreenu, and Vinay Rai are the other prominent cast members who worked hard for the film.