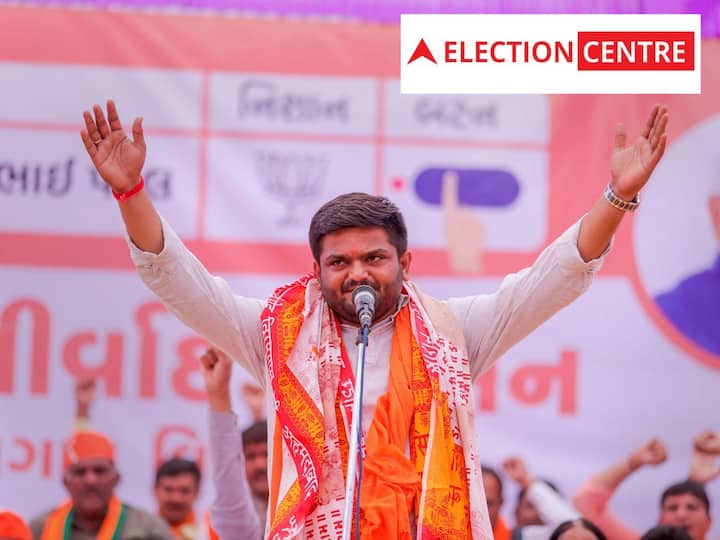 Congress turncoat Hardik Patel, who’s making his poll debut in Gujarat’s Viramgam constituency on a BJP ticket, has reiterated PM Narendra Modi’s ‘Sabka Saath, Sabka Vikas’ slogan. The Patidar quota leader exuded confidence that he will move ahead and win the election by “taking everyone together”.

“I’ll work to shoulder the responsibility given to me by BJP. My effort will be to win from Viramgam by taking everyone together. I’m confident that the people of  Viramgam will make the BJP candidate win,” Hardik Patel told news agency ANI.

ALSO READ | Who Is Hardik Patel? Congress Turncoat And Face Of 2015 Patidar Agitation

At 29, Patel is the youngest leader to be fielded in the Gujarat elections. He quit the Congress five years after he joined the party. He was the face of the Patidar agitation in 2015.

Born in a Gujarati Patidar family, Hardik joined the Sardar Patel Group (SPG), a Patidar youth body, in 2012. Patel formed the Patidar Anamat Andolan Samiti (PAAS), which led the Patidar reservation agitation, with the goal to include Patidars in the OBC quota.

In the affidavit filed before the Election Commission while filing his nomination papers, Patel declared 20 criminal cases pending against him.

He served as the working president of the Gujarat Pradesh Congress Committee, the state unit of Congress in Gujarat. In May 2022, he quit Congress to join the saffron party, calling himself a “small worker of the BJP”.

Hardik Patel will go up against Congress’s Lakhabhai Bhikhabhai Bharwad on November 5 during the second phase of the Gujarat polls. Bharwad won the seat in 2017 by defeating Tejshriben Dilipkumar Patel of the Bharatiya Janata Party by a margin of 6,548 votes. The Aam Admi Party candidate from the constituency is Kuvarji Thakor.

Elections to the 182-member Gujarat Assembly will be held in two phases on December 1 and 5, while votes will be counted on December 8. The results will be declared the same day.

Click here for LIVE updates on the Gujarat elections.