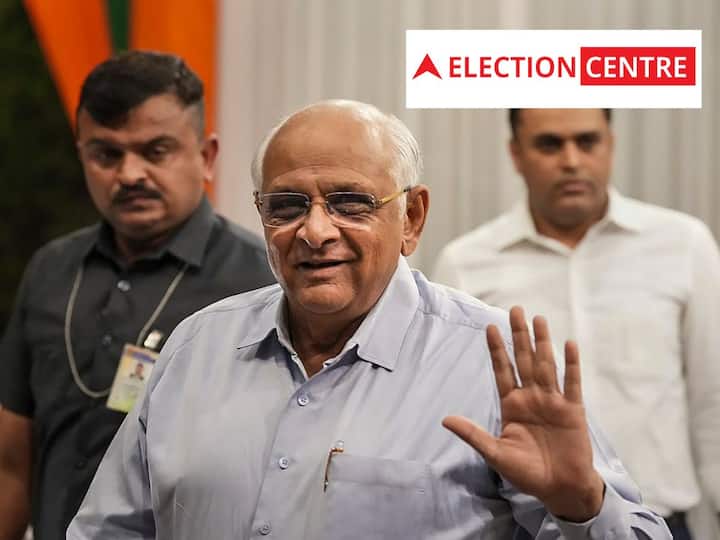 New Delhi: Gujarat Assembly Election, for the first time, has turned into a three-cornered battle from a regular bi-polar one. The election to the legislative assembly of Gujarat, scheduled to take place in December, is going to see a thrilling battle this time. The BJP, Congress and AAP are leaving no stone unturned to woo the voters of the state.

Declaring the face of the Chief Minister candidate is one of the many steps that parties have taken so far to attract voters. While Congress has decided not to declare any CM face, the AAP has announced Isudan Gadhvi, former journalist, as its CM face. The ruling BJP has decided to contest the polls with sitting CM Bhupendra Patel as its CM candidate.

Who Is Bhupendra Patel?

He is a close aid of former Gujarat CM and ex-MLA of Ghatlodia Anandiben Patel.

Interestingly, Bhupendra Patel is a first time MLA, and he won from the Gahtlodia seat in 2017 Assembly Polls with a margin of over one lakh votes, highest winning margin in the polls. He had defeated Congress’ Shashikant Patel. Bhupendra Patel In Politics

It was a shock to many when BJP picked Bhupendra Patel as the Chief Minister of Gujarat because he was relatively a low-profile politician. It was said that the then outgoing CM Vijay Rupani had named Patel his successor.

Prior To Becoming CM

Prior to his appointment as the Chief Minister of Gujarat, Patel was a councillor in Thaltej from 2010 to 2015. Earlier, he was the president of Memnagagar Nagarpalika in 1999-2000. He has also served as the chairperson of the Ahmedabad Urban Development authority and twice as the chairperson of the standing committee of the Ahmedabad Municipal Corporation.

This election will decide if the BJP, under the leadership of Bhupendra Patel, secures seventh consecutive term in the state.

Elections to 182-seats of Gujarat Assembly will take place on December 1 and 5. Couting of votes for Gujarat will be done along with Himachal Pradesh, on December 8.