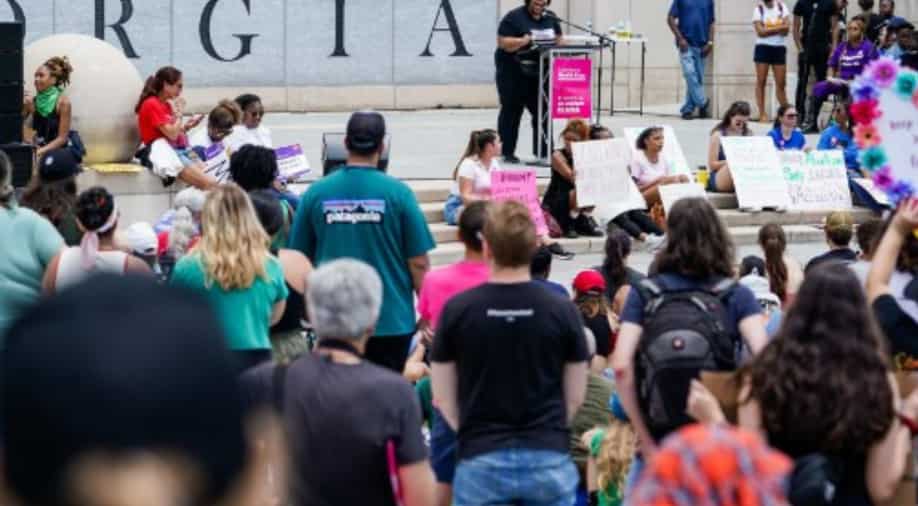 Georgia’s ban on abortion starting around six weeks into a pregnancy was overturned by a judge, who ruled on Tuesday that it violated the US constitution and US supreme court precedent when it was enacted in July. The ban prohibited most abortions once a “detectable human heartbeat” is present.

An ultrasound normally detects cardiac activity as early as six weeks. This means that abortions in Georgia were in effect banned even before many women learnt about their pregnancy.

Judge Robert McBurney was ruling on a lawsuit filed by doctors and advocacy groups seeking to strike down the ban on multiple grounds. The lawsuit contended that it violates the Georgia constitution’s right to privacy and liberty by forcing pregnancy and childbirth on women. It further said that Georgia’s abortion ban was invalid because it violated the US constitution and US supreme court precedent when it was enacted.

Georgia’s law was signed by the Republican governor, Brian Kemp, in 2019 but did not take effect until the supreme court overturned Roe v Wade. The historic ruling had protected the right to an abortion for nearly 50 years.

McBurney said when the law was enacted, “everywhere in America, including Georgia, it was unequivocally unconstitutional for governments – federal, state, or local – to ban abortions before viability.”