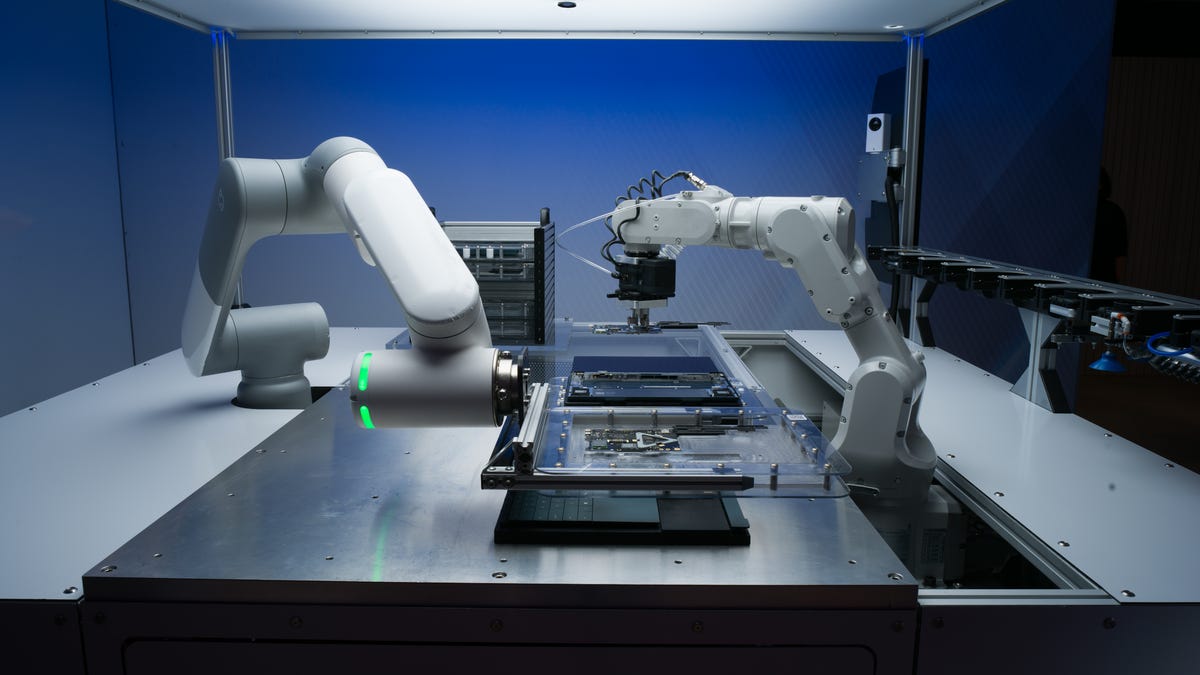 In pursuit of sustainable product design, Dell has highlighted how it’s using telemetry and robotics to speed up laptop repairs by showcasing updates to its concept laptop ‘Luna’.

Some Dell laptops, like the 2017 Latitude E5270, have a repairability score of 10 out of 10 from right to repair advocate iFixit. Dell’s Concept Luna laptop, which it unveiled last December, aims to go further with a design that has just four screws with minimal adhesives and soldering to hold internal components in place.

The design would allow a repairer to insert a screwdriver-like tool into the side of the device to unlock the chassis and from there remove the keyboard, display, fans, battery, motherboard and speakers by hand or a robotic equivalent.

Also: Is Microsoft really going to cut off security updates for your ‘unsupported’ Windows 11 PC?

The latest iteration on its modular laptop project sees the addition of telemetry to monitor individual components and a robot — much like Apple’s Daisy iPhone disassembler.

The telemetry part of Concept Luna aims to address the issue of hardware components wearing out at different stages, such as a motherboard failing when the keyboard and screen are still fine.

“Our Concept Luna evolution can equip and connect individual components to telemetry to optimize their lifespans. At its simplest, it’s akin to how we maintain our vehicles: we don’t throw away the entire car when we need new tires or brakes,” Dell says in a blogpost.

The industrial robot has two arms that are geared up for disassembly and parts sorting.

“The exciting addition of robotics and automation serve as a catalyst to accelerate efficient device disassembly, measure component health and remaining usability, and better understand which components can be reused, refurbished or recycled — so nothing goes to waste,” Dell says.

“This vision has broad and profound implications for us, our customers and the industry at large, as we work together to reduce e-waste.”

The concept has advanced to the stage that a Dell representative could disassemble the laptop in a demo for Ars Techinca within one minute. They demonstrated that the display could be removed by inserting a pin at the base of the screen that released a latch to allow it to be removed from the chassis.

Sustainability and repairability is moving up the agenda for consumers and for hardware makers, too. US and European lawmakers who want to reduce e-waste are also pushing forward with right to repair laws.

Dell’s device is still a concept — and thus not for sale. But some vendors have already capitalized on the appetite for more repairable hardware, such as Dutch smartphone maker Fairphone, which released its modular fourth generation 5G Fairphone 4 last October. US laptop maker Framework updated its $999 modular laptop last year and recently released a Chromebook edition, with a 12th Gen Intel Core i5-1240P processor.