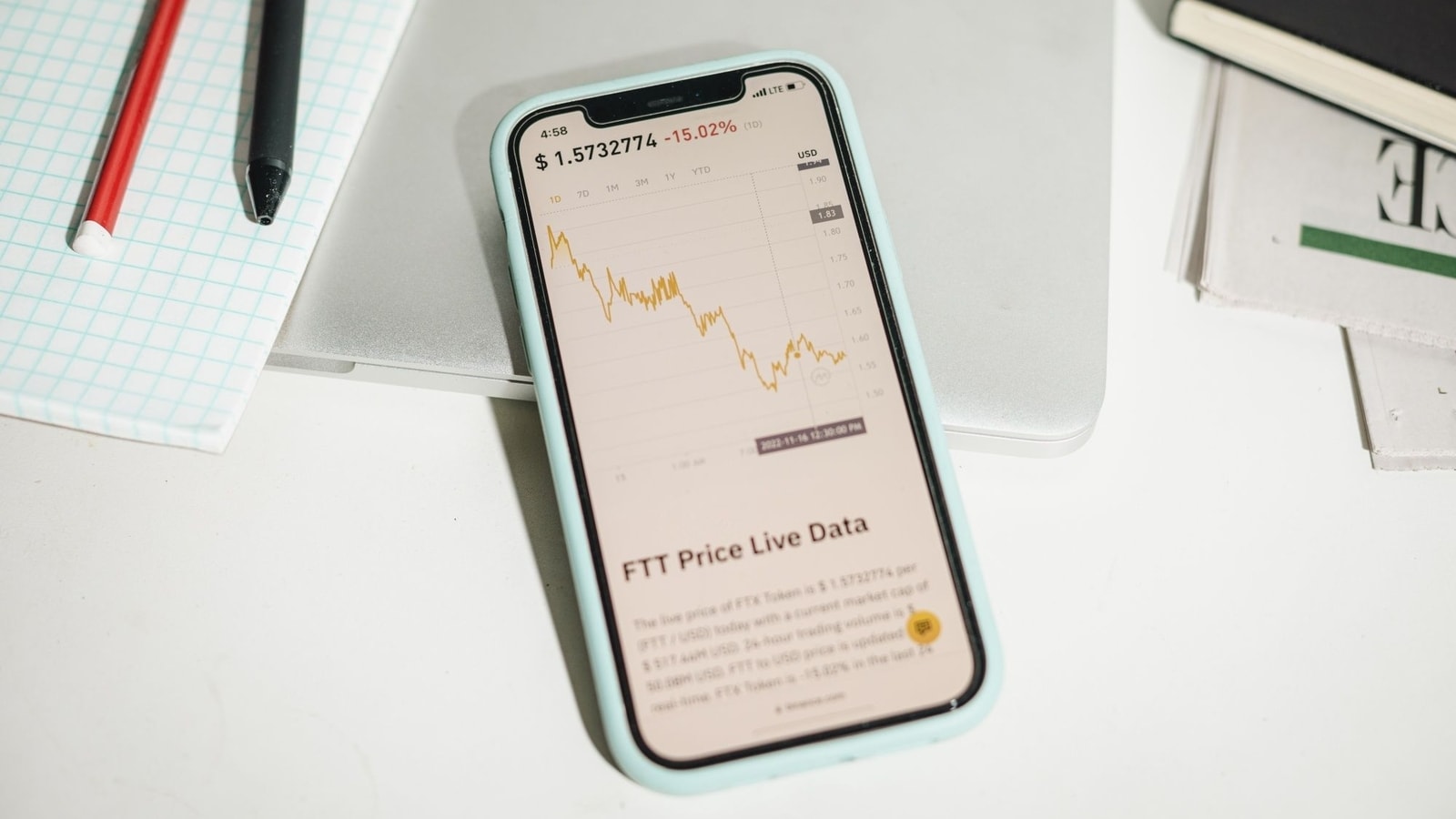 The complete failure of corporate controls at the company is “unprecedented,” according to new Chief Executive Officer John J. Ray III.

Advisers overseeing the bankruptcy of FTX Group are struggling to locate the company’s cash and crypto, citing poor internal controls and record keeping.

The complete failure of corporate controls at the company is “unprecedented,” according to new Chief Executive Officer John J. Ray III, who had a more than 40-year career in restructurings, including overseeing the liquidation of Enron.

The comments were made in a filing asking a federal judge to transfer a competing bankruptcy case filed in New York by Bahamian liquidators to the state. US lawyers for the bankrupt platform also said Sam Bankman-Fried is undermining efforts to reorganize his crumbling empire with “incessant and disruptive tweeting” which appears to be aimed at moving assets away from the control of a US court in favor of one in the Bahamas.

In an article published Wednesday by Vox Media, a reporter posted screen shots of Twitter direct messages in which Bankman-Fried criticized regulators and called the decision to put FTX into bankruptcy a mistake.

More retail money is getting trapped as crypto companies falter. Crypto lender BlockFi, which has suspended customer withdrawals, is reportedly preparing to file for bankruptcy. Gemini Trust Co., the crypto platform run by the Winklevoss brothers, paused withdrawals on its lending program. And Binance CEO Changpeng Zhao told CNBC his company “would be interested in looking at the assets, buying assets, especially some of the better ones” that may be sold in the form of bankruptcy.

FTX “did not maintain centralized control of its cash” and failed to keep an accurate list of bank accounts and account signatories, or pay sufficient attention to the creditworthiness of banking partners, Ray said in a sworn declaration submitted in bankruptcy court Thursday.

“The Debtors have located and secured only a fraction of the digital assets of the FTX Group that they hope to recover in these Chapter 11 Cases.”

Binance has temporarily suspended deposits of USDC (SOL) and USDT (SOL) “until further notice,” the company announced on its blog.

Binance sent news articles — rather than internal records — to a UK Parliamentary committee probing the collapse of FTX.com and its planned sale of FTT token, a move that some UK lawmakers called disappointing and unacceptable.

Alison Thewliss, a member of the UK’s Treasury Committee, said in an interview on Bloomberg Radio that Binance sent news articles to the committee, while it had expected to receive internal records about the potential market consequences of Binance’s announced divestment of FTT. Thewliss said that Binance’s lack of transparency would influence the committee’s recommendations to government on regulating the crypto industry.

Gopax Says Some Payments Being Delayed Due to Genesis Global (5:35 p.m. HK)

South Korean crypto exchange Gopax notified its users that payments in one of its depository products linked to Genesis Global Capital are being delayed, according to a statement on its website posted late Wednesday. The product named ‘GOFi’ is provided by Genesis, Gopax’s second largest shareholder and a key business partner

Binance.US is preparing to bid for bankrupt crypto lender Voyager Digital, CoinDesk reported, citing a person familiar with the matter.

Voyager has been trying to sign a deal to sell itself to one of the bidders that lost out in an auction won by FTX. The sale to FTX valued at about $1.4 billion collapsed after the former’s own bankruptcy.

Voyager filed for bankruptcy protection in July after a failed attempt by FTX-affiliated Alameda Research to bail it out with a revolving line of credit.

Hong Kong two weeks ago pivoted to a more welcoming stance, detailing plans to become a crypto hub with legalized retail trading and dedicated exchange-traded funds. Singapore, in contrast, is clamping down on retail crypto trading, focusing instead on productive applications of blockchain technology.

Both appear to be sticking with their diverging regulatory paths.

President Nayib Bukele tweeted, “We are buying one #Bitcoin every day starting tomorrow,” without elaborating.

The country’s 2,381 Bitcoins have suffered a huge drop in value amid the recent selloff of the cryptocurrency. However, the nation’s finance minister said in an interview last week that the government has not sold any of its Bitcoin and has therefore not realized any loss. Tron founder Justin Sun said he’d join Bukele in buying one Bitcoin per day.

Bankman-Fried Tells His Side of FTX-Collapse Story in Tweets (1:10 p.m. HK)

On Wednesday, Bankman-Fried added a further 18 tweets to a meandering thread he started at the beginning of the week.

The posts, published at sporadic intervals, have combined apologies for his failings with his perspective on what went wrong at the companies he founded and ran. They add to a previous series of cryptic posts. “We got overconfident and careless,” he said.

Singapore’s state-owned investor said in a statement that its belief in Sam Bankman-Fried was likely “misplaced” after it invested $210 million in FTX International and $65 million in FTX US across two funding rounds. It added that it has no direct exposure to cryptocurrencies remaining.

Temasek said it had conducted an “extensive due diligence process” on FTX and that its audited financial statement showed the company to be profitable. It added that while the writedown has no significant impact on its overall performance, “we treat any investment losses seriously and there will be learnings for us from this.”

Customers of crypto exchange Gemini, founded by brothers Cameron and Tyler Winklevoss, are caught in the fallout from FTX due to a high-yield product called Gemini Earn — which has just Genesis Global listed as a single accredited borrower that passed its vetting process. Gemini halted redemptions from the product on Wednesday after Genesis suspended withdrawals.

That left in limbo a program that, according to a person familiar with the matter, has $700 million of customer money tied up in it. Whether Gemini Earn customers ever get their money back remains to be seen. And much depends on Genesis itself, which has hired advisers to explore all possible options, including raising new funding.

Suspended withdrawals at cryptocurrency brokerage Genesis have cast an unwanted spotlight on Barry Silbert, the man at the helm of the Digital Currency Group empire.

Last year, DCG’s valuation reached $10 billion, after it sold $700 million of stock in a private sale led by SoftBank. In addition to Genesis, it has more than 200 companies in its portfolio including Grayscale Investments, which offers the world’s largest crypto fund. DCG is also the parent of crypto-mining service provider Foundry Digital, Coindesk and exchange Luno.

Cryptocurrency lender BlockFi Inc. is preparing to file for bankruptcy within days, according to people with knowledge of the matter who asked not to be named because discussions are private.

The crypto lender paused client withdrawals, citing bankruptcy uncertainties with FTX, while saying it had adequate liquidity and was exploring options with outside advisers.

FTX and its former chief executive officer, Democratic mega-donor Bankman-Fried, will be in congressional cross hairs next month as House and Senate panels probe the company’s collapse.

The House Financial Services and Senate Banking committees plan December hearings that will look at FTX’s sudden demise and its ripple affects in the broader digital asset industry. Democrats and Republicans alike have expressed anger about the current state of the crypto marketplace.

Bankman-Fried says he was mistaken about the cryptocurrency exchange’s leverage levels, thinking it was about $5 billion when it was $13 billion.

In his latest series of tweets explaining how FTX imploded, Bankman-Fried says the company got “overconfident and careless.”