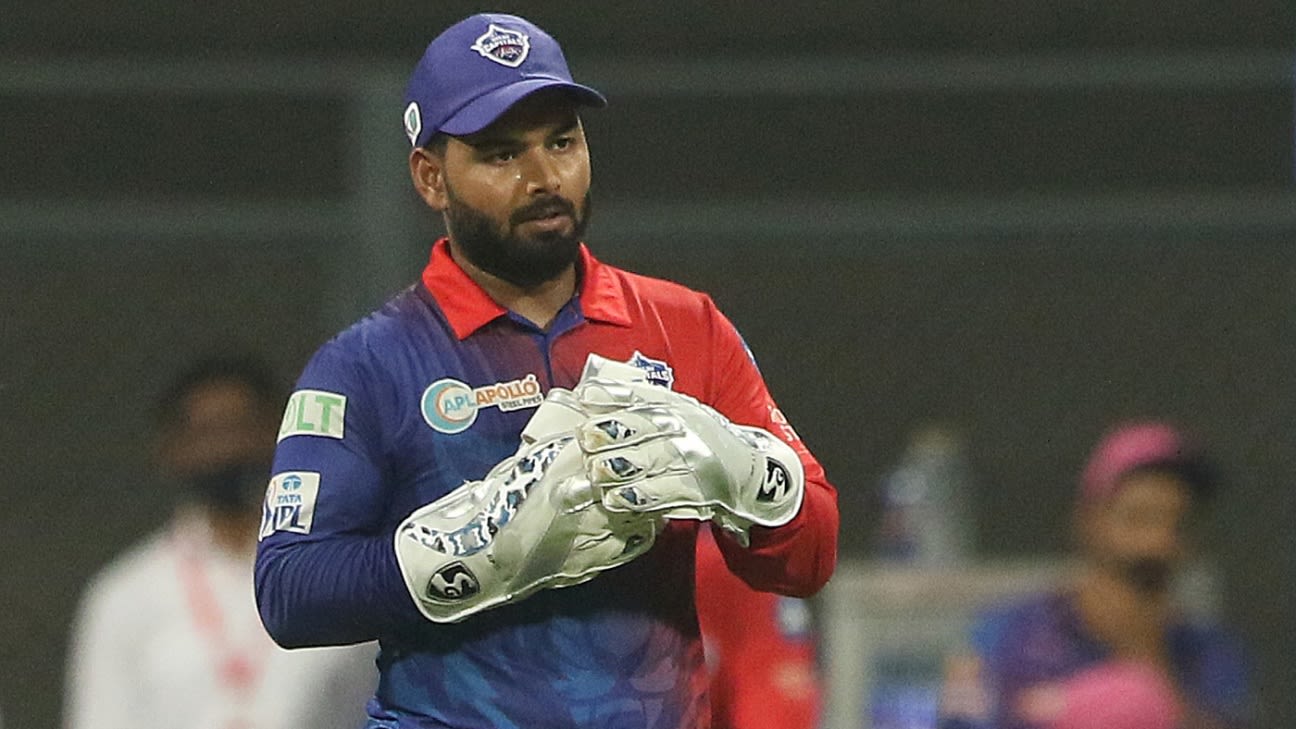 Delhi Capitals’ captain Rishabh Pant believes that the third umpire should have “interfered” to adjudicate on a controversial no-ball call in the final over of Friday evening’s contest against Rajasthan Royals. Pant said such a decision have proved “precious” for his team. However, Capitals’ assistant coach Shane Watson differed with his captain, saying the umpire’s decision had to be “accepted”.
The said incident which triggered the controversy was the third delivery of the final over of Capitals’ chase – a hip-high full-toss from Obed McCoy which his West Indies team-mate Rovman Powell pulled for a six. Capitals had started the over needing 36 runs. Powell had shaved half the target with three consecutive sixes. However drama ensued immediately after the third six, as both Powell and his batting partner Kuldeep Yadav questioned the on-field umpires Nitin Menon and Nikhil Patwardhan on whether it was a no-ball on height.
Pant and the rest of the Capitals dugout, too, gesticulated from outside the ropes asking their batters to pursue the argument even though the rule simply does not allow a no-ball to be referred unless a wicket is under review. Had a no-all been given, it would have resulted in the target coming down by a run to 17 runs off four deliveries with a free hit to follow. It was not an impossible task considering MS Dhoni had hit 16 runs from the final four deliveries to take Chennai Super Kings to victory on Thursday evening against Mumbai Indians.

Seeing the umpires not relenting, Pant even asked his batters to walk off the field. Royals’ legspinner Yuzvendra Chahal attempted to stop Kuldeep from walking away. Chaos prevailed as Pant then asked Capitals’ assistant coach Pravin Amre to enter the field and speak to the umpires. At the same time, Watson tried to calm Pant down. Jos Buttler, who had hit a scintillating century earlier, walked up to Pant infuriated at the Capitals captain’s actions.

The game eventually resumed, but Capitals lost by 15 runs as McCoy corrected his line and bowled slower. Regardless of the result, Pant later defended his actions. “In the end Powell gave us a chance,” he told Pommie Mbangwa in the post-match briefing with the host broadcaster. “I thought that no-ball could have been precious for us. I thought we could have checked that no-ball, but not in my control. Yes, disappointed, but can’t do much about it.”

Pant said the Capitals camp was “frustrated” by the umpires’ refusal to refer the legality of that third delivery which he said everyone present at the ground thought was a no-ball. “Everyone in the ground saw it. I think third umpire should have interfered in between and said that was a no-ball but I can’t change the rule myself.”

Asked by Mbangwa whether he had erred by sending Amre in to talk to the umpires, Pant acknowledged his mistake, but reasoned why he had to take such an extreme step. “Obviously, it wasn’t right, but what happened wasn’t also right. It was heat of the moment, can’t do much about it. I think it was fault of the both the sides, not only us, because throughout the tournament we have been seeing some good umpiring. I thought we could have done pretty well.”

Rovman Powell slammed three sixes in the final over, but it wasn’t enough•BCCI

Watson – ‘Have to accept umpire’s decision’

Watson, though, was unimpressed and felt Pant could have been distracted by the way Capitals had struggled through the match. “It is very disappointing what happened in that last over,” Watson said. “Unfortunately, we were in that position in the game because we were not able to put things together for long enough throughout that game up until that point. In the end the one thing at the Delhi Capitals you don’t stand for is what happened. The umpires’ decision, whether it’s right wrong, we have to accept it. Someone running onto the field certainly we can’t accept. It’s not good enough.”

Watson agreed that the stoppage allowed Royals to regroup, something Samson had also pointed out by having a word with McCoy to redraw his bowling plan for the final three deliveries where he gave just three runs and got Powell caught off the last ball.

“There is no question when there is a big stoppage in play like that it can change the momentum. It gave McCoy little bit of time to regroup as well. That stoppage did play into Rajasthan Royals’ hands. It was an unfortunate stoppage. In the end the thing is you got to accept the umpires’ decision no matter what it is – whether it is a good one or not so good one. You have just got to get on with the game. We are always taught as youngster all the way through that we have got to accept the umpires’ decision. That’s what we should have done.”

Samson, the Royals’ captain, decided to swipe aside the controversy without going into detail.

“It went for a six, it was a full toss,” Samson told the host broadcaster. “Umpire gave it a normal ball. Batsman wanted it as a no-ball actually. Umpire made his decision very clear.”

Royals’ team director Kumar Sangakkara, too, toed a safe line when asked to talk about the last-over controversy.

“It is umpires that control the game,” Sangakkara said. “I know the IPL has a lot of pressure, lot of tension and things can go either way. I don’t think I can’t really dictate what’s acceptable and what’s not.”