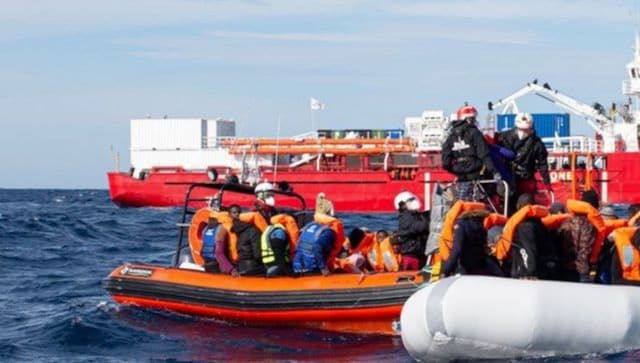 Lille, France: At least 166 migrants trapped in freezing waters of the European channel, days after a fatal shipwreck, were rescued by French services in the wee hours of Saturday, officials informed.

Reports say the migrants were trying to reach England on shaky boats. The officials told media that around 50 people stuffed in the boat off the northern French coast were rescued by a Navy vessel and taken to the port of
Calais, regional maritime officials said.

Another Navy vessel rescued 31 other shipwrecked migrants in the same area and took them to the port of Boulogne.

Coast Guards brought 45 more people onshore in Calais after they issued a distress call, while a lifeboat went to the aid of a further 40 people nearby.

All were attended to by rescue services.

More than 40,000 migrants — a record — have reached England by boat from northern France this year, risking their lives to cross one of the busiest shipping lanes in the world, often under dangerous weather conditions.

On Wednesday, at least four people died in a shipwreck off the southern English port of Dover.

That tragedy came just over a year after at least 27 people died in the Channel in another incident.

The UK government is trying to pass new laws to prevent the record numbers of migrants from attempting the Channel crossing, including making any such arrivals inadmissible for asylum claims.