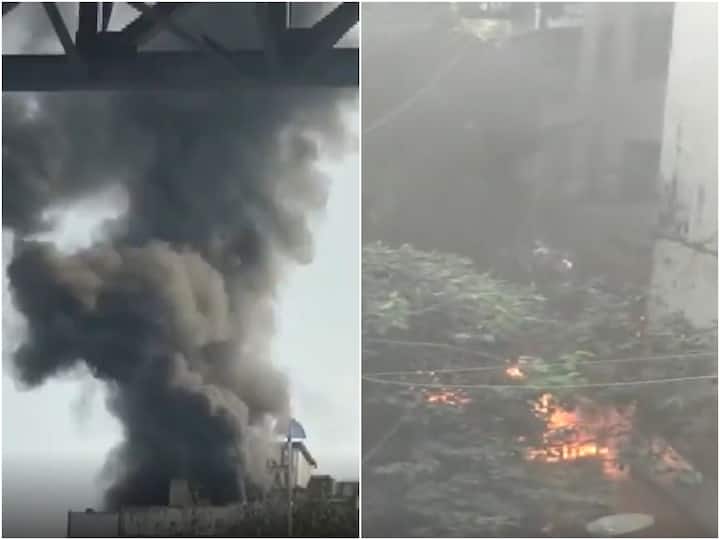 New Delhi: A fire broke out near Parekh Hospital in Mumbai’s Ghatkopar on Saturday. Eight fire tenders have reached the spot to douse the blaze, news agency ANI reported.

22 people have been admitted to Parakh Hospital after the fire broke out in Juno’s Pizza restaurant located in the nearby Vishwas building, the Mumbai Fire Service informed.

So far, no casualties have been reported in the incident.

The blaze erupted in the electricity meter room of the ground-plus-six-story ‘Vishwas’ building located in the Ghatkopar east area around 2 pm, news agency PTI reported an official as informing. Police are at the spot as the firefighting is on, the report mentioned.

This incident comes after a fire broke out in a 61-storey building in central Mumbai on Thursday.

The fire which started in a flat on the 22nd floor of `One Avighna Park’ building in the Curry Road area around 10.45 am was doused after three hours, by 1.50 pm, PTI reported. More than ten fire brigade vehicles were at the spot. In October 2021, a major fire had broken out on the 19th floor of the same residential complex in which a 30-year-old security guard died while saving others.

More details are awaited pertaining to the blaze in Ghatkopar as firefighting is currently underway.

News Next Desk - February 7, 2023 0
The Pittsburgh Maulers' full schedule for the 2023 USFL season was released Tuesday.The Maulers, coached by Ray Horton, open the season...
%d bloggers like this: