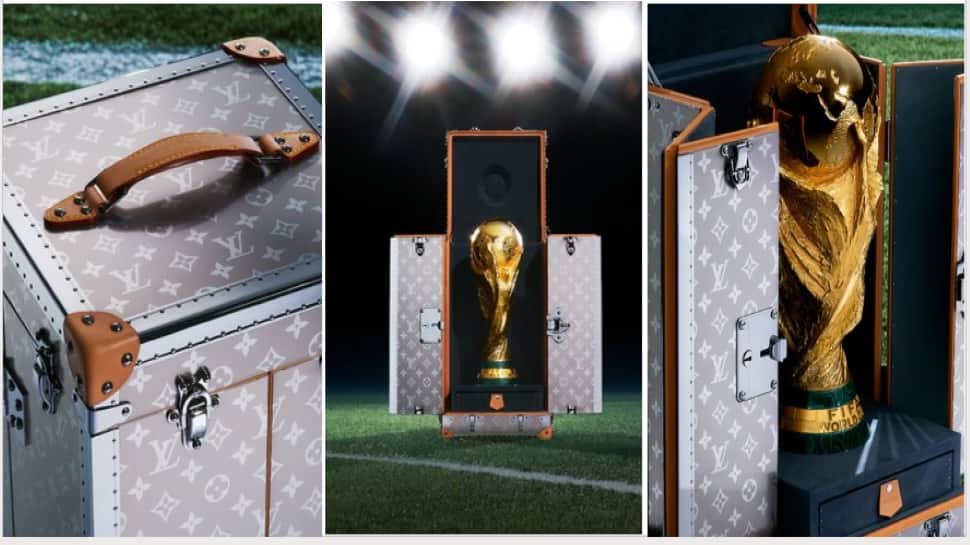 Louis Vuitton trophy trunk: The world’s most valuable luxury brand is Louis Vuitton. Leather goods, handbags, trunks, shoes, watches, jewellery, and accessories are among its offerings. Most of these have the LV monogram on them. With its headquarters in Paris, LV is never on sale but manages to sell like hot coffee.

Luggage trunks were the first items Louis Vuitton ever made for his brand-new business in Paris. As the variety of trunks for travel continued to grow, Louis Vuitton started manufacturing smaller bags and purses in the 1930s.

Louis Vuitton has created trunks specifically for the 2010, 2014, 2018, and 2022 FIFA World Cups as part of its association with one of the biggest sporting events in the world. The 6.175 kilogrammes of 18-carat gold and malachite in the coveted trophy are carefully protected by the Trophy Trunk. This exquisite case maintains Louis Vuitton’s 160-year link with legends, from monarchs, writers, and explorers to the most recognisable trophy in the world. It is a graceful and clever way to travel and show football’s greatest trophy.

“Louis Vuitton trophy trunks perpetuate the Maison’s long tradition of creating elegant and ingenious cases for travelers to transport their most precious belongings. Allowing the trophies to be safely transported and displayed, each trunk is handcrafted in Asnières, just outside Paris, by Louis Vuitton’s master artisans,” as stated on the Luios Vuitton website.

Apart from THE FIFA World Cup 2022 trophy, Louis Vuitton has also presented trophies in its luxurious trunks for: