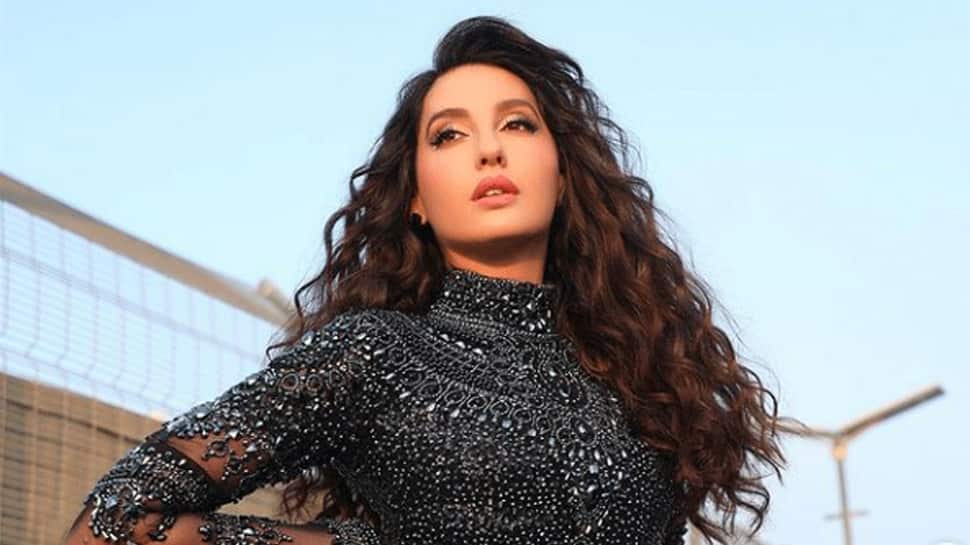 Lusail: Bollywood actor Nora Fatehi literally ‘lit the sky up’ at the Lusail Stadium with her breathtaking performance. The ‘Thank God’ actor took to the stage during the closing ceremony of the FIFA World Cup 2022, performing the World Cup anthem, ‘Light The Sky’.

Clad in a shiny outfit with lots of frills, the ‘Dilbar’ singer paired up her look with long lace stockings and shoes to complete her all-black attire. She sang a portion of the anthem in English and Hindi as she sang and danced with a number of backup dancers dressed in white.

The ‘Street Dancer 3D’ actor shared the stage with Balqees, Rahma Riad, and Manal, who sang the world cup number with her originally.Prior to the performance, the 30-year-old had taken to Instagram to tease her look for the stage in a post captioned “Fifa closing ceremony”.

Nora Fatehi earlier performed at the FIFA fan festival on December 1 in Doha. She grooved to several hit Bollywood tracks on the stage such as ‘Saki Saki’ and ‘Manike’, which were loved by all the fans.

Also, during her performance, the ‘Street Dancer 3D’ actor waved the Indian flag and screamed ‘Jai Hind’. Nora was recently seen in the song ‘Jedha Nasha’ from Ayushmann Khurrana’s upcoming quirky thriller film ‘An Action Hero’ which gathered massive responses from the audience.

She will be next seen in an upcoming comedy film ‘100%’ alongside John Abraham, Riteish Deshmukh and Shehnaaz Gill.