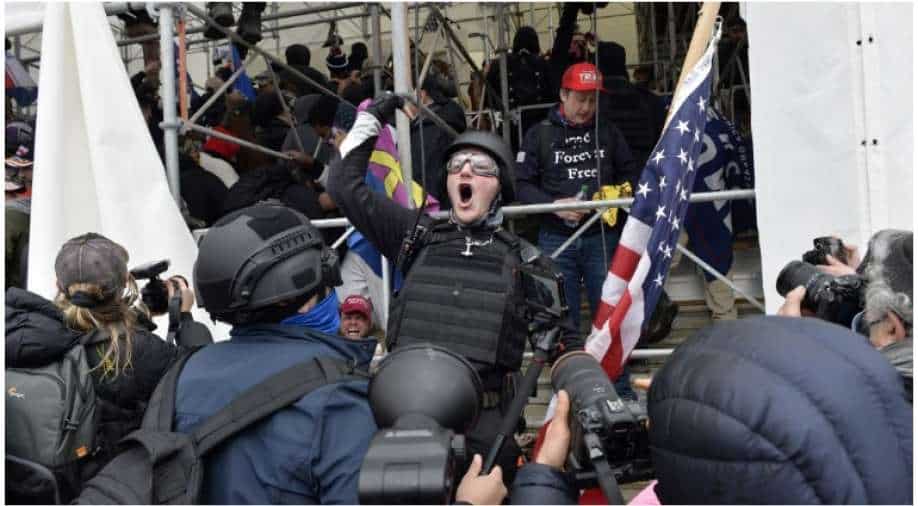 A brag about rioting to an Uber driver has led to arrest of a Capitol rioter by FBI in the US. Capitol Hill riots on January 6, 2021 were perpetrated by supporters of US President Donald Trump. Jerry Braun, one of the rioters, took an Uber to go home after the violence on the day. He had an eye-injury caused due to the scuffles during the rioting.

The driver noticed the injury and asked about it and the general mayhem on Capitol Hill.

“Well it started around, right when I got there. I tore down the barricades,” Braun bragged.

The conversation was recorded on the camera the taxi driver had installed inside the vehicle. The driver asked Braun why he tore down the barricades.

“Well, because, so we could get to the Capitol,” Braun replied.

“Well, how’d that work out for ya?” asked the driver

“Well, it looks like, uh, Biden’s gonna be our president,” said Braun. The conversation from the recording was reported by The Guardian.

The recording and tip-off from the Uber driver sent the Federal Bureau of Investigation (FBI) on a 15-month investigation.

Braun got off the vehicle at Holiday Inn in Arlington, Virginia. Authorities found that he had checked in on January 5 and checked out after two days. Authorities got his phone number and address from the inn. Braun was from South El Monte, California.

Just getting Braun’s whereabouts may not have been fully enough to build a watertight case against him. Guardian reported that to ascertain whether he really was Jerry Braun, FBI compared his images from the Uber taxi to those with California state authorities. It was a match.

Investigators then started to sift through the footage of the Capitol Hill riots. They found Braun scuffling with people, even raising a wooden plank againsy a security official. He also appeared to assault a person who was wearing a helmet with letters ‘Press’ on it.

Braun was arrested earlier this month on April 12.