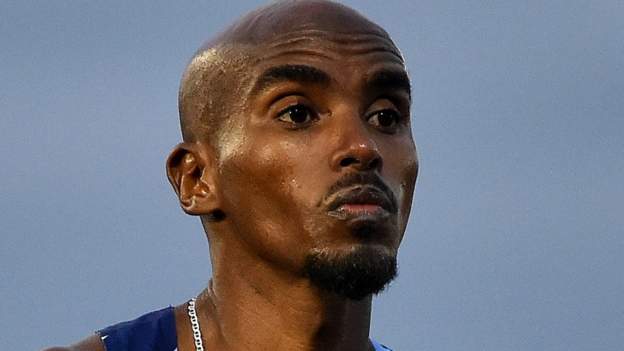 Four-time Olympic champion Mo Farah will race for the first time since failing to qualify for the Tokyo Games in Monday’s Vitality London 10,000.

The 39-year-old Briton will take on Phil Sesemann, the first male British finisher in the 2021 London Marathon, and Chris Thompson, who won the British Olympic trial last year.

Farah’s bid to qualify for Tokyo 2020 was hampered by a fractured foot.

He has said he wants to continue to race on road and track.

Asked in July about what race he imagines will mark the end of his career, Farah said: “I think it will be a marathon, or half marathon, and I’d love one more track event.”

Farah returned to the track in 2020 after three years focused on marathon, but his attempt to defend the 10,000m title he won in Rio five years earlier was short-lived as the qualification time proved beyond him.

The Scot, 31, broke Radcliffe’s British half-marathon mark in February and improved her own British 5km record in Malaga on Sunday.

“I couldn’t have asked for a better start to my 2022 season than to set a new British 5k record in my first race,” said McColgan.

“Now I’m really looking forward to coming back to the UK and running the Vitality London 10,000 and seeing what shape I am in over 10k.”

Steph Twell and Jess Piasecki will also compete alongside McColgan, but Charlotte Purdue has withdrawn because of illness.

Six-time Paralympic champion David Weir and Shelly Woods, who has won two Paralympic silver medals and one bronze, will lead the wheelchair fields.