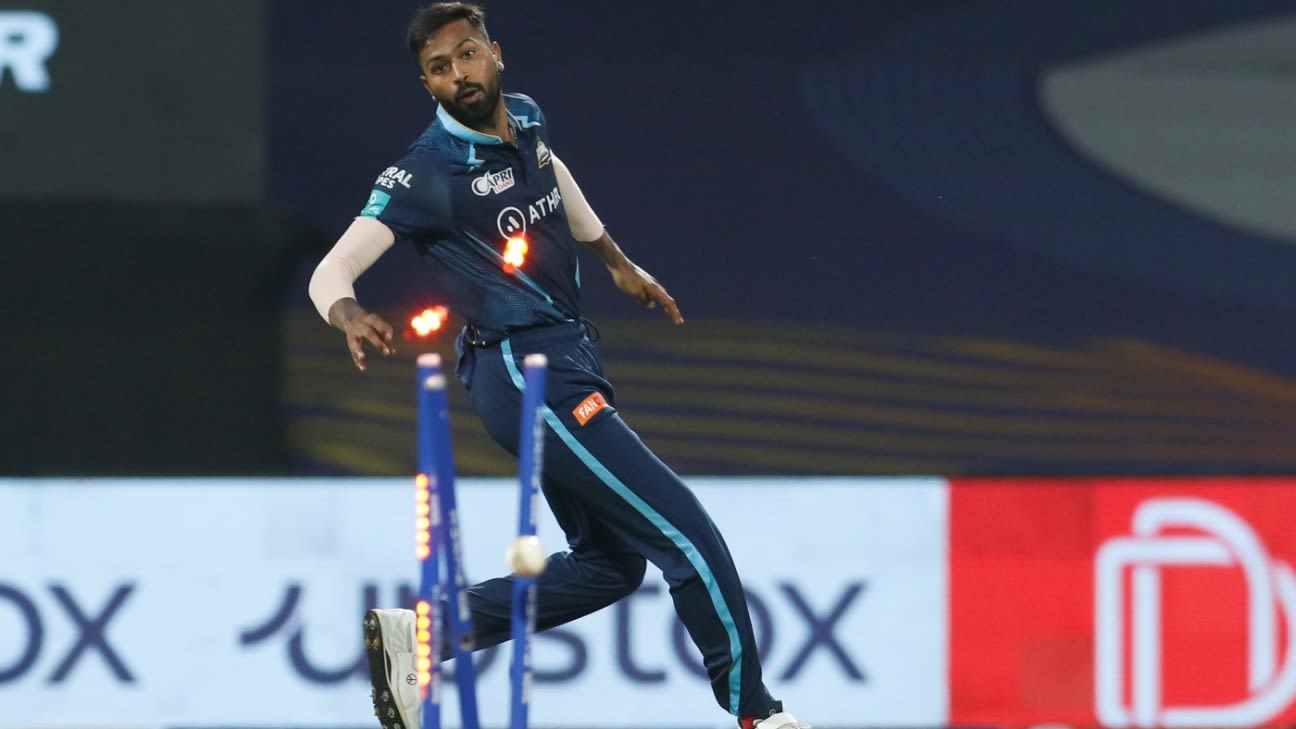 Captain: Hardik Pandya
Gujarat Titans’ decision to bat Hardik Pandya at No. 4 has been one of the key reasons for them topping the table this season. He is their leading run scorer with 228 runs in five outings with his lowest score being 27. As far as his bowling is concerned, he has picked up four wickets so far and has taken 11 wickets in nine innings against Knight Riders at an economy of 6.91.
Vice-captain: Andre Russell
Russell’s all-round performance this season has made him one of the captaincy choices for this game. He has scored 179 runs at a strike rate of 177.22 and has taken six wickets in seven games.
Hot Picks
Shreyas Iyer: Knight Riders’ skipper is their leading run scorer this season, having accumulated 236 runs in seven games at a healthy strike rate of 148.42. He is the second-highest run scorer against Rashid Khan in history of the IPL, having scored 83 runs in 77 balls with just two dismissals.
David Miller: Miller played one of the knocks of this season – an unbeaten 51-ball 94 – against Chennai Super Kings to take Titans home. Since 2021, he is the third-leading run scorer in death overs in T20s, with 437 runs in 228 balls at a strike rate of 191.66.
Differential Picks
Lockie Ferguson: Ferguson is set to lock horns against his former team, Knight Riders, for the first time. Along with Mohammed Shami, he is the joint-leading wicket-taker for Titans this season with eight wickets in six outings. The last time he played here, he picked up 3 for 23 against Rajasthan Royals.
Abhinav Manohar: The 27-year-old batter from Karnataka has been a vital cog in Titans’ batting order this season, having played the knocks of 35 off 21 and 43 off 28. Overall, he has scored 106 runs at a strike rate of 151.42 this season.