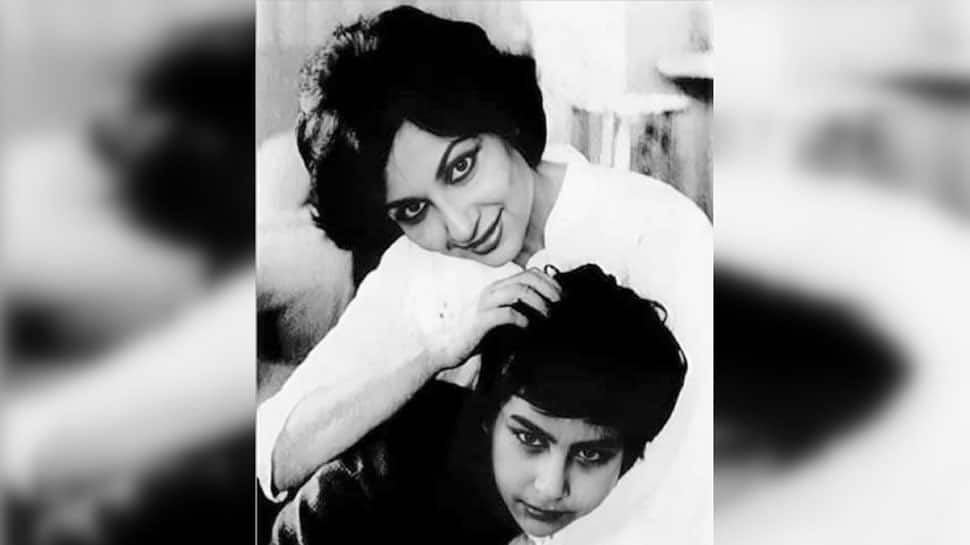 New Delhi: Saif Ali Khan’s sister Saba Pataudi took to her Instagram to share a childhood picture of Saif with their mother Sharmila Tagore. In a black and white photo from their childhood, Saba wrote, “Duo…darlings I’m wondering if he was the favourite one…??! What do U THINK??  Sons and daughters.. All the Mothers out there will know…. I’m sure! BUT ..as Always.”

As soon as she shared the picture, fans flooded the comments section with heart emojis and tried finding similarities between Saif and his son Taimur. “Looks like Taimur,” commented a user. “Such a cute picture,” commented another.

In the photo, Saif is seen sitting on mother Sharmila Tagore’s lap. The two are looking straight into the camera. He seems to be the same as his elder son Taimur, who is around five years old now.

Saba Ali Khan often shares old pictures of their family on social media and keeps giving the fans a glimpse into the royal life of Pataudi’s. A day earlier, she had shared a photo of her parents sitting in a restaurant in Gwalior.

Taimur was born in 2016 and is the elder son of Saif Ali Khan with his second wife Kareena Kapoor Khan. The two also gave birth to another son in 2021 whom they named Jehangir Ali Khan.