Home World Explained: What is menstrual leave and which countries allow it? 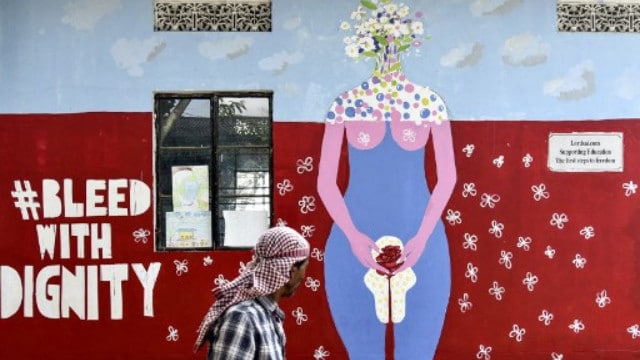 Spain has proposed a new legislation to allow women to take several days of “menstrual leave” each month. If the legislation is approved, Spain will become the first Western country to have such a legal measure for employees Spain has proposed a new legislation to allow women to take several days of “menstrual leave” each month. If the legislation is approved, Spain will become the first Western country to have such a legal measure for menstruating women.

As per a report by EuroNews, the Spanish government is expected to approve the measure as part of a broader draft bill on reproductive health and abortion rights, details of which are expected to be disclosed on Tuesday, according to national media.

The proposed law would introduce at least three sick days each month for women who suffer from severe period pains, according to El Pais newspaper.

What is menstrual leave?

It has long been debated across the world to implement menstrual leave for women in the workplace.
It is a type of leave where women may have the option of taking a paid or unpaid leave from their workplace when they are menstruating.

The menstruating period can cause severe discomfort, pain, emotional problems and other health issues, having such a measure at their disposal allows women to be at the comfort of their home instead of at the office.

Just as the topic of menstruation has remained a taboo in several third-world countries, the matter of menstrual leave is often associated with women’s work efficiency and workplace sexism.

Where do countries stand on menstrual leave?

Menstrual leaves are allowed to women In some Southeast Asian countries, including Indonesia, Japan, South Korea, and Taiwan.

While Indonesia gives women the right to two days of menstrual leave per month, these are not additional leaves.

In Japan, the legislation has been in effect for over 70 years now. Approved in 1947, Article 68 of the Labour Standards Law states, “When a woman for whom work during menstrual periods would be specially difficult has requested leave, the employer shall not employ such woman on days of the menstrual period.”

Even though the law requires companies to allow women to take the leave, it does not mandate them to provide paid leave or extra pay for women who choose to work during menstruation.

In South Korea, female employees are ensured additional pay if they do not take the menstrual leave.
However, there are few takers of the benefit. A Japanese government survey in 2017 found that only 0.9 per cent of female employees claimed period leave.

In Taiwan, the Act of Gender Equality in Employment gives women three days of “menstrual leave” per year, which will not be calculated toward the 30 days of “common sick leave”.

In the African country of Zambia, women are legally entitled to take a day off each month due to their menstrual leave policy, which is known as “Mother’s Day”. The woman employee can rightfully prosecute her employer if denied the leave.

There is no legal infrastructure in India to allow women the right to take menstrual leave. There are, however, some private companies, including Byju’s, Zomato and Culture Magazine that provide their female employees this benefit.

Bihar is the only state in the country that has government-approved period leaves. In January, 1992, a state government order declared that all women employees would get two consecutive days of leave every month, apart from their usual offs.

Under the Bill, women employed by both public and private establishments registered with the Central and/or state governments, would have been entitled to two days of menstrual leave every month, which would amount to 24 days of leave annually.