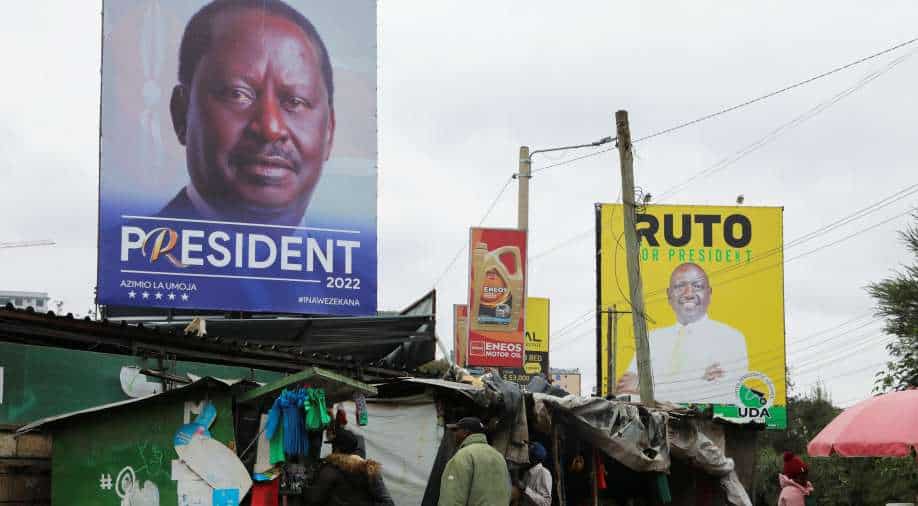 In a highly contested election pitting Deputy President William Ruto against veteran opposition leader Raila Odinga, millions of Kenyans will cast their votes for a new president on Tuesday. Due to term limits, President Uhuru Kenyatta is not running, but he supports Odinga. There will also be elections for lawmakers and national leaders. Odinga led by 6–8 points in the final four surveys released last week, but Ruto rejected them as false and intended to manipulate the public.

What is at stake?

Kenya, one of the continent’s most developed nations, houses the regional headquarters of multinational corporations like Alphabet and Visa and serves as a commercial gateway for East and Central Africa. Some of the most frequently traded assets on the continent by foreign investors include its equities, bonds, and shilling currency. Several election-related flashpoints are on the minds of investors. More than 1,200 people were killed after the 2007 election as a result of recent outbreaks of deadly violence.

The overall picture appears to be difficult: as an energy importer, Kenya has been hit hard by the rise in crude oil prices. Kenya’s borrowing costs are growing, similar to those of other developing nations, as the U.S. Federal Reserve and other important central banks raise interest rates to curb inflation. The premium that investors demand Kenya’s hard-currency debt over safe-haven U.S. Treasuries has decreased from over 1,400 basis points in mid-July, but it is still above 1,000 bps, which is considered to be dangerous.

What are the markets looking at?

Fiscal accounts, the balance of payments, and central bank reserves are being attentively examined by the markets. Kenya’s financial situation has long been a source of vulnerability due to its current account and fiscal deficits. A strong partnership with the International Monetary Fund was essential, according to Societe Generale’s emerging market strategist Gergely Urmossy, who claimed that Kenya could regain full access to global financial markets with a convincing plan.

Difference between Odinga and Ruto

The two leading candidates have made varying commitments about important policy concerns like addressing financial problems, creating jobs, and social expenditures. Odinga has promised to renegotiate debt arrangements in order to extend maturities and free up money for development and social programmes. According to Sthembiso E. Nkalanga of JPMorgan, the goal of restructuring debt to stretch maturities could be directed at domestic debt servicing, which has been greater than servicing of international debt. In order to spur economic growth and produce income, Ruto promises to cut back on borrowing and support small businesses.

What about the local investors?

The economic ideas of Odinga and Ruto are different, with Odinga arguing for stronger social safeguards and Ruto promising to support small businesses. Investors in the area are optimistic: In the central bank’s July market perception poll, which included all corporate leaders, three-quarters of them expressed optimism, up from just a third in the survey conducted five years prior. This is a result of political stability brought about by outgoing President Kenyatta’s March 2018 agreement with his bitter foe Odinga.