Home World Explained: As Nancy Pelosi steps down, a look at the role and... 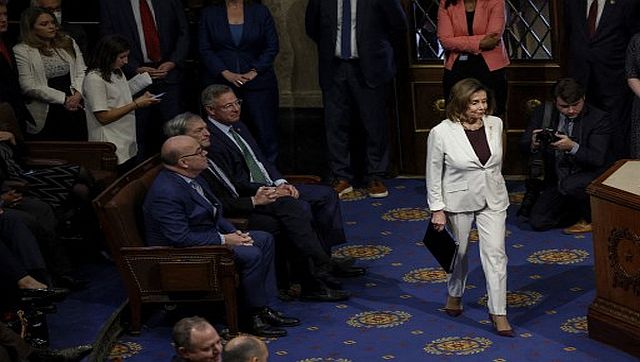 US House Speaker Nancy Pelosi announced that she will be stepping down from House leadership — and the speakership — after 15 years. AFP

Representative Nancy Pelosi, a Democrat and the first woman to hold the post of speaker of the House, announced on 17 November, that she will step down from House leadership — and the speakership — after 15 years leading her party.

Republicans scored a narrow victory over House Democrats in the midterm elections and will take over as the majority party in January, with Representative Kevin McCarthy nominated by his GOP colleagues to lead them as the next speaker of the House, pending a vote of the full House in early January 2023.

“For me the hour’s come for a new generation to lead the Democratic caucus that I so deeply respect,” Pelosi said in a speech on the House floor.

Second in the line of presidential succession after the vice president, the speaker occupies a central role in our national government. But what is it that a speaker actually does? 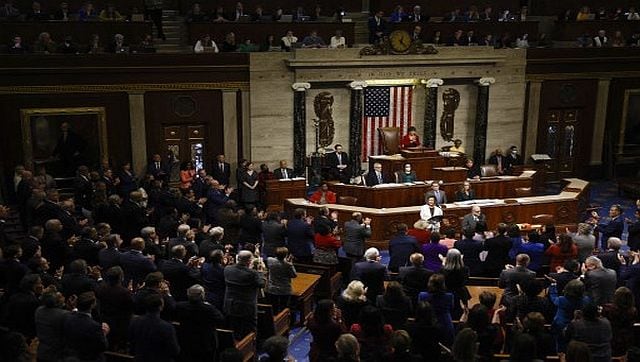 The speaker is selected by the full House membership, though the majority party’s voting power ensures that the role is occupied by one of their own. AFP

Most people think the speakership is a party office. It’s not. The speaker is selected by the full House membership, though the majority party’s voting power ensures that the role is occupied by one of their own.

From legislation to accounting

First, they are the most visible and authoritative spokesperson for the majority party in the House. Speakers articulate an agenda and explain legislative action to other Washington officials as well as the public. They oversee House committee assignments and collaborate with the powerful House Rules Committee to structure floor debate.

Second, the speaker manages business on the floor and navigates legislative rules, structuring House debate in a way that will advantage their legislative priorities.

Adherence to strict rules and procedures is necessary to overcome the difficulty of managing a large legislative body like the House of Representatives.

Third, the speaker oversees everything from accounting to procurement for the House.

During the republic’s early years, the speakership gradually gained power. By 1910, Speaker Joe Cannon had centralised power to such an extent that many of his own party members rebelled. Power was redistributed to committees and lower-level party leaders.

By the 1970s, committees had gained such control over legislative outcomes that widespread reforms were adopted, which shifted power back to the speaker.

From 1977 to 1995, three successive Democratic speakers — Thomas “Tip” O’Neill, Jim Wright and Tom Foley — reinvigorated the speakership. They enlarged the party leadership structure, creating wider networks of loyalty among members of the majority party while strengthening support for their priorities.

Today, the role of the speaker is influenced especially by changes instituted by Speaker Newt Gingrich, who took the gavel after the 1994 elections.

Gingrich, a Republican, was overtly partisan in the role. He announced that, compared with past speakers, he was “essentially a political leader of a grassroots movement seeking to do nothing less than reshape the federal government along with the political culture of the nation.”

Since Gingrich’s tenure, speakers are often criticised as too partisan and too powerful, trampling minority party interests. But this is the nature of the job in today’s Washington.

US defence bill includes upto $10bn in grants for Taiwan, will increase military presence in Australia

Rohit Shetty confirms that Deepika Padukone is his lady ‘Singham’, film to go on

News Next Desk - December 8, 2022 0
Kings Infra Ventures with over four decades of leading presence in seafood processing, exports, and aquaculture, has made a foray into the retail consumer...

‘Vadh’ review: Sanjay Mishra and Neena Gupta are the stars of...

News Next Desk - December 8, 2022 0
Sometimes actors in films do their jobs with such perfection and conviction that you kind of overlook the other flaws in the films. Directors Jaspal...

News Next Desk - December 8, 2022 0
The Realme 10 Pro series has finally been launched in India. The company has launched two new mid-range smartphones as part of its new...

News Next Desk - December 8, 2022 0
The Delhi High Court on Thursday issued summons to BharatPe's former MD Ashneer Grover and his wife on a suit filed by the company...

US defence bill includes upto $10bn in grants for Taiwan, will...

News Next Desk - December 8, 2022 0
A US legislation has authorised up to $10 billion in spending to boost security cooperation with Taiwan. It is part of a must-pass defence...
%d bloggers like this: