Home Entertainment EXCLUSIVE: Shraddha Walker’s HORRIFIC murder – How to tread with caution while 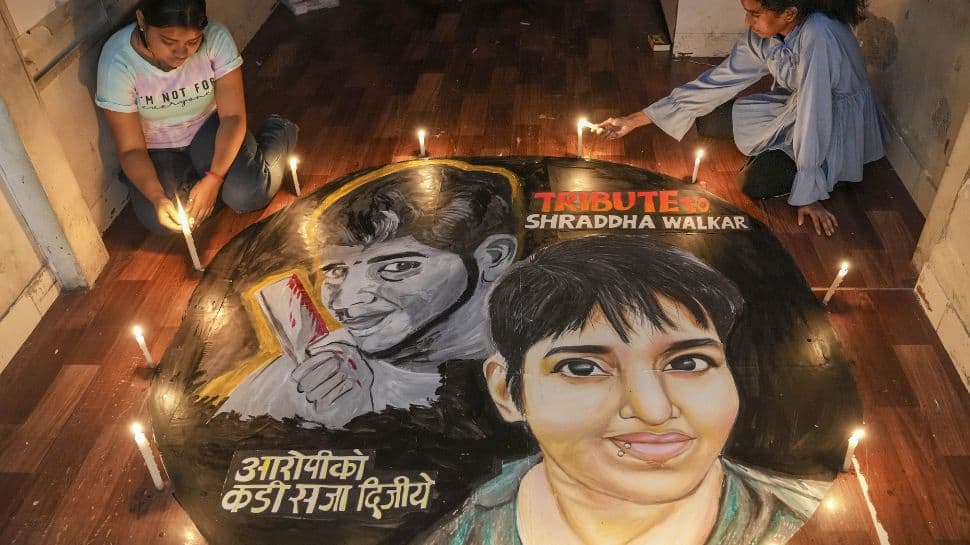 The case surrounding Aftab Amin Poonawalla, who has been arrested in the horrific Shraddha Walker murder case, has sent shockwaves across the nation. The sheer brutality of the crime has sent alarm bells ringing  – Aftab (28) has been arrested by the Delhi police for allegedly murdering Shraddha in May this year, chopping the body into 35 pieces before dumping them at different places in the national capital over several days.

Aftab and Shraddha had met via the dating app Bumble. Accounts of Shraddha’s friends have now indicated that the relationship, though in the beginning a “happy” one, had turned abusive, with Shraddha confessing to her friends that she was scared of Aftab. We spoke to Reema Ahmad, NLP Life Coach, Counsellor, Trauma Healer, and author of Unparenting- Sharing Awkward Truths with Curious Kids, about the warning signs in dating and the caution couples should take before venturing into the world of relationship and dating.

So what are the red flags? Reema Ahmad says, “At the outset, I want to make it clear that there is no one way to find out if a partner is right for you, or if he (or she) will turn out to be dangerous. Often, it’s very concealed when one has a masochistic or violent streak, especially in the beginning when they are trying to impress you.” She adds, “However, there are some generic points that one should keep in mind.”

Too much too soon? Put the brakes on relationship!

Ahmad says that often at the beginning of the relationship, “if someone moves too quickly in terms of showering a lot of affection, promising a lot of things very quickly when you are only getting to know each other – it could be a sign of somebody jumping into something they have not thought over.”

Sometimes our own mindset also plays a part. “Often, when we are going through trauma or have our own bad experiences, we look at dating as a solution to our problems. Then we jump into things too quickly. We try to impress people too fast, without addressing our own issues,” says Reema.

People who are pathological liars try to convince their partners too quickly and make promises very fast. If you are getting acquainted via dating apps, even before the meeting, these people make commitments. So jumping to things too soon might be a sign that things are moving too fast and it’s time to exercise caution and put the brakes on the relationship.

A low sense of self can be dangerous

When we have a low sense of self, we let people be violent towards us and ill-treat us. “We never question ourselves – what is it in me that allows people to mistreat me? The only thing we focus on is why the other person is doing this, what have I done wrong, and what can I do more to appease that person. We never question the action (of the partner) as wrong or as unjustified,” says Ahmad. She suggests that if someone has verbally ill-treated us when we have tried to set a boundary, it might be a warning sign that we are noticing.

Sometimes, the best thing to do is – LEAVE!

In relationships, people often give you signs they are not emotionally stable enough. But because we are brought up in a culture where we are taught to put up with a lot, especially women, we let things slide by. Sometimes, we feel that not everything is black or white. We are aware of the other person’s trauma, and issues and we want to help them. While the sentiment is appreciable, there’s a red flag. “If you have experienced physical or emotional pains at the hands of someone, your sticking around won’t help them. It will make them more comfortable with their (bad) behaviour and they will be encouraged to misbehave again. The best thing you can do for them and for yourself is to leave. Maybe then, they will be forced to acknowledge their mistakes and seek help/therapy,” shares Ahmad.

Ahmad says one has to be careful before entering the dating scene, especially when it comes to one’s own reason for getting into that space – be sure you are in a healthy state of mind. If we are coming from a painful past, and we have not worked on ourselves, it is more likely we will fall prey to the wrong kind of people. These might be people who are pleasing on the outside, very enticing, and who promise us a lot but are in reality all words and no action (or dangerous action). Sharing her personal experience, Ahmad says, “When I got out of an abusive, dark marriage, my sense of self was so low that I would settle for any scrap of attention from anybody. I had kept the bar for men very low. Anyone who would be nice to me, assuage my ego, who would compliment me… I would feel warm towards him, without thinking if he is dignified enough, if he has a good life and if his action matches his words.” Ahmad says women (and men) should focus more on actions and less on words and not create a fairytale about their partner. It’s important to be worldly wise and this is especially true of women, who often have an overprotective upbringing. “We must be aware of our own shortcomings, desires, and weaknesses. We must have a better understanding of the world,” says Ahmad.

In conclusion, Ahmad stresses that while these are generic pointers, people should remember that in cases of extreme violence/malevolence, the agenda can remain hidden and it’s not always possible to tell from before.

News Next Desk - December 6, 2022 0
Ukrainian President Volodymyr Zelensky visited the region of Donetsk on Tuesday in the aftermath of a fresh barrage of Russian missile strikes. Zelensky called...
%d bloggers like this: