Home National ‘Even Kasab Was Given Fair Trial, I Am Surely Not Worse’: Satyendra... 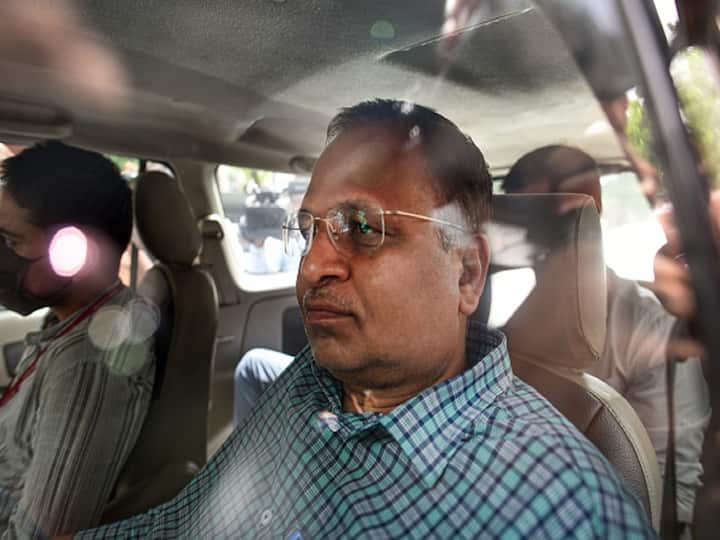 As videos of alleged VIP treatment in Tihar Jail circulate, Satyendar Jain, the Aam Aadmi Party’s (AAP) jailed Delhi minister, told a trial court on Tuesday that he has not been receiving “proper” food or medical care. According to his lawyer, Senior Advocate Rahul Mehra, he has lost around 28 kg in detention.

Special Judge Vikas Dhull was hearing arguments on Satyendar Jain’s contempt petition against the Enforcement Directorate (ED) for allegedly leaking footage from inside his detention cell to the media. The court set the subject for full arguments on November 28.

“Give me a fair trial. Even Ajmal Kasab was given that. I am surely not worse than that. Every minute I am suffering because of their (ED’s) actions,” the senior advocate and defence counsel Rahul Mehra was quoted as saying by news agency PTI.

Jain’s lawyer also claimed that the ED, which is investigating Jain for alleged money laundering, is leaking sensitive information to the media despite court restrictions.

The ED filed the submission in response to Jain’s petition for contempt of court for allegedly leaking the footage to the media, telling the court that it had no involvement in the alleged leak of CCTV footage showing jailed AAP minister Satyendar Jain receiving special treatment inside his prison cell.

The agency told the court that there was “not a single leak from the ED,” and it requested an adjournment of the case due to the absence of Additional Solicitor General (ASG) S V Raju.

“We will see that guilty are brought to justice. The pen drives that had the copies of the alleged video were only with the defence, the jail superintendent, and the court staff. There is not a single leak from the ED,” the agency told the court, PTI reported.

During the hearing, Jain’s counsel objected to the ED’s request for adjournment, claiming that his client was “defamed every single minute by their act.” “All points of their reply are in the media. My contempt is pending and they have the audacity to give it to the media,” senior advocate Rahul Mehra told the court on behalf of Jain, PTI reported.

He further denied the politician’s involvement in the leak of the documents and videos, stating he had no gain by the act.

Alleging that the ED was causing a “media trial”, the counsel told the court that “the only person prejudiced” was Jain.

“I will not do it because there is absolutely no gain. Doing it in a selective manner, publicize it across news channels… Before we enter court, (it) is playing all over the media. Is Jain a magician he can get things that are in ED custody and share it with the media. They can completely negate everything just because they’re ED,” the defence counsel was quoted as saying by PTI.

He further stated that an undertrial pressing Jain’s hand and feet were not a violation of any rule.

“Many Tihar officers have been suspended. The LG has set up an inquiry…. There are a lot of transfers, including some top officers. To presume leak on our behalf is completely preposterous. There has been no leak and there will be no leak. What they (defence) are alleging is already in the public domain. What is the requirement for defamation? Truth is an exception,” the ED told the court, PTI reported.

The matter was adjourned by the judge until November 28 for further proceedings.

The AAP came under fire on Saturday after videos apparently showing Jain receiving massage and meeting visitors in his prison cell surfaced, with the opposition BJP and Congress demanding his dismissal and an investigation into violations of jail rules.

On November 17, the court denied bail to Jain and two other defendants in the case.

Based on a CBI FIR launched against him in 2017 under the Prevention of Corruption Act, the federal agency arrested Jain in a money laundering case. Jain is accused of laundering money through four entities that are reportedly linked to him.