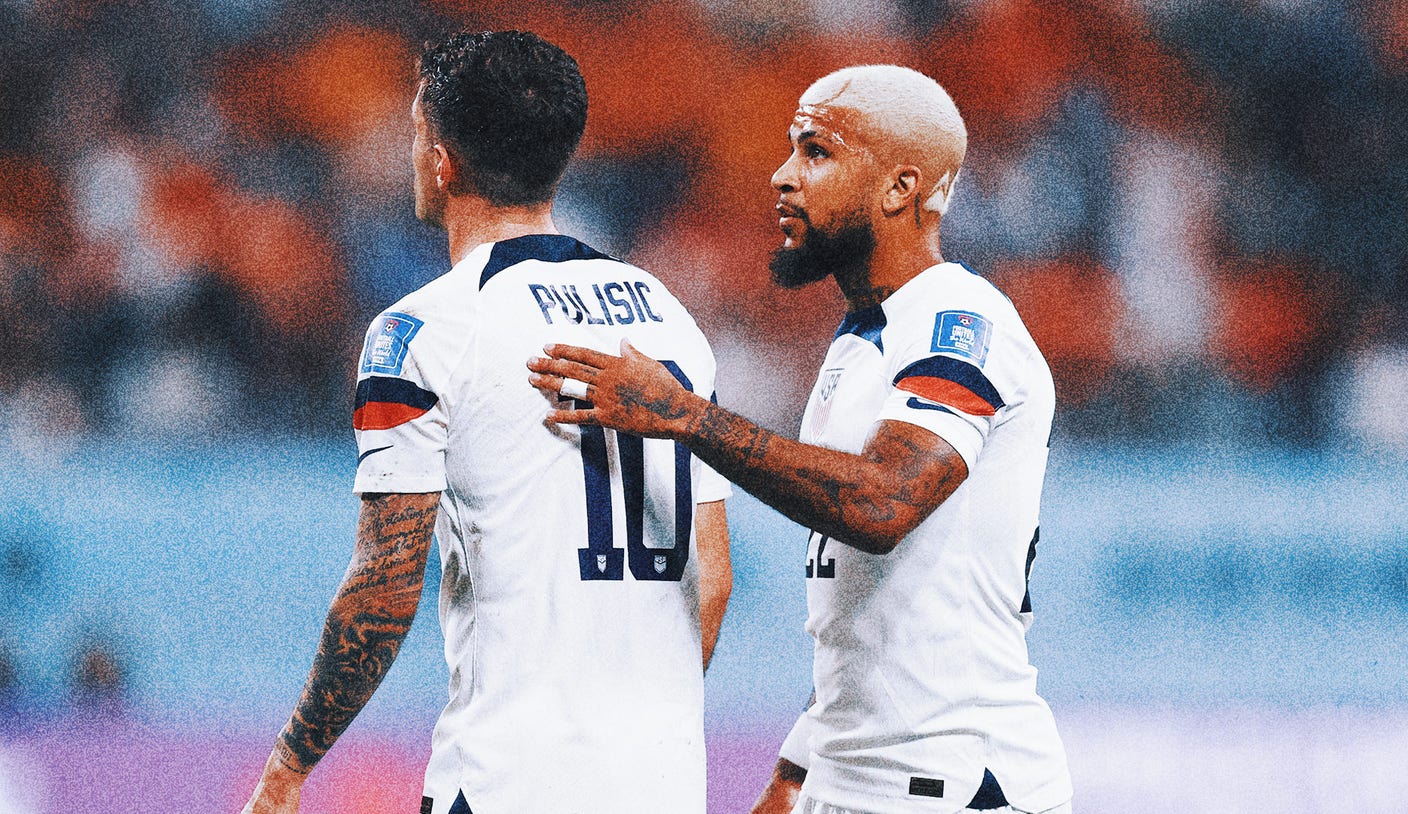 AR-RAYYAN, Qatar – Four American soccer players sat in a circle on the turf of Khalifa Stadium an hour after getting knocked out of the World Cup.

The United States men’s national team gave everything it had through four games, but on Saturday, it met a better team in the Netherlands that beat them 3-1, ending their hopes of reaching the World Cup quarterfinal for the first time in 20 years.

DeAndre Yedlin, Tim Weah, Aaron Long and Sean Johnson sat together on the wet grass, legs crossed, soaking in their surroundings. They chatted about life and what this moment meant in the grand scheme.

“We were just putting things in perspective and reflecting on the journey and just giving thanks, you know, to the Earth,” said Yedlin, who was the only U.S. player that had been to and played in a previous World Cup heading into Qatar.

Yedlin explained later that he and his teammates often sit together like this after training sessions and games. They’ve been doing it for a while, actually, and call the session of sorts “grounding.”

“It just helps put perspective to life, good or bad,” he said.

“It’s something that I have [been doing for awhile],” Yedlin continued. “We kind of introduced it to the team and the guys have liked it, so we’re just trying to keep it going. Especially in a time like this, where it can be difficult to put perspective to life and realize that it’s not the be all, end all.”

Eight years ago, Yedlin was the second-youngest member of the 2014 USMNT squad that went to Brazil, which was also defeated in the round of 16. He came off the bench in every match as a youthful 20-year-old. In Qatar, Yedlin, now a 29-year-old veteran, played in two matches where he came on as a late substitute.

Much had been said about his importance to this roster because of his World Cup experience. And leading into the tournament, teammates asked him all sorts of questions like what it would be like and what to expect. The Inter Miami defender happily gave advice.

Yedlin is a guy who loves soccer, but one who also understands there’s more to life and has said he doesn’t really watch the sport outside of playing it. He’s encouraged this group of 20-somethings to recognize the bigger picture and think about their experience introspectively.

“I’ve learned to put perspective on things better than when I was younger,” Yedlin said. “It hurts and it hurts for a lot of the guys, but I think it’s important that we realize that we still have our families. The guys who have children, we still have our children. We’re still sons, brothers, uncles, whatever it may be. And that’s the most important thing in life.”

On Friday, the day before the Netherlands match, U.S. captain Tyler Adams was asked about the team’s energy heading into the most important game any of the guys had ever played. He noted that it was high and that Yedlin and Weah, who are close friends, are the ones the squad counts on to “keep the vibes high at all times.” Adams said they don’t go anywhere without their speaker blaring music.

That was even the case hours after the final whistle when Yedlin and Weah walked through the mixed zone together. Their collective mood was solemn as they wore hats and hoodies to cover their faces. But Yedlin wheeled his boombox-sized speaker behind him and had loud music playing anyway.

“You know, you hear a lot of talk about vibes with this team and people like to joke about it,” Yedlin said. “But at the end of the day, I think that could be this team’s biggest quality – that we’re always positive. We’re always looking forward. And you know, even when there’s quote-unquote bad moments, we’re able to put perspective on it and move forward.”

Since Yedlin was part of the USMNT in 2014, he is uniquely qualified to explain why, even after a painful loss to the Netherlands, the program is in a different place than it was back then. He cited this team’s brotherhood and its culture. He said it has built a foundation over the last four years after failing to qualify for the 2018 World Cup. He said he believes things are heading in the right direction.

“I think it’s a step forward,” Yedlin said. “I think things happen for a reason. You look at 2018, this group was brought together [after missing the tournament]. Then this happens and people are asking why it happened like this, or what will come in the future.

“I’m sure at some point it will all make sense.”