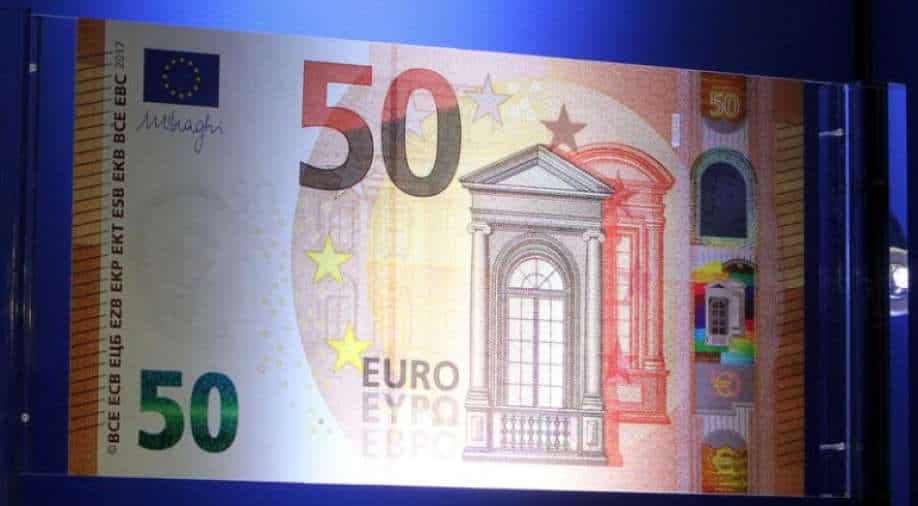 The euro edged lower on Thursday on caution about developments in Ukraine and limited progress in peace talks, while the Norwegian crown fell sharply after the central bank decided to buy foreign currency. Russian forces prepared for new attacks, Ukrainian President Volodymyr Zelenskiy said, while no quick resolution is expected from peace talks that will resume on Friday. The euro dropped 0.3 per cent to $1.1118 after hitting its highest since March 1 at $1.1184. “The single currency is always around $1.11, with investors still cautious about future developments in Ukraine,” Roberto Mialich, forex analyst at Unicredit, said. “The market wants to believe in a peace deal or at least in a truce in Ukraine. This is why rouble remains not far from its pre-war levels against the dollar, and the greenback is struggling to appreciate,” he added.The dollar index, which tracks the U.S. currency against six peers, rose 0.2 per cent to 98.074.

The rouble was down 3 per cent versus the greenback at 78.55.

Investors also focused on the next European Central Bank’s moves after robust inflation data. ECB chief economist Philip Lane said on Thursday euro zone inflation was increasingly likely to stabilise around 2 per cent but the ECB should be ready to change course if the outlook deteriorates due to Russia’s war in Ukraine.

“Until the risk of an energy crisis and considerable economic effects resulting from the Ukraine war have been banished, the ECB is likely to hesitate to make a clear commitment,” Antje Praefcke, forex analyst at Commerzbank, said in a note to clients.

“And as a result, it will also be a while before the euro can appreciate on a sustainable basis,” she added.

Money markets are currently pricing in an around 85 per cent chance of 20 basis points (bps) of ECB rate hikes by July 2022 and 60 bps by year-end.

The Norwegian crown plunged after oil prices dived and the central bank said it would buy foreign currency for its sovereign wealth fund in April.

Norges Bank plans to exchange 2 billion crowns ($231.9 million) per day into foreign currency, which will in turn be invested abroad by the wealth fund, already the world’s largest with assets of $1.3 trillion.

However, it is not far from its highest since October 2018 against the euro at 9.4424 and its highest since November 2021 versus the dollar at 8.5675, which it hit last week on the back of a rally in Brent crude oil futures.

“The central bank move might curb the currency, but we think the Norwegian crown still has room for further appreciation, thanks to expectations of more rises in energy prices,” Unicredit’s Mialich argued.

Other commodity currencies, such as the Australian and New Zealand dollar, dropped by around 0.5 per cent.

The Swedish crown was slightly lower against the euro, just off its highest since January of 10.3059 hit on Wednesday as the central bank said it would have to tighten monetary policy this year.