Home National Ensure Adequate Funds For MGNREGA, Payment Of Workers Within 15 Days Of... 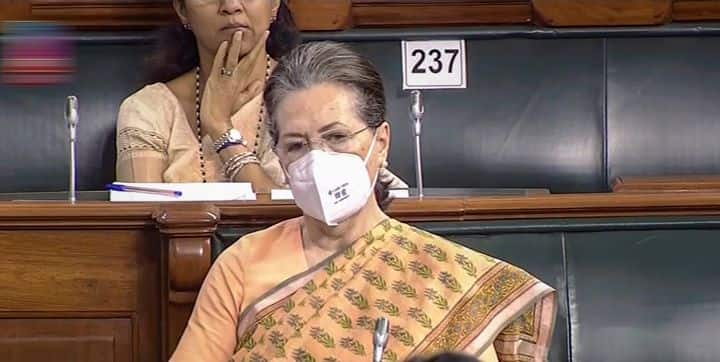 New Delhi: Congress interim President Sonia Gandhi spoke in the Lok Sabha on Thursday voiced concern over the budgetary cut for MGNREGA, asking the centre to make adequate allocations while also making payment of wages to labourers within 15 days of work.

She contended that several states have negative balances in their accounts to the tune of Rs 5000 crore after the budget for MGNREGA was reduced which has led to delays in payments to workers.

Raising the issue during the Zero Hour, Gandhi said MGNREGA, which was mocked by some persons, had provided timely help to crores of affected poor families during the pandemic and played a positive role in helping the government.

Speaking about the Union Budget 2022 and the funds allocated under MGNREGA, she said that this time the budget is 35 per cent less than that of 2020 and a regular deduction of the budget has been going on for the scheme, adding that this is happening at a time when unemployment is rising continuously.

Gandhi said the budgetary cuts were weakening the legal guarantee of timely payment and employment. She noted that the Supreme Court had likened the delay in MGNREGA payments with forced labour, reported PTI.

Gandhi said the states were told that their annual labour budget will not be approved unless they meet conditions related to social audit and appointment of Lokpal.

Social audit should be made effective but workers can’t be punished by stopping the money for this, she said.

Gandi said, “I request the Central government to allocate adequate funds for MGNREGA, ensure payment of workers within 15 days of work, and pay compensation in case of delay in payment of wages”

BJP leaders in the Parliament hit back at Sonia Gandhi and said that her facts were not correct and she is politicising the issue.

Responding to Gandhi, &B Minister Anurag Thakur  alleged that the MGNREGA scheme saw massive corruption under the UPA government, which was weeded out by the Modi government.

He said under Prime Minister Modi, geo-tagging of assets created under MGNREGA was introduced and payments were directly made to workers in their Jan Dhan accounts.

Rural Development Minister Giriraj Singh also lashed out at Gandhi, accusing her of politicising the issue and claimed that her remarks were far from truth .

The issue raised by the honourable member is far from the truth. The budgetary allocation for MGNREGA in 2013-14 (UPA years) was Rs 33,000 crore, whereas under Prime Minister Narendra Modi it had reached Rs 1.12 lakh crore. No need to show us the mirror, Singh said.

While Thakur and Singh responded to the matter raise by Gandhi, Congress members protested strongly over the remarks targeting the UPA.

As the commotion continued, Thakur said it was ironic for the opposition to criticise when a union minister had responded immediately to an issue raised by Gandhi.