Home Sports England’s conundrum: How do you stop the unstoppable Kylian Mbappé? 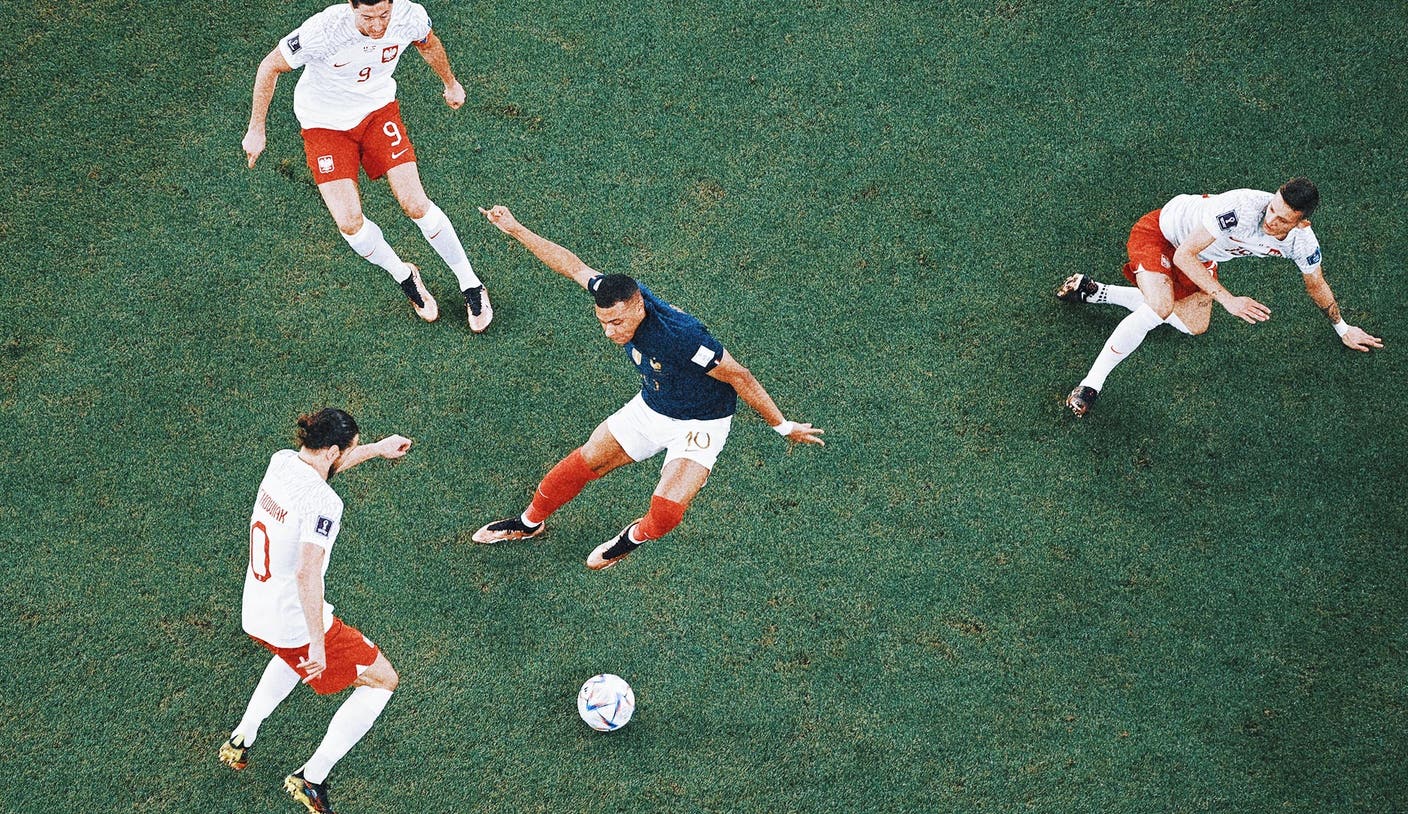 AL RAYYAN, Qatar – Kyle Walker did not mince words when he was asked about the task at hand this week.

Walker’s England team plays France on Saturday night at Al Bayt Stadium (2 p.m. ET on FOX and the FOX Sports app) in what is projected to be a World Cup quarterfinal for the ages between European powers. France is striving to become the first team in 60 years to win consecutive World Cups, but to do that, Les Bleus must beat an English team that’s finding its rhythm.

France’s primary weapon is one everybody knows – 23-year-old GOAT-in-waiting, Kylian Mbappé. The young Paris Saint-Germain striker is the best player in the world right now and currently leads the Golden Boot race with five goals (and two assists) in four games at this World Cup. His tally is nine goals in under two full World Cups, which is the same number that Lionel Messi has and one more than Cristiano Ronaldo, both of whom are more than 10 years older and playing in their fifth World Cup.

A huge question for England heading into this knockout match is, how do you stop the unstoppable Mbappé?

“The game is not England vs. Mbappé, the game is England vs. France,” said Walker, who starts at right back and will have the responsibility of closely marking Mbappé. “We respect that he’s a good player in good form at the minute. But I’m not going to roll out a red carpet for him and tell him to go and score. I’m representing my country at the quarterfinal at the World Cup. It’s do-or-die, really. If we lose, we go home.

“He’s not going to stand in my way in hopefully winning a World Cup for my country.”

[England vs. France: 5 matchups that will decide quarterfinal]

Walker, who plays for Manchester City, has played against Mbappé before in the Champions League. He’s 2-1 against him and Mbappé only scored once in those meetings.

“Kyle is the most consistent right back there’s been for the last 10 years or so,” England captain Harry Kane said. “He’s improved through his career and is playing at the highest level I think he’s ever played.

“There’s lots of talk of Kyle and Kylian, but he’ll do his job like he’s always done. With the ball, without the ball, he’ll be ready. I think he’s one of the best defenders there is.”

Added Walker: “I do understand what I need to do and that’s obviously to stop him.”

“Hats off to him,” Fofana said via the Guardian. “If he can stop Kylian then good for him. There are 19 other teams in the French league [Ligue 1] that are waiting for the answer on how to stop Kylian.

“The truth is on the pitch. We will see what happens on Saturday. As a Frenchman, we all believe in Kylian.”

Walker took a bit of offense to being asked about Mbappé, noting that France has a team full of world-class talent so it can’t get bogged down by focusing too much on one player.

“We can’t underestimate those players that have won big titles, won big cups,” Walker said. “He’s a great player, we all know that. That’s why all the questions are about him, but let’s not forget [Olivier] Giroud, who scored countless goals for France and in the Premier League.

“[Ousmane] Dembele who, for me, is just as good on the other wing, is a very tricky player. Then you’ve got [Antoine] Griezmann and stuff like this. These players can cause problems.

“We take our hat off to [Mbappé]. He is a great player. For me, all the questions shouldn’t be about him.”

English manager Gareth Southgate said something similar as he fielded multiple questions about Mbappé the night before the match. He said French manager Didier Deschamps has created “a team that is stronger than the individuals.”

That may be the right thing for a coach to say, but after France beat Poland in the Round of 16, and Mbappé scored two goals and had the assist on Giroud’s record-breaking goal, Deschamps said, “Kylian can make a difference on his own in a match.”

So, as England watches film and prepares to face a generational talent in Mbappé, what specifically can it do to stop him?

“I think it’s the same as every position on the field,” Southgate said. “You have 10 one against one battles on the field. But then everybody else around those individual battles has to support their teammate and you’ve got to work collectively to be able to stop any player like that.

“Of course there’s a responsibility on his direct opponents and we’re ready for that, ready for the detail of that. But then you have to expect the same for our forwards. If our forwards get past one of their defenders, there’s got to be cover and it would be the same on our team. So you’ve got to work the areas of the pitch to make sure that there’s good coverage and support for every player on the pitch.

Mbappé was a teenager at the World Cup four years ago, a relative unknown to a global soccer audience. Now everyone knows him and everyone wants a piece of him. But his teammates say he isn’t reading anything in the press while in Qatar.

In fact, he’s so focused and determined that he skipped post-game interviews during the group stage. After being named Man of the Match in the victory over Poland, he came to the news conference and apologized to reporters for his absences. It was nothing personal, he said.

“I just needed to focus on the tournament and my football,” Mbappé said. “And when I want to concentrate on something, that’s the way I function.”

He shrugs off talk about winning the Golden Boot or Golden Ball, too.

And England is here to try and stop that from happening.