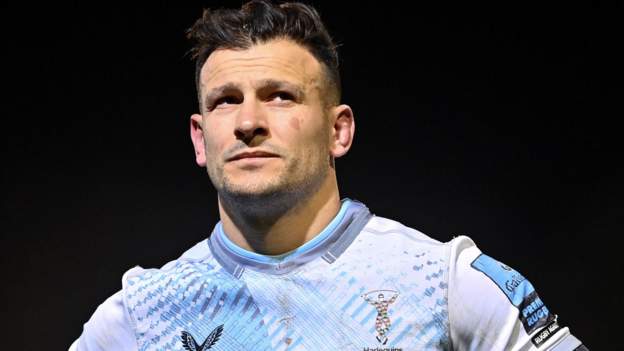 Veteran scrum-half Danny Care has extended his contract at Harlequins.

“I cherish some incredible memories so far and I know this group is capable of creating moments of the same calibre,” he told the club website.

Former Quins captain Care is fourth in the Premiership’s all-time try-scoring charts with 83 and his 260 league appearances ranks him fifth overall.

Care, who also has a record number of tries for his club side, is approaching 350 appearances in a Quins shirt and is one of only four players to have played on more than 300 occasions.

He arrived in Twickenham from Leeds Tykes in 2006 and wrote himself into club folklore as he started their 2011 Challenge Cup victory against Stade Francais and their Premiership finals in 2012 and 2021.

“Pulling on the Quins jersey has been and continues to be one of the proudest parts of my career and I’m delighted to sign on again,” Care added.

“I’ve been with this club for the better part of two decades and I cherish some incredible memories from the things we have achieved so far. The Challenge Cup win and the Premiership titles are some of the highlights of my career.”

Harlequins attack and backs coach Nick Evans added: “He is one of the all-time greats for Harlequins and I know this news will come as a huge boost for our fantastic supporters.

“Danny is a leading figure within this squad and whenever he is on the pitch you can see his influence and input on how we play our brand of rugby.

“His return to the international scene earlier this year reflects just how hard he has continued to work over a nearly 20-year rugby career. His professionalism is second to none and we are thrilled to have him recommit to the team.”