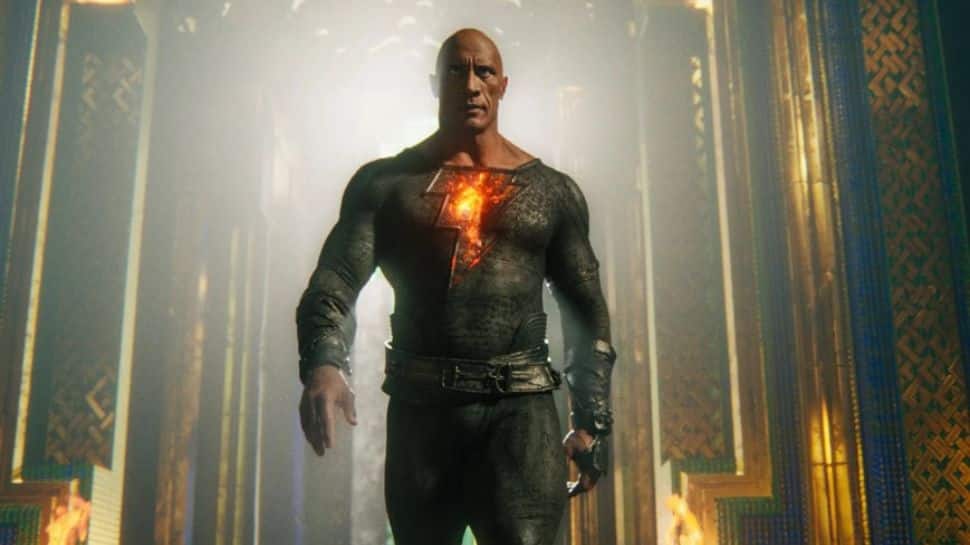 Los Angeles: Hollywood star Dwayne Johnson says that after talking with DC Studios co-chief James Gunn, his anti-hero Black Adam “will not be in their first chapter of storytelling”. But Johnson added a statement posted to social media that DC and his production company, Seven Bucks, “have agreed to continue exploring the most valuable ways Black Adam can be utilised in future DC multiverse chapters”, reports `Variety`.

In response, Gunn tweeted” “Love the Rock, and I`m always excited to see what he and Seven Bucks do next. Can`t wait to collaborate soon.” The announcement is the latest in a flurry of headlines that have followed Gunn`s appointment to the head of DC Studios with producer Peter Safran, as the two men reshape the future of Warner Bros.`s slate of films, TV shows and games based on DC characters.

Gunn and Safran have systematically untangled the DC Universe from the suite of characters that have been established over the last 10 years, starting with Gal Gadot`s `Wonder Woman` and Henry Cavill`s `Superman` — two actors who have played the roles in multiple movies.

Cavill most recently appeared in `Black Adam` as the Man of Steel in a post-credits cameo, which presaged the actor`s announcement that he was “back as Superman” a day before Gunn and Safran officially landed their jobs running DC.

On December 14, Cavill acknowledged that he would not, in fact, be returning as the last son of Krypton, as news broke that Gunn was writing a new Superman movie. Johnson, by contrast, just made his DC debut with `Black Adam`, which premiered in theatres in October to disappointing box office returns, throwing prospects of a sequel into doubt within weeks of its opening.

To date, the movie has earned $391 million worldwide (against a $195 million budget, plus marketing), and studio insiders have told `Variety` that `Black Adam` will likely lose money, an assessment Johnson has disputed on Twitter. Johnson`s statement includes effusive praise for Gunn, noting they`ve known each other “for years” and “have always rooted for each other to succeed”.

That comes a day after Gunn addressed “disrespectful outcry” by some DC fans for his creative decisions regarding Cavill and Gadot. “We were aware there would be a period of turbulence when we took this gig, and we knew we would sometimes have to make difficult and not-so-obvious choices, especially in the wake of the fractious nature of what came before us,” Gunn posted.

“Our choices for the DCU are based upon what we believe is best for the story and best for the DC characters who have been around for nearly 85 years. Perhaps these choices are great, perhaps not, but they are made with sincere hearts and integrity, and always with the story in mind.”