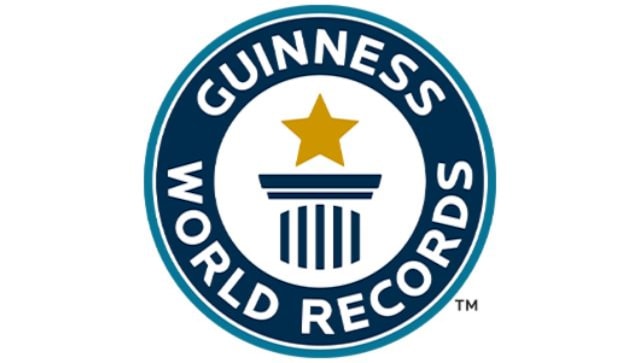 Youtuber and fitness enthusiasts Stan Browney and Arjen Albert from the Netherlands broke the world record of successfully completing the most number of pull-ups while hanging mid-air from a helicopter. Stan Browney fetched the record on 6 July 2022 at Belgium’s Hoevenen Airfield in Antwerp under the watchful eyes of a Guinness World Records adjudicator. As per the official GWR release, he performed 25 pull-ups in one minute to write his name on the record book. They also recorded their journey to this ‘craziest world record’ and shared the experience with a video on their YouTube channel named Browney. The video includes everything from their decision to the preparation and in the last, Stan Browney can be seen posing with his GWR certificate.

The previous record was held by Armenia’s Roman Sahradyan who breached the record by doing 23 helicopter pull-ups on 2 October 2021. Though doing pull-ups was not a tough job for Browney who is an expert in callisthenics, a gymnastic exercise to improve someone’s physical strength and elegance of motion, doing it while dangling from a helicopter was indeed a challenging task for him.

The pole used in the gym is a static one but the main problem the athletes had to face was the motion of the helicopter. To simulate the motion, they used a suspended and slippery PVC tube hanging from a rope. The video shows the mates spending a lot of time in the gym to get their muscles prepared for the final day. To arrange a helicopter was another hurdle to overcome. It took a total of 114 days for them to get ready.

On a sunny July day, they arrived at the spot with a helicopter and two of the GWR adjudicators. Arjen Albert took the first attempt and gave up after completing 24 pull-ups. It was a new world record. Stan Browney went next and started the task confidently. The dedication he put into preparing himself during the training days reflected his efforts. In one minute, he snatched the record from his friend and enlisted his name on the top of the list.

Stan Browney’s channel has more than 2 million subscribers on YouTube. Many fitness freaks around the globe keep his channel in check to receive updates and suggestions to keep themselves fit and active. The Guinness World Record video has received as many as 5 lakhs views on YouTube and his subscribers showered numerous congratulatory messages for him in the comment section.