Home Entertainment Durga Puja 2022: How it is celebrated across India 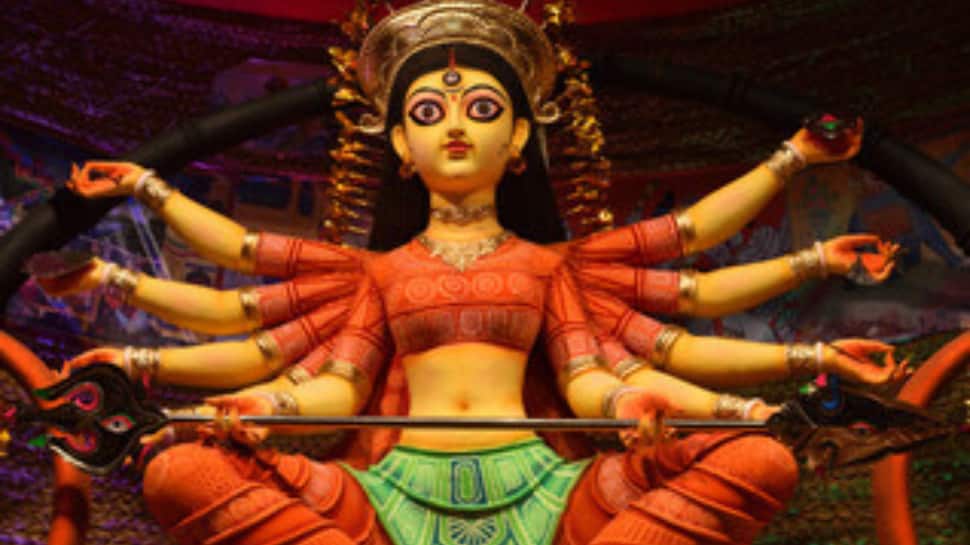 Navratri is being celebrated all over the country. However, be it Navratri or Durga Puja, the festivals are all about celebrating togetherness, having a blast with food, colours, festivities, and happiness. Another reason why these festivals are widely celebrated is because it brings people back to their homes to celebrate the auspicious occasion.

Navratri which means nine nights, is celebrated to worship goddess Shakti and the nine incarnations. However, Durga Puja is all about the celebration to mark the homecoming of goddess Durga from Kailash Parvat to her maternal house.

India is popular for its diverse nature. It should be a matter of pride for all of us that despite being diverse, India is united by culture, festival, celebrations, and brotherhood. Don’t believe me? Well, take Durga Puja as the example. The festival is celebrated all across the country, be it north, south, east or west. In what makes the celebration even more beautiful is that in different states, the festival has different names and different rituals.

This story explains how Navratri is celebrated in the different parts of the country:

In the North India, Navratri is celebrated to mark the victory of lord Rama over Ravana. Lord Rama’s returned back to Ayodhya after spending fourteen years in exile with wife Sita and brother Lakshman. To celebrate the festival, people offer sweets and food items to gods. People also observe fast to worship the goddess.

After North India, let’s talk about Eastern India and how this celebrates the festival. It is mainly in West Bengal and the North-East that Navratri is celebrated as Durga Puja. The people of North East and West Bengal especially celebrate this festival to mark goddess Durga’s triumph over Mahishasura. Women, during these days, don the sarees that are white and red in color. The decoration with lights enlightens the city and from the day of Mahalya and Bijoya Dashami, people enjoy at the pandals where there is delicious food and various rituals. On the day of Bijoya Dashami, the idols of Maa Durga are immersed in water.

Navratri is an extremely important festival in West India, Gujarat to be specific. Women observe fast to worship Goddess Shakti. Every house is decorated, and temples have frequent visitors. Functions and events for Garba – the traditional dance of Gujarat – are organised where both men and women dance with dandiyas.

South India has its own way of celebrating the festival.  Kolu – the exhibition of various dolls and sculptures is placed in the homes to celebrate Navratri. There are various names of the festival in different Southern states of India. While, in Karnataka, kolu is popularly known as Bombe Habba, the name is Bommai Kolu in Tamil Nadu. Kerala meanwhile calls it as Bomma Gullu, and, in Andhra Pradesh, it is called Bommala Koluvu.