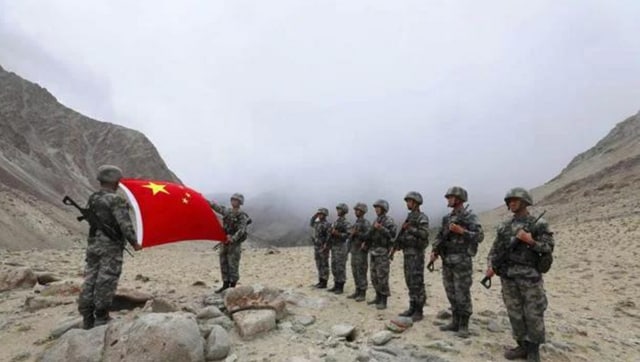 In the confrontation that had taken place in Tawang on December 9, Indian Army soldiers had thrashed a much larger PLA contingent of 300 Chinese personnel who were attempting to capture territory around a mountaintop held by India in the Yangtse sector Image Courtesy AP

Beijing: In an attempt to salvage some of its bruised and battled prestige following the thrashing by the Indian Army in Tawang, the People’s Liberation Army (PLA) of China conducted war games near the Line of Actual Control (LAC) in Arunachal Pradesh.

According to China’s official newspaper ‘Global Times’, this drill took place in the Xizang Autonomous Region in Tibet. A brigade of the PLA’s Xizang Military Command, that had been reportedly camping in the Zangnan area of Tibet for several months, carried out the exercise at an altitude of 4,600 meters.

China’s state-run television network CCTV has claimed that the tactical drills by the PLA reportedly featured long-range rocket artillery which used several types of munitions against multiple types of targets to test their long-range precision strike capabilities in the thin air of the Tibet plateau.

The PLA has claimed that in this drill, it was tested whether a target located 100 kilometers away could be penetrated with the help of a single system.

An NDTV report has claimed that China has deployed large numbers of drones and fighter aircraft at PLA bases in Tibet near the LAC in Arunachal Pradesh.

The report quoted sattelite images to claim that the PLA has stationed large numbers of fighter aircraft at bases in Lhasa, Bamda and Shigatse, all of which are in Tibet, near the LAC with the Indian states of Arunachal Pradesh and Sikkim.

In the confrontation that had taken place in Tawang on December 9, Indian Army soldiers had thrashed a much larger PLA contingent of 300 Chinese personnel who were attempting to capture territory around a mountaintop held by India in the Yangtse sector.

If Indian Army sources are to be believed, many Chinese soldiers have been injured in the Tawang clash while the number of injured Indian soldiers is very less and they have suffered minor injuries.

Recently, the Indian Army has conducted war games with the US Army near the LAC at Auli in Uttarakhand. China had strongly objected to this exercise.