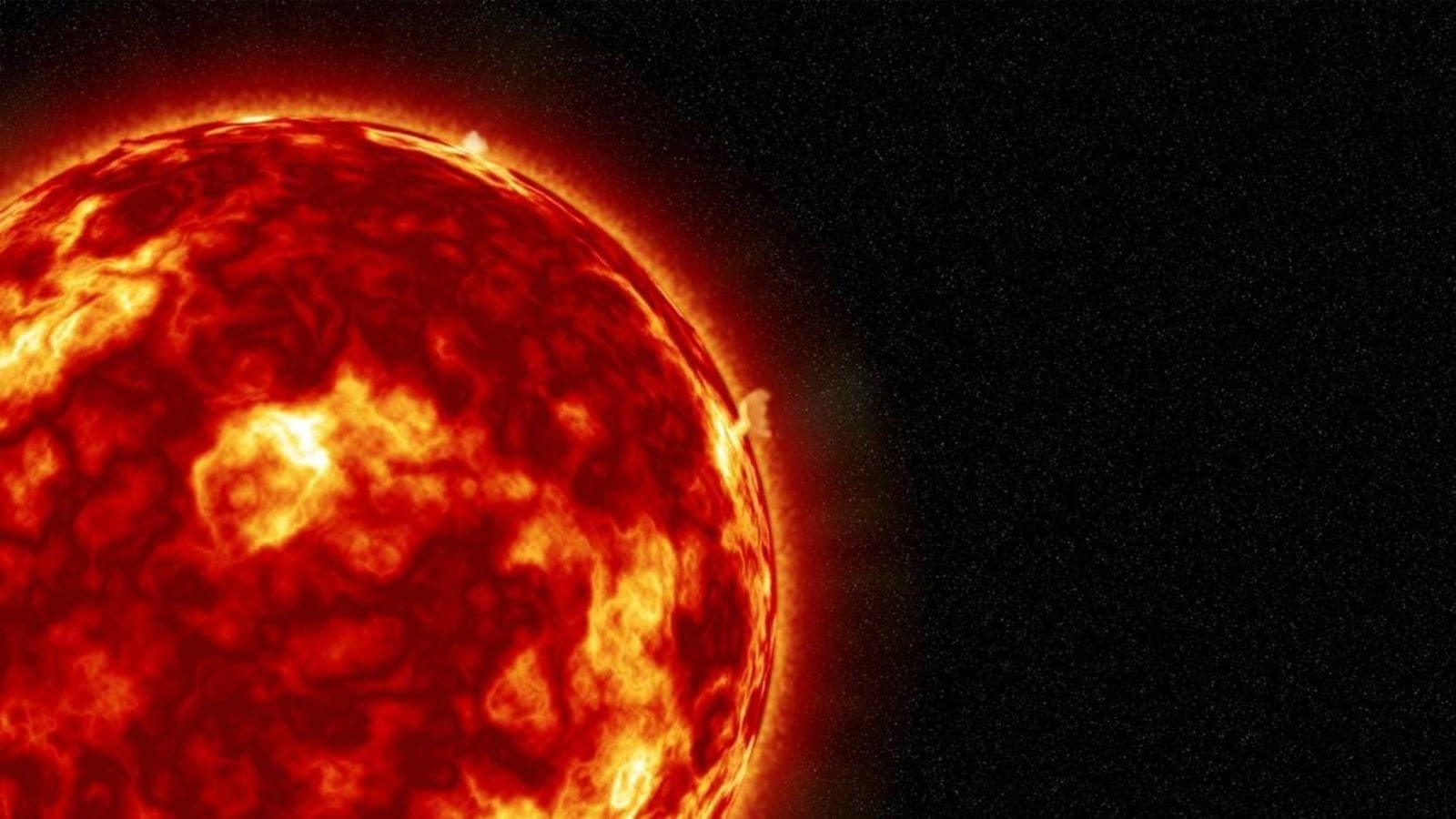 An unstable Sunspot was observed on the solar surface which could result in solar flares being hurled out.

The Sun’s solar activity is at a high due to it being nearly in the middle of its 11-year solar cycle. As a result, Earth has been in the firing line of solar flares, solar storms, Coronal Mass Ejections (CMEs) and more solar phenomena for the past months, and more are expected as the Sun moves ahead in its cycle. Although this solar activity might seem harmless due to the distance of the Sun from our planet, they can cause major damage. Now, scientists have observed an unstable Sunspot which could spit out dangerous solar flares.

According to a report by spaceweather.com, Sunspot AR3163 has an unstable magnetic field which could result in a significant explosion. This has increased the chance of solar flares with a 50 percent possibility of M-class solar flares. There’s also a small chance that X-rated flares could gush out. The report said,” Solar activity is low, but it might not remain so. At least one sunspot (AR3163) has an unstable magnetic field capable of significant explosions. NOAA forecasters say there is a 50% chance of M-class flares and a 10% chance of X-flares”.

According to NASA scientists, Earth has two very distinct advantages – the magnetic field and atmosphere. The magnetic field interacts with the solar flares to stop them while Earth’s atmosphere acts as an insulator and absorbs most of the solar particles. Alex Young, Associate Director for Science in the Heliophysics Science Division at NASA’s Goddard Space Flight Center in Greenbelt, Maryland said in a video way back in 2012, “We live on a planet with a very thick atmosphere… that stops all of the harmful radiation that is produced in a solar flare. ”

“Even in the largest events that we’ve seen in the past 10,000 years, we see that the effect is not enough to damage the atmosphere such that we are no longer protected,” he further added.

Therefore, it seems like you don’t have to search for another planet to live on any time soon, and your time on Earth won’t be cut short, at least by a solar storm.

Snapdragon Satellite unveiled for Samsung Galaxy S23, iQOO 11, more; Know what it can do