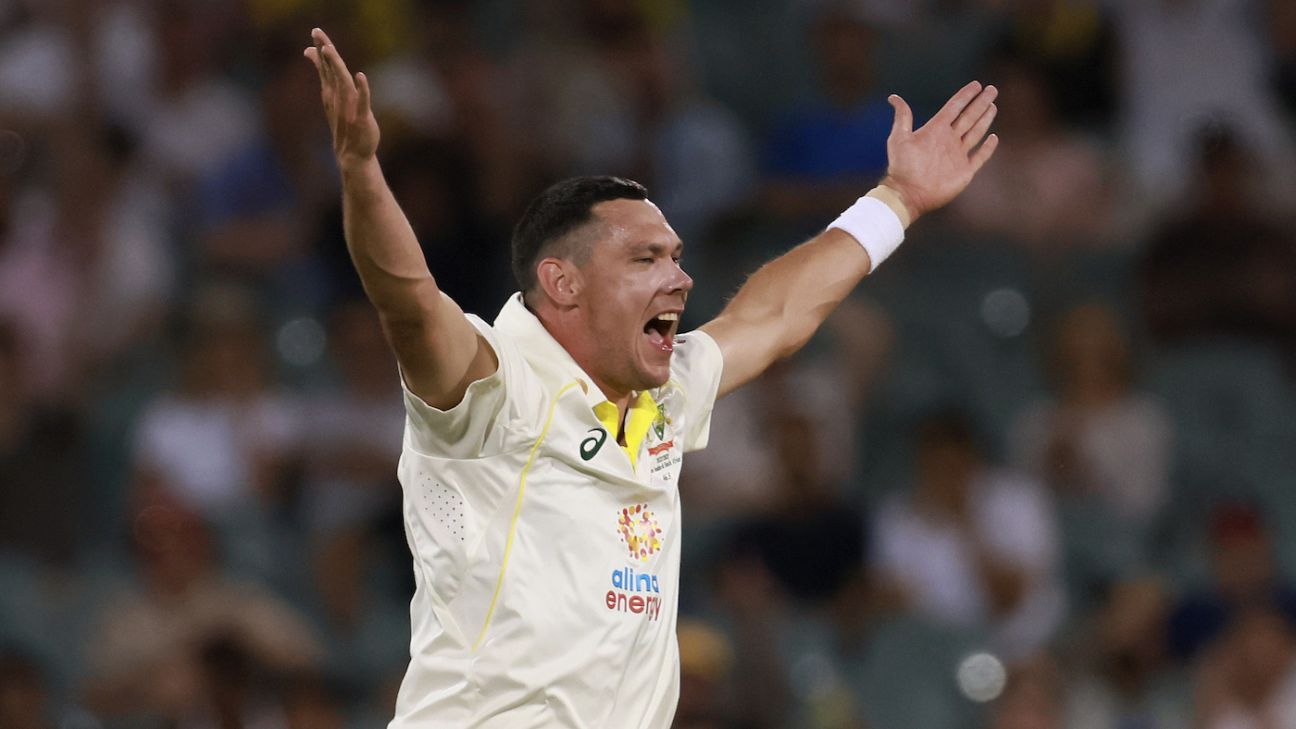 On the greenest Gabba pitch both Ricky Ponting and Justin Langer have seen, Pat Cummins asked South Africa to bat first against his four-seam attack. Cummins returns to the Test XI after missing the second match against West Indies with a quadriceps niggle and will lead a pack that is missing Josh Hazlewood, but includes Scott Boland, Mitchell Starc and Cameron Green.
A stern test, or as captain Dean Elgar put it, a “good challenge,” awaits a South African line-up who have collectively only scored two hundreds in this World Test Championship cycle, the least among the competing teams.
Both centurions: Sarel Erwee and Kyle Verreynne are in the line-up, which sees a return for Rassie van der Dussen and Temba Bavuma from respective injuries. Van der Dussen broke his left index finger in England while Bavuma has had an elbow issue and has not played any competitive red-ball cricket since the Bangladesh Tests in April.
The most interesting choice is the decision to keep Khaya Zondo at No. 5. Zondo batted for the first time in Tests in England and was preferred over Heinrich Klaasen, who is third on this season’s domestic four-day run charts and Theunis de Bruyn, who is the only batter apart from Elgar and Bavuma, to have experience in Australia.
Despite toying with the idea of including one of them as a seventh batter, South Africa stuck with six specialist batters, a bowling allrounder in Marco Jansen at No.7, three specialist seamers and one spinner. Australia’s line-up is unchanged from the batters that did duty against West Indies.

A sell-out crowd is expected for the opening day of the series, which is a contest between the two top-ranked teams on the WTC points table.