Home World Collins to back Jackson for Supreme Court, giving her a GOP vote 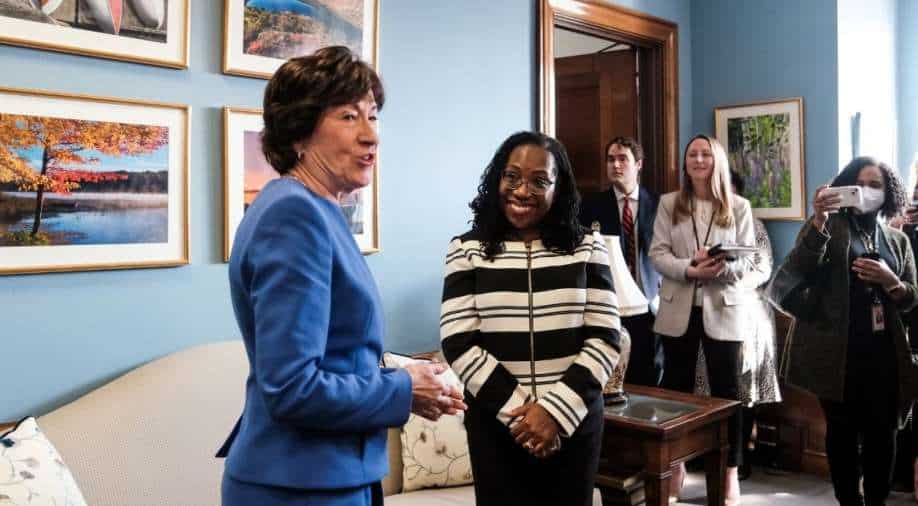 Sen. Susan Collins of Maine plans to vote to confirm Judge Ketanji Brown Jackson to the Supreme Court, ensuring that President Joe Biden’s nominee and the first Black woman to be put forward for the post will receive at least one Republican backer.

But whether Collins’ support is singular or opens the door to Jackson attracting the votes of other Republicans remained to be seen. The universe of potential backers from across the aisle shrunk Wednesday with an announcement by Sen. Thom Tillis, R-N.C., that he would oppose the nominee. Tillis, a member of the Judiciary Committee, had once been seen as a potential vote for confirmation.

Even as he praised Jackson’s “knowledge, her composure and her character,” Tillis said he could not vote to put her on the court.

Collins made her decision to back the nomination after a second personal meeting with the judge Tuesday afternoon. Collins said Jackson had alleviated some concerns that surfaced after last week’s hearings.

The centrist senator, often a key vote on Supreme Court clashes, said that she had been reassured that Jackson would not be “bending the law to meet a personal preference” and that the nominee met her personal standard for serving on the court.

If Democrats stay united, Collins’ vote would avoid the spectacle of Vice President Kamala Harris having to break a tie to seat a nominee on the Supreme Court, an unprecedented outcome that some saw as potentially damaging to the court’s standing.

Among other Republicans on the White House wish list are two retiring senators, Richard Burr of North Carolina and Roy Blunt of Missouri, but it appeared unlikely that either of them would back her.

That leaves two other Republicans, Sens. Lisa Murkowski of Alaska and Mitt Romney of Utah, as the most promising prospects for crossover support of Jackson. Romney met with the judge Tuesday but said he had not made up his mind and probably would not reveal his decision until the vote, now expected next week.

Murkowski, who is running for reelection this year in a contest projected to be the most expensive and challenging of her career, also may not make her decision known until next week.