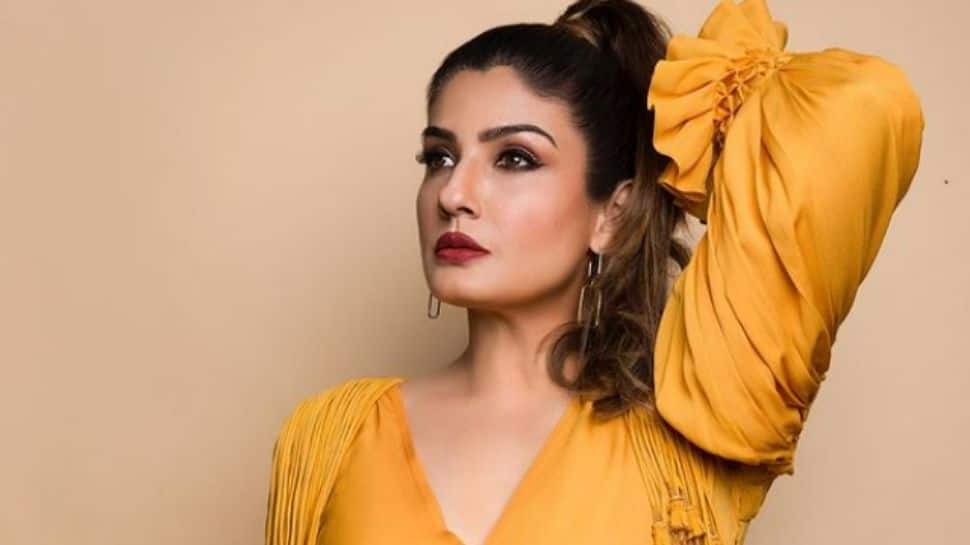 New Delhi: Renowned actress Raveena Tandon who made her debut with Patthar Ke Phool in 1991 recently opened up on how she began her career in the film industry and how she went on to become one of the most successful actors in Hindi cinema. Interestingly, Raveena never envisioned herself as an actress or had any big ambitions of becoming one but she was encouraged into it.

However, her journey to the top wasn’t easy. At the beginning of her career, Raveena had interned at an ad filmmaker Prahlad Kakkar’s studio. Here, she had to do menial jobs before stepping into modelling.

Talking about the same to Mid-day, she said, “I did start from cleaning the studio floors to wiping off vomit from the stalls floors and studio floors and stuff, and I did assist Prahlad Kakkar I think straight out of 10th Standard. Even at that time they used to say what are you doing behind the screen, you have to be in front of the screen, that is what’s meant for you and I would be like ‘no no, me, an actress? Never.’ So I am in this industry actually by default, never grew up thinking that I am going to be an actor.”

She also recalled that when models failed to show up for shoots at Prahlad Kakkar’s studio, he would ask her to model instead. Initially, she did it for free but later, thought it would be more beneficial to make money from it.

Later, she began receiving offers from the industry and learnt the ropes along the way.

On the work front, Raveena was last seen in pan-India film ‘KGF: Chapter 2‘ starring Yash in the lead. She will also share screen space with Sanjay Duttin their upcoming movie ‘Ghudchadi’.