Home Entertainment Christmas 2022: From ‘The Christmas Chronicles’ to ‘Shaun the Sheep’, here’s a 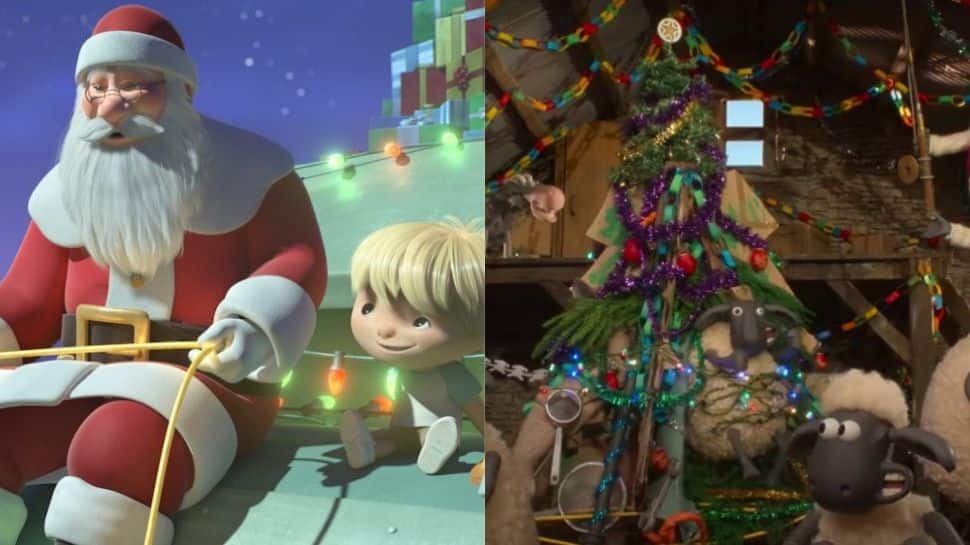 New Delhi: Christmas is just round the corner which means that it’s time to watch Christmas movies, sip hot chocolate, and cosy up in the pleasant weather. From ‘Scrooge: A Christmas Carol’ to ‘The Christmas Chronicles 2’, here are a list of fun titles on Netflix that are the perfect watch for the holiday season.

Christmas wouldn’t be Christmas without carol singing, right? Directed by Stephen Donnelly and starring Luke Evans, Olivia Colman, Jessie Buckley in lead roles. Scrooge: A Christmas Carol is a Netflix musical animated movie. An adaptation of Charles Dickens novel Holiday Chestnut, the story centres around Ebenezer Scrooge, a selfish miser who is presented with an opportunity to fix his past mistakes and improve his future by an unexpected guest.

Netflix’s Holiday Home Makeover with Mr. Christmas is a lighthearted drama about an interior designer featuring Benjamin Bradley as Mr. Christmas. This 4-episode series centres on Mr. Christmas and his troop of “elves,” who assist families in decorating their houses for the holidays and give different residences a magical makeover in time for Christmas.

3. Shaun the sheep: The Flight Before Christmas

Starring Justin Fletcher, John Sparkes, and Laura Aikman, Shaun The Sheep: The Flight Before Christmas is a Netflix animation comedy drama. The show revolves around Timmy, who is missing after a raid on a farm house to get bigger stockings for the flock. Timmy’s absence makes Shaun’s festival season difficult as he has to make plans to bring him back. In the midst of Shaun’s search for a bigger stocking, the entire farm embarks on a wild holiday adventure – complete with a sleigh ride.

4. A Storm for Christmas

Even in the best of times, travelling can be a nightmare around Christmas. The Norwegian comedy-drama A Storm for Christmas is the ideal holiday therapy. Directed by Per-Olav Sorensen, this limited series is an ensemble story set in Oslo airport on Christmas Eve as a storm grounds all the flights potentially forcing all the travellers to miss Christmas.

All kids who love trucks, cars, and other vehicles will enjoy this one. Directed by Eddie Rosas, starring Henry Keane, Glen Keane, and Lucas Neff, A Trash Truck Christmas is a Netflix animated series about Santa Claus and an unfortunate occurrence. Over the Christmas holidays, Santa crashed and ended up in a junkyard. Hank, Trash Truck, and their animal friends need to get themselves out of town to prevent the holiday from turning into waste!

Directed by Roberto Santucci and featuring Leandro Hassum, Elisa Pinheiro, and Danielle Winits in the lead, Just Another Christmas is a Netflix comedy film about a modern-day Scrooge Jorge played by Leandro Hassum, a father whodislikes Christmas. As a result, waking up on Christmas Eve every year is his most terrifying nightmare. Don’t forget to add this Comedy Drama to your Christmas watch list too!

Directed by Chris Columbus and featuring Kurt Russell, Goldie Hawn, Darby Camp in the lead, Netflix’s comedy series The Christmas Chronicle centres on a girl who is dissatisfied with her mother’s new love connection. Because of this, Kate flees and ends up at the North Pole. She encounters a mischievous elf there. In order to stop a sinister evil from permanently ruining Christmas, Kate must reconcile with Santa. If you are looking for a show to watch with your kid, you can’t go wrong with this heartfelt yet hilarious show.

We wish you a Merry Christmas!

News Next Desk - February 7, 2023 0
David Carrick, a London cop, who was accused of sexually assaulting women during a course of 17 years, has been jailed for life after...
%d bloggers like this: